Putting those hard-to-describe feelings down on paper 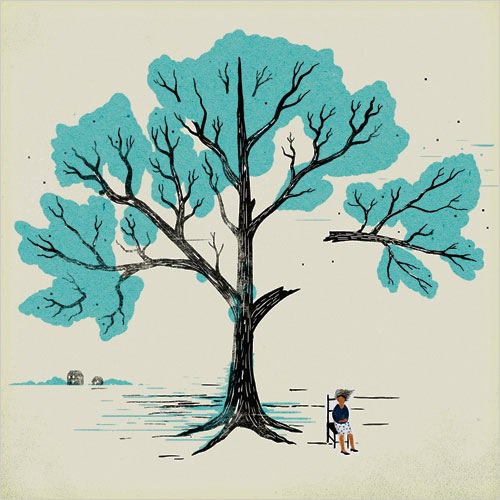 Love feels like the gust of cold air that hits you in the face after being inside the mall in the winter.

It feels like watery slush under your shoes the day after a snow storm (despite the fact that you dressed for spring).

It tastes like that last sip of coffee that sat at the bottom of the mug, that you’re only drinking to save yourself the trouble later when you’re washing it. The kind of trouble that later leaves a stain.

It sounds like the fuzziness of a pair of headphones that got dropped in a puddle while you ran to catch a late bus home. That fuzziness that makes you wish you didn’t try at all and instead read some type of introspective or validating short story.

Anxiety feels like both the hot and cold side of your pillow as you toss and turn in bed, unable to sleep.

It tastes like cotton mouth and the end piece of bread in a loaf that’s sort of smashed and stale because you avoided it for a week.

It sounds like the ringing of your alarm even after you’ve turned it off. The piercing sort of ringing that lingers with you long after it should.

It smells like the folder aisle of staples when you know you haven’t done the homework that’s due tomorrow.

It looks like an empty stage with an accompanying crowd, all with piercing gazes staring me down.

Fear smells like spoiled milk at the back of the fridge that you’ve been avoiding for weeks.

It tastes like spicy peppers on a long road trip (where you’re not sure where the next rest stop bathroom will be).

It sounds like the stillness of the night until you hear that one troublesome bang that convinces you there’s a burglar in the house (and you start drafting your escape plan).

It feels like the tightening in your chest when you’re getting on a roller coaster (that’s only absolved by the distraction of the drop in your stomach when you’ve reached the top).

Fear looks like a room full of all the people you haven’t seen since high school (including your ex).