The decision for the vote was eight to one 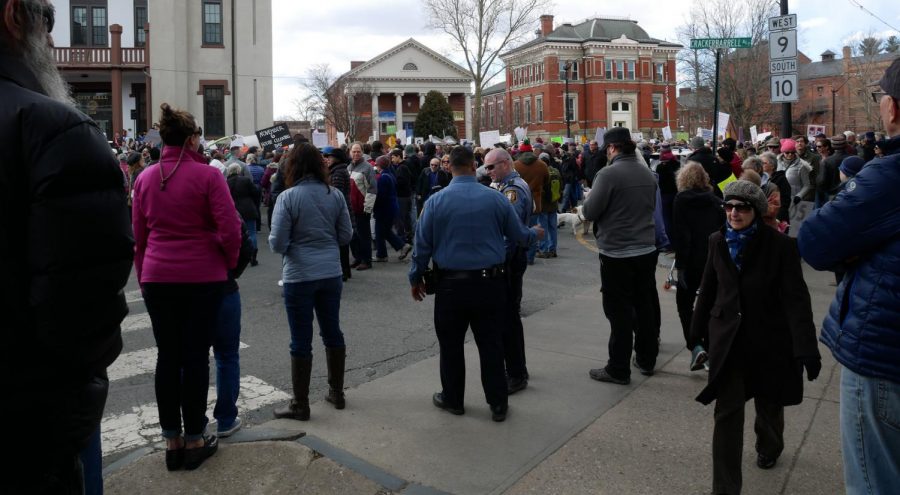 The Northampton City Council decided to allocate $75,000 to the city’s police department for the next fiscal year in an eight-to-one vote last Thursday. The money will be used for new training and equipment, including tactical weapons and gas masks.

The report states that training “is imperative in order to effectively handle demonstrations/active shooter/multi-hazard situations” and that “related equipment is important to protect the public and police personnel.”

The department also plans to spend $41,500 on a separate project for a new animal control van with cages and other animal control equipment. According to Northampton Police Chief Jody Kasper, “Our [the police department’s] plan with the purchase of a new ACO vehicle is to keep the old van as part of our fleet and have it as a back-up vehicle for the ACO.” The maintenance costs of the van will be paid out by the Animal Control Officer.

Many members of the Northampton community opposed the recent decision from the City Council.

In a public reading of the decision, former Northampton City councilor Pamela Schwartz of Ward 4 believed that the council should hold off on their decision for appropriating funds, according to the Daily Hampshire Gazette.

Additionally, councilor Alisa Klein of Ward 7, the only councilor to vote against the decision, said that the more information and “more answers” needed to be released regarding the policies for deployment and purchasing.

According to the Daily Hampshire Gazette, during the reading, Klein put forward a resolution to withhold further discussion of the decision until more information is released by the police chief. The resolution came in 6 to 3, with only councilors Klein and Marianne LaBarge of Ward 6 and councilor-at-large William H. Dwight voting in favor of it.

In response to councilor Klein’s decision, City Council President Ryan O’Donnell said, “I really respect councilor Alisa Klein and I respect her viewpoint.” O’Donnell also noted that in the past there has never been an issue in getting the police department equipment.