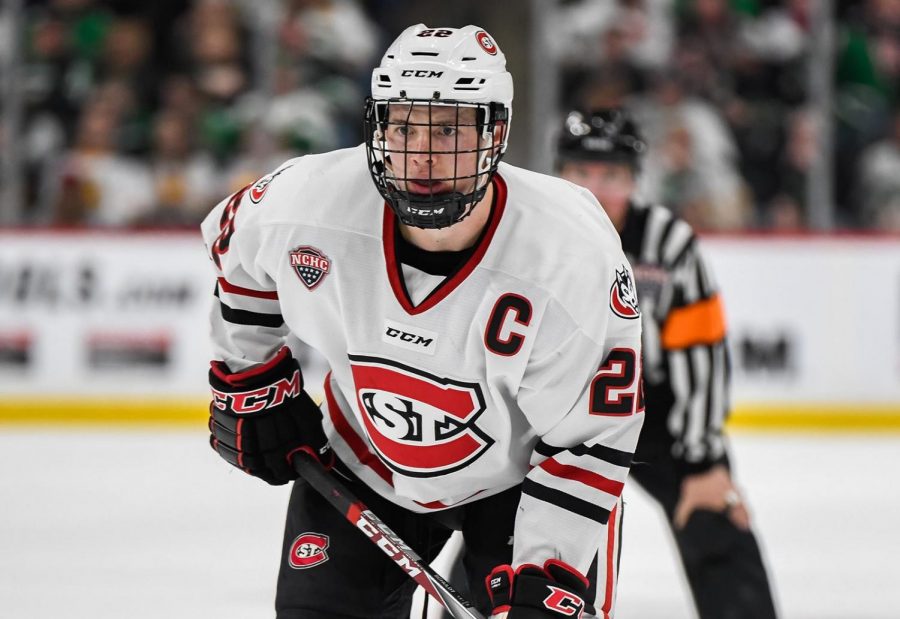 The 2018 NCAA men’s hockey championship is set to begin this weekend, with regional play kicking off Friday and continuing into Sunday at various locations across the country. The four teams that make it out of each respective region will then travel to Saint Paul, Minnesota to compete in the ‘Frozen Four’ at the Xcel Energy Center April 5th and April 7th.

This year’s tournament will be one of the most tightly contested in recent memory, as all 16 teams involved are playing its best brand of hockey prior to the nationwide event.

Defending champion Denver will look to hold on to their title and earn its ninth title in program history to tie Michigan for most wins ever.

St. Cloud State enters with the No. 1 overall seed despite falling to Denver in the NCHC championship.

As far as total teams per conference in the tournament, the Big Ten included the most teams with four. Hockey East, ECAC, and NCHC each field three teams, while the WCHA enters two and Atlantic Hockey has one.

Here’s a breakdown of each region:

Notre Dame boasts the No. 1 seed within the group but any of the four could find themselves heading to St. Paul. Clarkson has already played Providence twice this season, walking away victorious in each game.

St. Cloud State is the favorite to emerge from this region as the top team in the tournament. Minnesota State carries the most wins out of any team in the championship with 29 victories.

Michigan vs. Northeastern, Saturday at 4:30 p.m.

This is probably the most competitive region, as all four teams are on fairly equal ground. Boston University had a tremendous second half of the season that pushed them all the way to the Hockey East championship; Northeastern dresses a dangerously-talented offensive squad that has powered itself all year long. Cornell has enjoyed a breakout season, yet Michigan is a traditional power that cannot be taken lightly.

Penn State will enjoy home ice as hosts but have no small task playing Denver in its first game. Ohio State is the No. 1 set in the quartet and will face a Princeton team that needed a dramatic comeback to win the ECAC semi-final against Harvard in overtime and beat Clarkson in the Championship, Lake Placid, New York.