Panelists connect their occupation struggles in Springfield, Honduras and Palestine 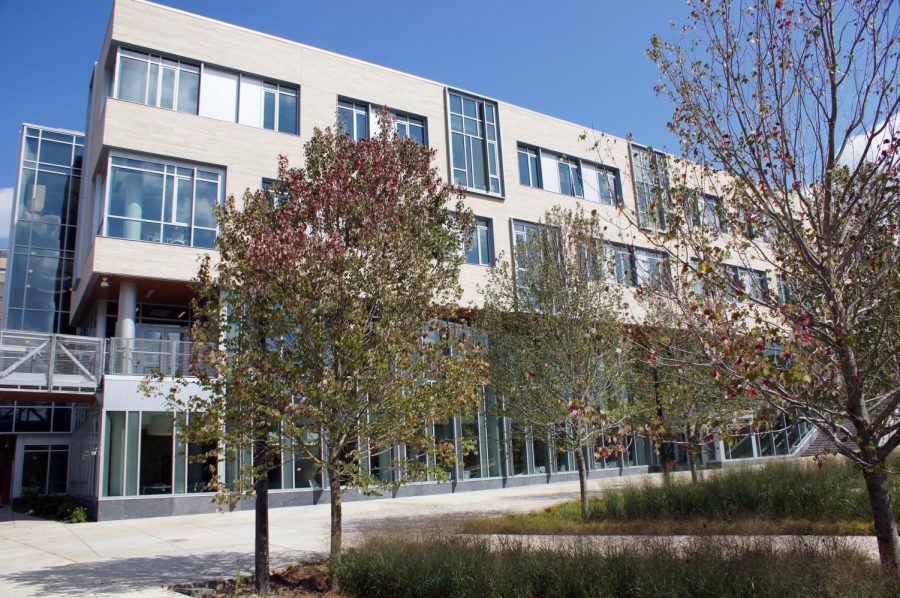 A panel of four speakers spoke at the University of Massachusetts on Tuesday, discussing ways of resisting occupation in Springfield, Massachusetts, Honduras and Palestine.

The event was sponsored by UMass Students for Justice in Palestine, Western MA Jewish Voice for Peace, Out Now in Springfield, the Department of Health Promotion and Policy in the School of Public Health and Health Sciences at UMass and Brattleboro Solidarity.

The panel featured Stickii Quest and ShaeShae Quest, lead organizers at Out Now, a non-profit organization that aims to empower LGBTQIA+ youth and BLM413, Black Lives Matter’s chapter in Springfield, as well as Asís Castellanos, a Honduran activist and educator and Zeiad Abbas, a Palestinian refugee from the Dheisheh Refugee Camp in West Bank, Palestine and co-founder of the Ibdaa Cultural Center in Dheisheh. Abbas is also a filmmaker, journalist and educator.

The talk began with Stickii Quest explaining the goal of Out Now. He said it was meant as a safe space for young people, who are under the age of 22, “to come and explore and play around with the ideas of gender.”

The program is a LGBTQIA+, youth-led, adult-advised organization that works to promote harm reduction, self-determination and community building through anti-oppression organizing.

“We see folks from all different stages in their lives…middle school, their first time applying to jobs or the first time wearing clothes from the opposite gender,” Stickii Quest added.

He then explained that part of the Out Now’s work is support individuals in court; organizers regularly meet with people who get into altercations with the police and are now in the judicial system. Organizers follow the court cases from start to finish and make a presence in the courtroom so that the judges get to see people standing behind their community members.

“We have made an effort to understand that what is happening in Springfield is really just happening all over the country, all over the globe…We work really hard to create the community that understands the United States’ role in the attacks happening in other countries,” said Stickii Quest.

Castellanos, a Honduran activist and educator, spoke after Stickii Quest, talking about the 2009 coup d’état in Honduras.

Castellanos works with activists and organizations in solidarity with Afro and indigenous Honduran communities, denouncing human rights violations. He explained that the military in Honduras has been trained by United States army forces and Israel.

There is U.S.  intervention in too many places, Castellanos argued, including Honduras, the Dominican Republic, Cuba, Haiti, Mexico, Guatemala and Panama. From 1903 to 1955, the U.S. occupied Honduras and installed a military base that is engaging in occupying efforts.

Castellanos stated that militarization of police is getting worse every day and that immigration to the U.S. has doubled for women and children who face political persecution.

ShaeShae Quest then spoke on the theme of displacement as a general term, explaining that displacement is different in Palestine, Honduras and Springfield, but it is still an act of violence that is removing people from their own homes.

She said that Out Now was the place that gave her the words to understand the oppression she was experiencing as a young kid growing up.

“I couldn’t place why I always felt less than. I couldn’t understand why it was always us that were falling behind,” ShaeShae Quest said.

She then discussed the unveiling of the $960 million plans for the MGM Springfield casino as an example of displacement. Because of that, rent has been increasing, making those who can’t afford it homeless.

“This is the reality of living in a poor community that gets occupied by people with access to more than you do,” she said.

A vacant two-bedroom apartment is now $1000 in Springfield, according to ShaeShae Quest, and the waitlist for Section 8 housing is 15 years,

The building of the casino will also increase police presence and surveillance, ShaeShae Quest said, “which means all the brown and black folks will have to be more cautious with how they move through a city that they grew up in.”

ShaeShae Quest went on to explain that it is problematic when others are forming the narrative that poor communities are automatically violent just because they are poor.

“Poor communities are surviving and resisting occupation in a world that is trying to kill them and enslave them,” she said.

He said that he was born and raised in a refugee camp in which he and his family suffered because of the military occupation. His family was uprooted from their village and forced to become refugees. There are about 7.2 million refugee Palestinians worldwide who have been uprooted from their houses. That is two-thirds of the Palestinian people displaced because of occupation.

“Sometimes you can’t choose what you want to be. Actually, I hate to be a political person, but in our case, we don’t have a choice,” Abbas said. “We didn’t choose to do this; politics chose us. We find ourselves in this situation, where you need to react and respond to this occupation.”

Abbas explained that there are four billion dollars going to the Israeli government from the American government every year, and around 2.1 billion from charitable organizations.

Abbas ended his segment stating that he believes the right of return in Palestine is the key to peace.

“I am not an activist, but this struggle is our lives,” he said.

Alla Love, an attendee at the event, said she was very touched by what each panelist said and teared up when hearing about the Out Now youth organization because she wished she had something similar when growing up.

“One of the most powerful parts of this event for me was the cross-national, cross-identity, cross-different types of operation solidarity, because white supremacist, capitalism and white one percent has solidarity against poor working class of all identities, so us to have a true resistance, we need to be having international solidarity,” Love said.

Danielle Winters, an environmental justice organizer at Arise for Social Justice, an organization that advocates for low-income people, said that the event conveyed the right message. She particularly liked when it was mentioned that black people specifically should not be carrying the emotional weight of always being behind scenes moving everything forward.

Afnan Nehela can be reached at [email protected]