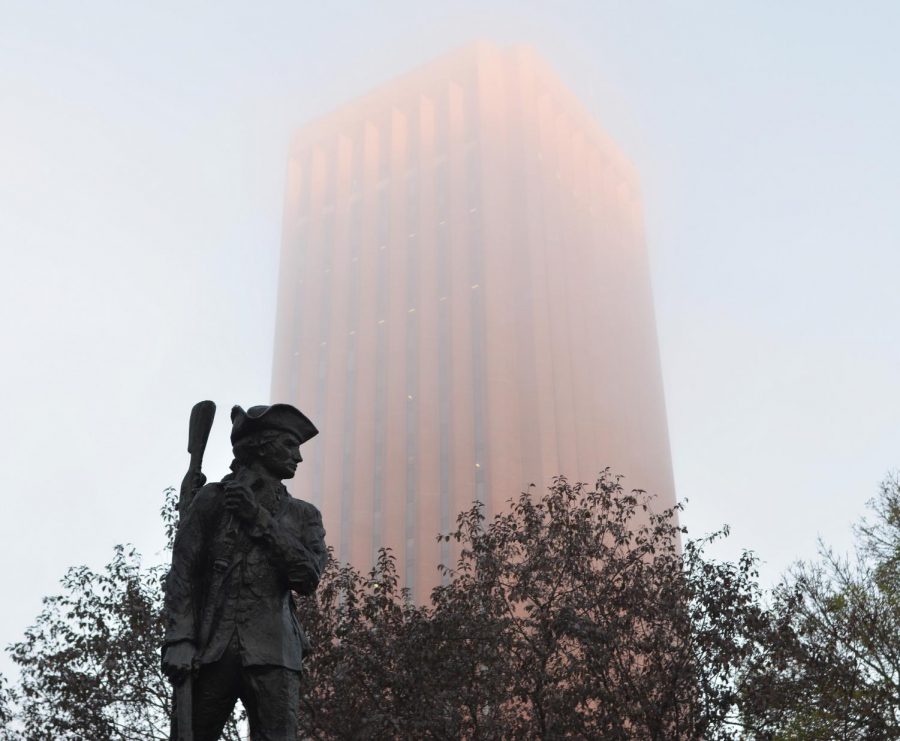 The Political Economy Research Institute at the University of Massachusetts published new editions of its three indexes ranking the top air and water polluters as well as greenhouse gas emitters in the United States on Feb. 26 using data from the U.S. Environmental Protection Agency.

PERI is a free-standing institute with a close relationship to the Economics Department, which does research on a variety of policy-relevant areas, according to Michael Ash, a UMass economics professor. Economics professors Ash and James Boyce are co-directors of PERI’s Corporate Toxics Information Project, which has been releasing these lists irregularly for over a decade, according to Ash.

After a pesticide facility owned by a U.S. company leaked in India, killing thousands of people, the U.S. passed a law requiring every industrial facility in the U.S. to publicly report the quantity of different toxins it releases into the environment, according to Ash. The EPA compiles this information into the Toxics Release Inventory, which Ash and Boyce use as their base for the indexes. For the 2018 indexes, Ash and Boyce used data from 2015, the most recent data available.

“The U.S. was the global pioneer; a lot of other countries have followed, but the U.S. led the way in requiring industrial facilities…to release this…announcement of what they did each year,” Ash said.

According to PERI’s website, the “Corporate Toxics Information Project develops and disseminates information and analysis on corporate releases of pollutants and the consequences for communities.” The project’s tagline, bolded on the website, reads “From the Right to Know to the Right to Clean Air and Water.”

According to Ash, the project’s research builds on the work the EPA already does to make the Toxics Release Inventory more accessible to the public. The EPA takes three steps to do this: scoring every chemical on a toxicity scale to show the relative toxicity, “modeling for the air releases from the point of release to the landscape around the facility” to show easily where the concentrations of these chemicals are the greatest and the number of people living under the plume, or the people living under high concentrations of these chemicals.

“The Toxic 100 informs consumers, shareholders, lawmakers and communities which large corporations release the most toxic pollutants into our environment,” said Boyce, in a press release. “We assess not just how many pounds of pollutants are released, but which are the most toxic. People have a right to know about toxic hazards to which they are exposed. Legislators need to understand the effects of pollution on their constituents.”

At UMass, Ash and Boyce add two important pieces to make the information from the EPA more accessible. Ash said, “We think it’s really important to connect the facilities to the companies that own them…a company like Exxon Mobile might own many tens, 30 or 40 facilities.” The project adds a company’s facilities together to provide a comprehensive picture of the company.

“Once this model has been made, you don’t need to look only at the total number of people under the most affected part of the plume, you can look at differences. We focus on environmental justice populations, which basically means [low-income] people and minority populations whose experiences have shown they are disproportionately exposed to industrial toxics,” Ash said. “We are able to describe for every release, every chemical from each facility, what fraction of the human health risk from it falls on these vulnerable communities.”

According to Ash, although only 100 companies appear on the individual indexes, any company that reports to the E.P.A. can be searched for at Toxic100.org.

The top companies emitting greenhouse gases into the environment, according to the Greenhouse 100 Polluters Index, are Southern Company, Duke Energy, American Electric Power, NRG Energy and Berkshire Hathaway. The U.S. Government ranks seventh on this index.

The companies at the top of the Toxic 100 Air Polluters Index are Zachry Group, DowDuPont, Berkshire Hathaway, General Electric and Royal Dutch Shell.

Also, on the website, there is a combined list showing every company’s ranks on all the indexes. For example, with this list it’s possible to see that Berkshire Hathaway appears at three on Toxic 100 Air, five on Greenhouse 100 and 21 on Toxic 100 Water.

Ash said, “We’ve worked with students over time. We’ve had undergraduate and graduate students work on this…There are opportunities for undergraduate research using these data.”

According to Ash, “right to know is [the] key concept; the idea that people have a right to know… in a bunch of dimensions.”