Sowing the seeds of hope and success in Holyoke 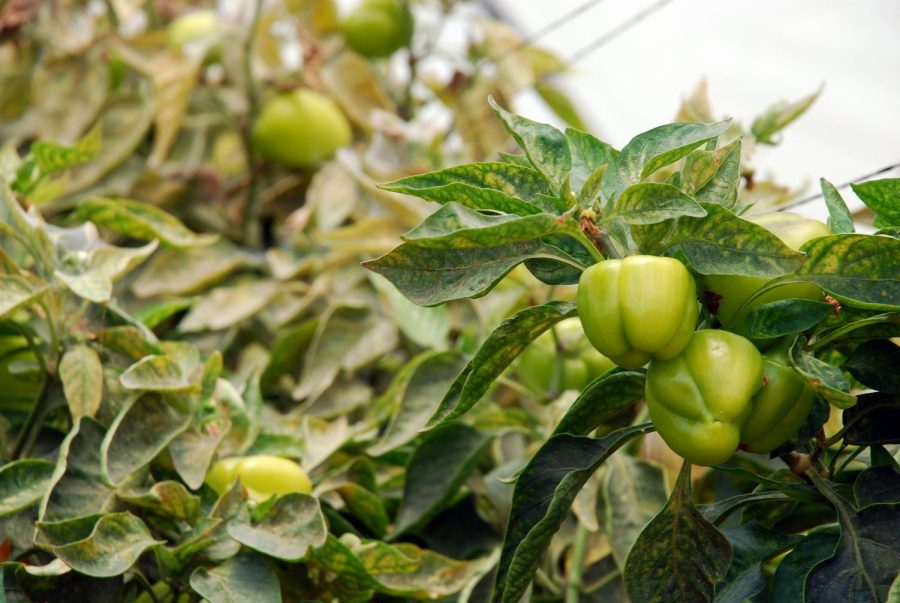 The latest and last edition to a six part series spanning two semesters hosted by the Stockbridge School of Agriculture at the University of Massachusetts introduced guest speakers Margot Wise, a farm manager of the Holyoke-based urban agriculture group Nuestras Raices, and Isis Feliciano of FoodCorps, a subset of AmeriCorps, which works to ensure nutritional foods for high-need school students.

Wise, a local who grew up in the Berkshires and is a UMass graduate herself—having majored in sustainable farming—began the discussion by introducing the history of Holyoke and how it came to its current status as “food insecure.”

“Holyoke is a post-industrial city,” Wise said. “We had paper mills and silk mills downtown. The first wave of migrants that worked in these mills were mainly Irish. And then in the 50s and 60s, the mills were already starting to shut down, but there were waves of Puerto Ricans migrating to Holyoke for the cheap housing to work in the surrounding tobacco fields. Puerto Rico is an agricultural country and a lot of people there specialized in that at that time and so they were coming for those jobs. And so today, what we have is a city of 40,000 people roughly. Pretty much exactly 50 percent of those are Puerto Ricans.”

She further added, “Because of the trades shutting down, the mills shutting down, it turned out that a lot of people ended up being stuck in Holyoke without jobs. Our current unemployment rate is about 29 percent, so that trend is still happening, and there’s a lot of food insecurity as a result. So here we are in the south part of the Pioneer Valley which is known for its local food movement, and Holyoke is a food desert. So about a third of our population is food insecure and 100 percent of our students are kids that qualify for free school lunch. There’s a lot of bodegas and corner stores, but we only really have two grocery stores.”

Wise was quick to also point out the role of transportation in this issue.

“Transportation is a big factor in food justice and food insecurity that we are seeing in our own city…more than half of our residents in Holyoke live more than half a mile from a grocery store which, if you don’t have a car, that’s a long way to go with heavy bags and the buses around here. The PVTA, they only allow each person to have two bags on the bus and some of the bus drivers enforce it more than others.”

Despite all of this, it was in 1992 that Nuestras Raices formed from a small group of Puerto Rican farmers at a place called “la finquita.”

The group supplies a variety of locally grown crops and produce to the large Latinx community of Holyoke from eggplants, to cilantro, to ají dulce, a type of sweet pepper with the spice of a hot pepper which is the main component of sofrito, a staple sauce in Latin American cuisine.

Foods such as ají dulce are considered to be “cultural crops” which have a particular value to the Puerto Rican community in Holyoke, as they are in high demand.

“People in Holyoke do want to buy vegetables,” Wise said. “If you ever think differently, that’s [Holyoke residents choosing no to buy fresh produce is] a myth; I know that from working at the market.”

Given the recent reality faced in the city of Holyoke, the importance of such crops is especially relevant.

“We’ve had 3,000 plus people migrate to Holyoke since Hurricane Maria and let me tell you those people aren’t coming here to eat kale,” Wise stated. “They’re coming to Holyoke because they have family in Holyoke and it feels familiar and they can sleep on somebody’s couch or get by for a while.”

In reference to the differences between communities in the Pioneer Valley in terms of food security, Wise said, “It’s crazy to me how drastically different the worlds are 10 minutes down the highway.”

A person who knows this difference well is Feliciano, a long-time resident of Holyoke who graduated from the city’s high school and, before coming assuming her current position, has worked various jobs, including a more-than-a-decade long position in a now closed long-term care facility in the area.

Harkening back to the events which led her to FoodCorps, Feliciano recalled, “On unemployment…I started dating someone who lived in Northampton. I didn’t really know much about Northampton, I sort of stayed in my bubble of what’s Holyoke and what I knew.”

However, during her stays in Northampton she learned about the city’s compost policies, which she was previously unaware of.

“Yeah and somebody comes and picks [the compost] up once a week…the next thing I know somebody shows up on a bike with buckets and I was just mind blown,” Feliciano said.

Feliciano distinctly remembers this as an example of the cultural divide between the more privileged areas of the Pioneer Valley, in towns such as Northampton, and those less privileged, such as Holyoke.

“I was just astounded at this entire culture and I was culture shocked,” Feliciano said. “I found myself grasping at what I knew to be true and all of those things just slowly falling through my hands.”

Feliciano, who, through a need to rid herself of the compost she collected, began her initial conversations with the agricultural community in Holyoke, which in turn led to her current role.

“That experience sort of brought me to Nuestras Raices,” Feliciano said.

She added, “I’m serving my second year at FoodCorps because it’s been that amazing. I have set aside my pride as well of thinking that I’m better and I need to make more money, smart but I don’t have the schooling, all of these things, it’s been worth every trying time, every day that I haven’t had that 10 bucks to put gas in my truck, it’s been worth every minute of it.”

Sarah Berquist, a lecturer in the Stockbridge school who was at the discussion event, reflected on the lecture series.

“One of the coolest things about Stockbridge supporting this year long event is looking at all the different opportunities for careers in sustainable food and farming and that it’s not just farming, and that it goes beyond growing food and looks at niches and areas that women have been developing really innovative work,” Berquist said.

Angela Roell, the event’s organizer and lecturer in Stockbridge added, “I think it’s really important to lend a voice to women and not just women, but non-binary folks and femmes and people who identify as other than men in the food system.”

Roell added, “[This event is] also meant to show the women sitting in this room that there are leaders that are working on these projects and that they’re out there and that they’re accessible and here they are and you can network with them.”