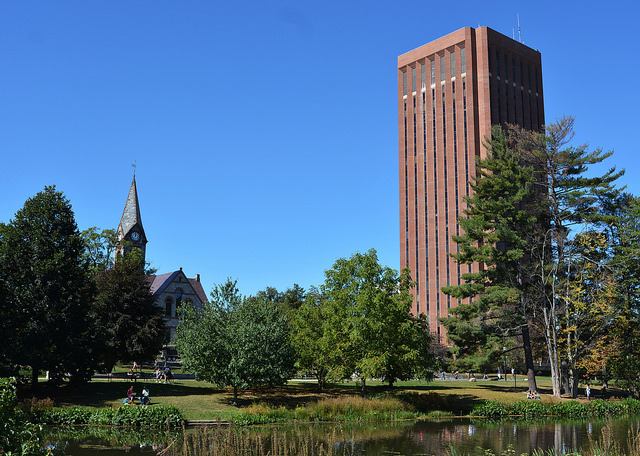 The School of Public Policy in the College of Social and Behavioral Sciences at the University of Massachusetts announced on March 1 the Commonwealth Policy Fellowships—grants of $10,000 awarded to 10 incoming students in the one-year master of public policy program.

Launched this year, the one-year program will admit its first students this spring with matriculation in the summer, according to Alasdair Roberts, the school’s director as well as a professor of political science and public policy.

“The one-year MPP makes a graduate degree in public policy much more affordable, as opposed to a two-year option,” said Roberts. “We’re doing it in a really cool hybrid format [with] one semester online and…two semesters in residence.”

According to the Public Policy and Administration Department’s communications manager, Maureen Turner, and the associate director of academic programs at SPP, Satu Zoller, the fellowships—which are only for students in the one-year program who don’t have graduate assistantships elsewhere—will decrease the cost of tuition for in-state students by about half and by more than a quarter for out-of-state students.

“One of our priorities is basically to look for ways of improving financial aid for students, so the program’s more affordable,” Roberts said, “and this is kind of a first experiment.”

“We’re hoping to be one of the most high-quality, affordable options [in New England and the Northeast],” Zoller said.

Additionally, SPP jumped 22 spots from 86th to 64th in the recently released rankings from U.S. News and World Report, according to the school’s press release.

In the press release, Roberts said, “The national reputation of the School of Public Policy is on an upward trajectory thanks to the high quality and achievements of our students, faculty, and staff.”

Zoller also commented in the press release, “This is an exciting time for the School. We’re expanding programs that prepare students to become effective leaders in the nonprofit, public, and private sectors.”

According to Roberts, the Beacon Hill Project, also beginning next year, will connect “our students directly with policymakers in state and local government in Boston.” The project is an expansion upon the networking trips to Boston and Washington D.C., which are part of the professional seminar, a core course for students in all the programs taught by Zoller.

Ghida El-Banna, an international student who grew up in Lebanon, graduated from Smith College in 2017. She will complete the accelerated MPP in May before beginning medical school this fall in California.

“I have in my class students who are older than me,” El-Banna said, “students who come in with workforce experience, and it’s very valuable in the sense that they do share these experiences with you in class.”

“It’s very useful…It opens up a lot of opportunities…You can put it in use in whichever way aligns with your interests,” El-Banna added, stressing the wide range of areas in which a degree in public policy can be beneficial.

Erika Tai, who graduated from Hampshire College, will complete the accelerated MPP with a graduate certificate in advanced feminist studies in May before going to work for Brandeis University in Waltham, Massachusetts. Tai is SPP’s senator in the Graduate Student Senate and the president of the Policy Administration Graduate Council, which is the school’s graduate student organization.

Alfonso Hidalgo, a transfer student as a junior to UMass, began the accelerated MPP the summer after graduation.

“They make sure that you’re not falling between the cracks…They’re here when you need them, and they answer any questions as well,” Hidalgo said, referring to the school’s support staff and faculty.

El-Banna, Hidalgo and Tai discussed the excellent support system within SPP, including staff, faculty and other students, and the school’s flexibility allowing students to pursue a curriculum aligned with their interests, including several dual-degree options.

However, they agreed the biggest downside to the school’s current programs is the cost. El-Banna, Hidalgo, and Tai have graduate assistantships through the Center for Multicultural Advancement and Student Success, the SBS Dean’s Office and Residential Life, respectively.

According to Tai, the Commonwealth Policy Fellowships are “going to make this program more feasible financially.”

“We’re so excited about this fellowship because it’s going to be huge,” said Tai.

“I would recommend it, absolutely,” Hidalgo said. “The big thing for me is the support, so that’s what I would highlight over and over again… I can seek out [Zoller and Roberts] to ask for advice, just speak to them, which is huge.”

“It’s a great community to be a part of, the students, faculty, staff, they’re all interested in improving the world, and there’s a great energy here,” Zoller said.

Elizabeth Wallace can be reached at [email protected]