Stop being an activist and start being a volunteer 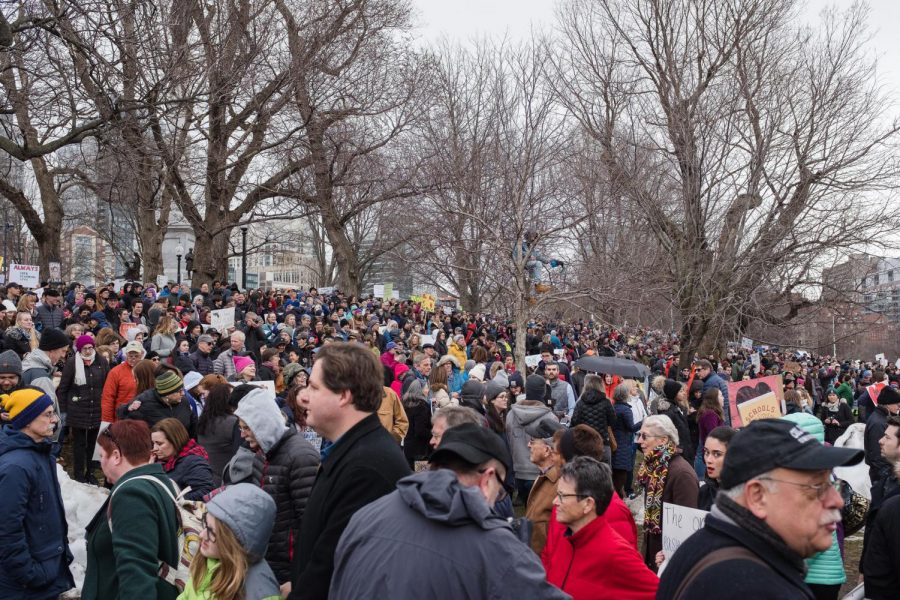 Over the weekend, the March for Our Lives took place along with 800 other sibling marches. Throughout the country and the globe, students, parents and countless others took to the streets to protest lax gun laws in the United States and the lobbies that enable them. Approximately 800,000 people clogged the streets of Washington, D.C., listening to the stories of survivors, singing in unison and calling for action from lawmakers — and it didn’t do a damn thing.

The people who went to the March for Our Lives organized and I think it’s great that they, at a bare minimum, care. Marching demonstrates compassion toward people, justice and all the other valuable aspects of democracy. But the thing is, everyone has heard the same rhetoric and complaints for years about how nothing has changed.

After the Sandy Hook massacre, Barack Obama literally went on national television and cried over the lives of dead children — let me repeat, the president cried on national TV — and still gun control reform failed in Congress. Two years later, 15 Republican congressmen as well as one senator, Jeff Sessions, ran unopposed in the 2014 midterm elections.

Let’s take another example of a memorable march in the past year — the Women’s March. Described as a revolutionary event, people were certain that this was the start of a new age of rebellion against the patriarchal establishment, but besides the admirable social movements that have followed it, there haven’t been any legislative improvements made for women’s health or women’s issues. In fact, just last October the Trump administration rolled out new provisions that make it easier for companies to restrict female employee’s access to birth control, and stricter abortion laws have been implemented in Texas and Missouri. Clearly, the Women’s March couldn’t do much to protect American women in the South from their state legislatures.

Marches don’t make policy — politicians do. You need the right people in positions of power who you are confident will work to write, bargain and compromise on bills that are manifestations of your beliefs and to make that happen, you need to help elect the very people who will do that for you.

You need to volunteer to canvass door-to-door in frigid temperatures and have nine out of 10 people yell at you to get off their porch or flat out slam their door in your face. You need to spend hours dialing up total strangers only to be hung up on or be told to go shove it. What you don’t need to do is stand in the street with thousands of people singing and crying about the lives lost. That’s about as useful as the thoughts and prayers of the very senators you probably hate for taking money from the National Rifle Association.

To get the results you want, you need to sacrifice your time and care enough to be hopelessly rejected. After all, working on a campaign is like being a music enthusiast with limited musical talents trying to convince a girl that you’re an actual musician. Putting a GarageBand album on SoundCloud and using it to hit on girls would yield you a comparable success-fail ratio as being a volunteer canvasser.

But campaigns make a difference if enough people are willing to throw caution to the wind and relentlessly propagate the message. And the great news is that there are many opportunities to do just that. In Massachusetts, every state House and Senate seat, 160 and 40 seats respectively, is up for election, including all nine congressional seats for the House of Representatives and Elizabeth Warren’s Senate seat. That’s 190 potential opportunities to volunteer and do something tangible for the issues you care about. If you want, you can hitch a ride with me every Sunday when I go to Lowell and volunteer for Rufus Gifford’s campaign in Massachusetts’s third district. I have a great time volunteering and when it inevitably feels borderline unbearable after the 30th door has been slammed in my face, I can laugh it off. At least I’m out here pushing for the right policies instead of standing in the middle of the road screaming at no one.