The dilemma of amateurism and college athletics

The lack of pay for NCAA athletes is problematic, but don’t hold your breath for a solution 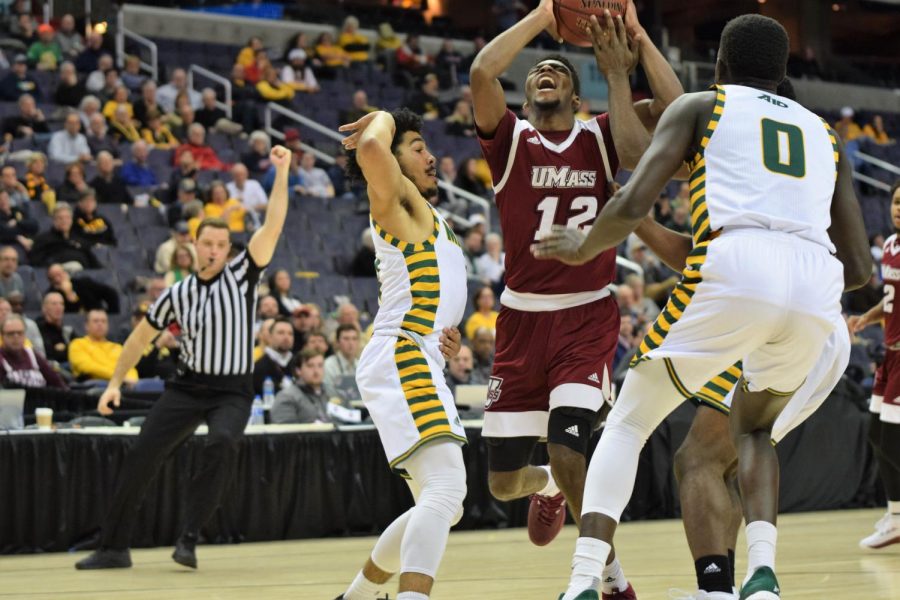 It’s March: the season of brackets and busts, sleepers and upsets, seeds and Cinderella stories. Behind it all is the National Collegiate Athletic Association, the all-powerful manager of college athletics. It isn’t a government agency, but for the reach that it has, it may as well be.

The NCAA rules its domain with an iron fist, imposing rules and penalties on its member schools when they step out of line. There’s the occasional recruiting violation or academic ineligibility. Beyond that, often the most discussed and controversial regulations revolve around “amateurism” – the idea that college players are student-athletes (in that order) and any compensation for play would tarnish the integrity of the game.

There are plenty of athletes caught up in pay-for-play in some form. Louisville basketball recently vacated its national championship for allegations that their coaches paid prostitutes to persuade recruits. Arizona basketball coach Sean Miller reportedly offered $100,000 for Deandre Ayton to come to his team. Running back Reggie Bush famously returned his Heisman Trophy after he was found to have accepted benefits to play for the University of Southern California.

Amateurism is problematic, with new scandals emerging every year and strong opinions on both sides regarding whether it’s right for college athletes to receive compensation.

Proponents of paying athletes point to the immense revenue the NCAA pulls in because of them, which was over $1 billion in 2017. For the schools that compete in it, college football generates billions of dollars every year, with the highest margin going to the University of Alabama at over $123 million. The rights to broadcast March Madness on television recently sold for almost $9 billion. College sports are a major market. But the athletes can’t see a cent of it in paychecks, despite the commitment they make to the sport over the entire year.

Advocates for pay will also mention that while some athletes receive scholarships, they are rarely protected from injuries. An athlete can be carted off the field on a stretcher and be told a day later the school will no longer be paying for their tuition. For smaller sports, even those with just-as-large commitments like track and field, the scholarships are severely limited, and athletes may not receive any stipend for their time.

Finally, those who favor paying athletes a wage point to examples like former University of Connecticut basketball star Shabazz Napier, who said in 2014 that he sometimes goes to bed hungry because he’s unable to afford food, a reality other athletes have confirmed. Not everyone can afford dining halls, and not every school has dining halls open until midnight like the University of Massachusetts.

But for every fan who looks at this situation and believes that there should be a paycheck for a student devoting so much time to a sport and pulling revenue in the billions, there’s a college athletics purist.

“It’ll ruin the game,” they say. How will you divide money among players? Will bigger schools with higher profits, like Alabama, be able to afford better players than, say, UMass? Will there be a baseline salary for each sport, or will a coach have to decide how much he wants to spend on his quarterback versus his defensive tackle? Will all athletes be paid the same? Should a star point guard at Kentucky be paid the same as a member of the swim team? How will Title IX factor in: will men’s and women’s basketball players be compensated the same despite the disparities in the money they bring into the school?

Will these student-athletes essentially drop the first word of their title, and simply assume the roles of professionals, with maybe a light course load on the side? And will they lose incentive to go to class and maintain reasonable grades if their only job is on the field?

It may seem morally right to pay athletes a living wage, or even just a small amount in order to justify all they do for the schools and the leagues, but every question the opponents ask are legitimate, and every single one stands in the way of a solution.

The problem is extremely complex, and attempts at resolving it have been made before. But the NCAA is also extremely powerful, and spends hundreds of thousands of dollars every year lobbying legislators to maintain their stature.

Some athletes have tried lawsuits and won, notably Ed O’Bannon, a former basketball player who sued the NCAA for using his image to profit without paying him. He won on antitrust grounds, but the courts didn’t establish the precedent of compensating athletes, so the struggle continues.

It should matter that those who are students before athletes work long hours as athletes before doing schoolwork and go to bed hungry without the money to put food in their stomachs. But the truth is that they are students first, at least until they turn professional. The complexity of the situation and the power of the opposition may prevent any meaningful action, but it seems wrong year after year, watching the NCAA take over an entire month and knowing that the players making it happen won’t get a cent of it.