The real problem with Blarney

UMass has blown the Blarney Blowout far out of proportion, both monetarily and physically 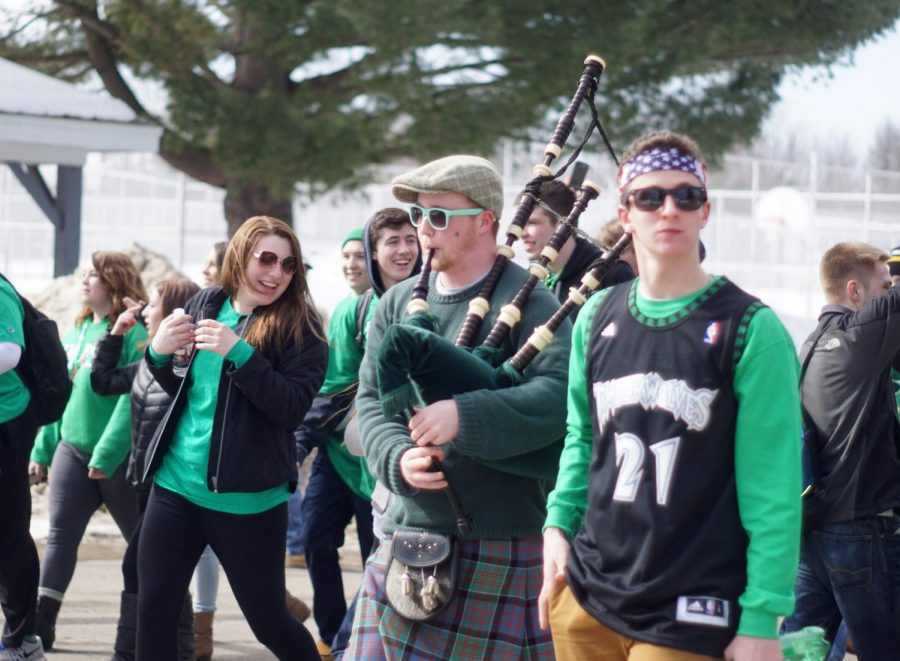 Blarney Weekend, arguably the best time of year to be a University of Massachusetts student, went off as most people expected this year. The pre-Saint Patrick’s Day celebration included the usual activities: day drinks around Amherst, packed bars downtown and students coming together to be merry and celebrate their “authentically appropriated” Irish heritages. However, the weekend seemed to be missing the “drunken chaos” and student criminality.  UMass officials reported that only one arrest was made during the entire weekend, a far cry from the 55 arrests that were made four years prior in 2014. Clearly, a lot has changed in Amherst, and there is no denying that university officials have seriously changed their tone in regard to Blarney.

In retrospect, the University went overkill. The streets around Amherst were a sea of police cars and unmarked cruisers. Between 150 and 200 police officers and two K-9 units were brought in from surrounding towns to contain the drunken gatherings.  The Amherst police even got into the Irish spirit, rolling out a few paddy wagons for a staggering one arrest. What’s worse, according to the Daily Hampshire Gazette,  the pay for many of these additional officers came directly from UMass. Moreover, UMass shelled out valuable taxpayer dollars for a very mediocre concert at the Mullins Center. In previous years UMass has spent close to half a million dollars on Blarney activities and security measures, leaving us with the question, is it all worth it?

UMass administration needs to do a lot less. In past years, Blarney wasn’t a huge problem for Amherst until UMass made it into a huge problem. Amherst didn’t make national news in 2014 because students were drunkenly celebrating St. Patrick’s Day. National attention was drawn because of the extreme measures the University and police took to try and stomp out the event. Drunk college students won’t make headlines across the nation, but police in riot gear, pepper spraying large groups of students certainly will. If you’re going to blame anyone for why Blarney has become such a blemish on the reputation of UMass, blame the Amherst Police and school officials, not the students. Blarney Blowout has been going on for years, and I find it very hard to believe that it wasn’t until recently that the student body’s extracurricular activities started getting out of hand. For crying out loud, kegs were delivered to dorms, and students used to elevator surf in Kennedy during the 80s. What changed was the school’s attitude toward UMass students and Blarney.

For the past couple of years, school officials have been desperately trying to crack down on Amherst students and rebrand the reputation of the student body. However, what’s more interesting is that if you look at the arrest data from 2014 Blarney, the majority of the students who were causing problems in Amherst weren’t from UMass at all. Only 21 out of the 55 people arrested on that weekend were UMass students. The vast number of people taken into custody were either non-students or students from other schools including URI, Stonehill, Mass Maritime, UNH and Trinity College. There were even students from prestigious institutions like Boston College and Georgetown, who were charged with assault with a dangerous weapon and liquor law violations respectively. It is infuriating that my fellow students and I are essentially paying for the crimes of a small minority of UMass alumni and students from other colleges.

Blarney weekend 2018 was great evidence that UMass is heading in a positive direction but should seriously consider revisiting their response to the event for next year. Preventing students from other colleges from staying in the dorms, eating in our dining halls and parking in our parking lots is a great idea. But do we really need to spend so much money on police presence or hosting a subpar concert that the majority of students don’t attend or won’t stay for the duration of? Stop wasting our tuition and tax dollars, and stop treating UMass students like children.