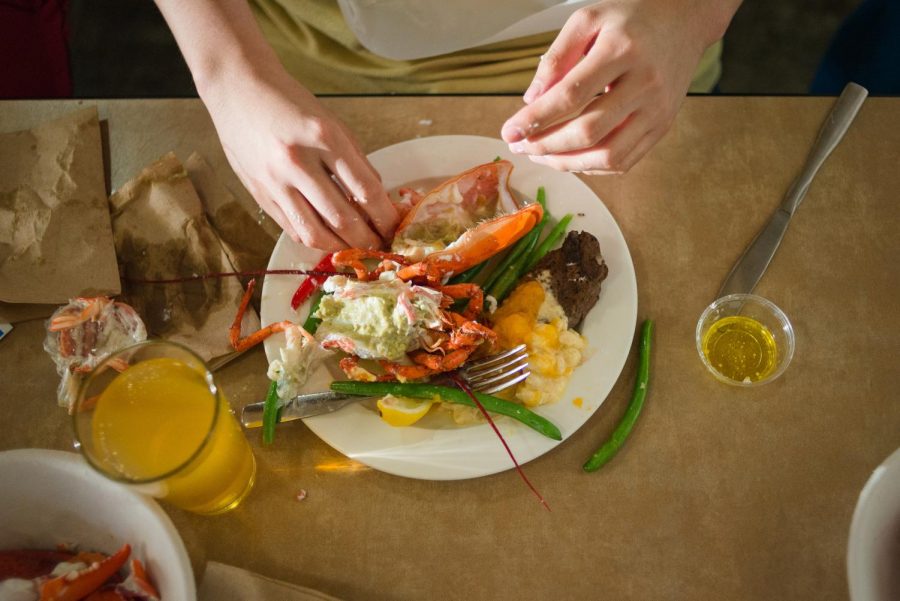 The “No. 1 Dining” label is not lost on University of Massachusetts students. One swipe into any of the four dining commons guarantees an unlimited supply of what many consider delicious food. But many students may not know what happens to the food that goes uneaten. The UMass Food Recovery Network is a student-run network that works almost every night to ensure that food from the dining halls does not go to waste.

At Worcester dining commons from Sunday to Thursday, and at Berkshire dining commons on Sundays, Tuesdays and Thursdays, students from the network pick up extra food during the transition between dinner and late-night. The food is given to the students in full trays where it is then taken to one of three shelters that the Food Recovery Network provides for: Craig’s Doors in Amherst, Not Bread Alone in Amherst and the Quality Inn, which hosts dinners for refugees in Northampton.

“A lot of people have been really curious about the Food Recovery Network but also still really intimidated by it. But what a lot of volunteers don’t understand is just how quick and easy it really is,” said Food Recovery Network co-president Jeffrey Heithmar, a biochemistry and molecular biology and public health sciences major.

In fact, one trip to a local shelter can take as little as 15 minutes — it’s just a matter of picking up the food from the dining halls and delivering them to the shelter. But it’s clear just how much of an impact the Food Recovery Network has on individuals and the community. Last semester alone, the network recovered 954 pounds of prepared food and since their start in 2014, the group has recovered about 4,500 pounds.

However, the Food Recovery Network is actively working on projects to reduce waste even further on campus, through reducing individual food waste, as well as attempting to provide food for food insecure individuals at the University. Currently, the network is trying to implement compostable trays to deliver food, much like the to-go containers used at the Blue Wall Cafe.

“People usually don’t think about food waste because with buffet style dining, it’s so easy to try a bunch of different things, and you don’t think about how much food you’re actually wasting,” explained UMass senior public health major Samantha Colby, an active member of the program.

The Food Recovery Network and its members said that their ultimate goal is to have the network, and food waste in general, no longer exist.

“The dining halls almost always work until close, and it’s great that they give all that food to us, but it should not be happening that often,” said network co-president Shannon Flynn, a psychology and public health sciences major.

With all of the work that they are doing, the Food Recovery Network is always looking for new members and volunteers to help distribute food to those in need, and it is easy to get involved, according to volunteers of the network.

“It’s important to note that this is all student-driven,” said graduate sustainability science student Shannon Mulkern. “Without our volunteers, none of this would even exist.”

As a group, the Food Recovery Network is extremely active and influential, but members emphasized that even just one person can still make a difference.

Annabelle Tocco can be reached at [email protected]