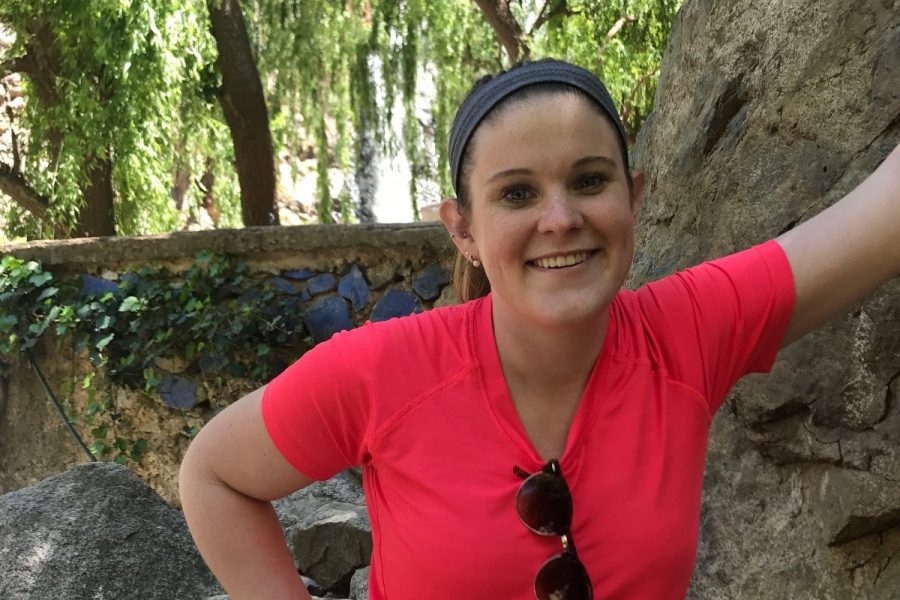 During the recent spring break, senior University of Massachusetts dual communication and marketing major Lauren Hayes was severely injured following a boating accident while on vacation in Cancun, Mexico with friends. According to a GoFundMe page established, authored and run by fellow senior communication major, housemate and friend of Hayes, Carly Johnson, the incident is described as “negligence of the boat crew ultimately resulting in a serious skull fracture.”

Hayes, a Revere, Massachusetts native, was ultimately hospitalized in the ICU at the local Hospital Galenia in Cancun. While in the Mexican hospital, she was accompanied by her friends also on the trip who stayed by her side throughout, and within 24 hours by her father who traveled to Mexico to be with his daughter, according to a statement made on the page.

In a description for the raison d’etre behind the GoFundMe established for Hayes, it was explained, “the medical bills and accommodation [sic] expenses are piling up everyday and the policies at Mexican hospitals require bills to be paid upfront.”

“At the time, Lauren was still in Mexico and my roommates and I were trying to think of how to help her family get her home as quickly as possible.” Johnson explained in a direct comment, adding, “We knew this would be an expensive task so with the permission of the family we decided to start this campaign.”

“The success of this page has been a complete and total group effort amongst Lauren’s friends and family,” she said.

In the six days since its creation, the trending campaign’s statistics indicate that the GoFundMe page has been shared over 2,400 times online, reaching the initially set goal of $50,000 which was spread across over 1,100 individual donors and donations.

“The money that has been raised is a direct result of the love that so many people have for Lauren and her family. Myself and my fellow housemates have been extremely committed to updating and sharing Lauren’s GoFundMe page on all social media platforms as often as possible.” Johnson remarked, “Donations are continuing to come in and we intend to continue pursuing this goal as we know how much every dollar means toward Lauren’s recovery and the well-being of her family.”

Subsequent updates on the web page have announced that Hayes has returned to the United States. She has received treatment at Beth Israel Deaconess Medical Center in Boston, having since been reunited with family at home and “is showing signs of improvement since arriving in Boston.”

The campaign’s goal was also recently augmented to encompass an extra $20,000 to make a new grand total of $70,000. Johnson wrote, “The true reality of the expenses that are beginning to pile up is becoming more clear, therefore we have decided to increase our goal.”

In a sign of gratitude to those who have generously donated to the campaign, a message by Johnson on behalf of those close to Hayes, who were not available for direct comment, added, “Words cannot describe the impact that you all have had and will continue to have in the days and weeks to come. Those close to Lauren are overwhelmed with the outpouring amount of love and support received since the launch of this campaign.”

According to a description, friends and family of Hayes also explained her to be, “a driven young woman that is two months short of finishing her college career.” Due to the accident, an inevitable question arose as to whether or not Hayes, given her condition, would be able to finish her academics at UMass in time before the anticipated graduation date for the senior class.

UMass Executive Director of Strategic Communications Ed Blaguszewski confirmed by email that “Currently, the Dean of Students Office is working with faculty in the Isenberg School of Management to keep Hayes on track to graduate in May. Dean of Students Cara Appel-Silbaugh also is in touch with Hayes’ family to get regular updates on her condition and to coordinate her on-campus needs.”

This confirmation was additionally echoed in an article by WBZ, a CBS Boston affiliate, and by Johnson who stated, “We look forward to having Lauren participate in graduation come May.”

In a strange yet unrelated coincidence, Hayes’ road to recovery comes as news breaks that Amherst College senior economics major, Andrew Dorogi, has recently died in Mexico City while also on spring break, as additionally reported by WBZ.