Unique and classic styles converge at the Oscars 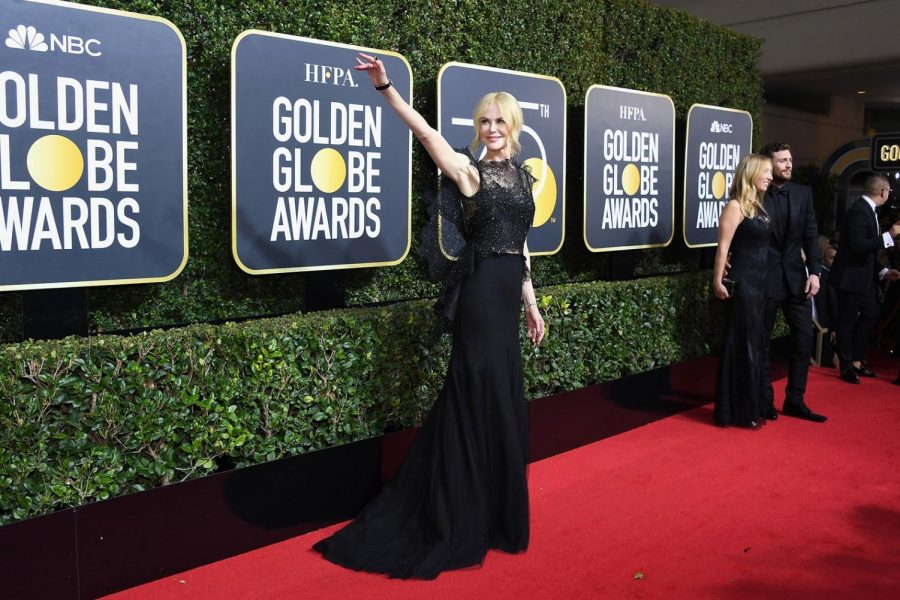 After the Golden Globes this year that featured many women wearing black to stand in solidarity with the Time’s Up and #MeToo movements, there has been talk surrounding what the stars would wear for the March 4, 2018 Academy Awards. This year’s Oscars did not include a color-coordinated movement, but Time’s Up pins appeared on many gowns, as did ACLU ribbons.

What characterized the red carpet this year were unique and unexpected interpretations of classic style and finesse. From young stars to Hollywood veterans, the red carpet was filled with a mix of muted, darker colors and bright hues that seemed to flatter their wearers perfectly.

Allison Janney’s sleeves were a vision. They reached the floor, blending in with her train, creating a beautiful wave behind her. Her red Reem Acra gown fit her perfectly, and the bodice had an incredibly sleek neckline. Simple accessories accentuated her classy look, making her one of my favorites of the night. Fingers crossed that we get to see her on stage in the gown, accepting an Oscar for Best Supporting Actress.

Lupita Nyong’o’s gold look screamed glamor. The sash that extended from her right shoulder to her left hip was adorned in gold beads with a sparkling stripe to go with it. The one shoulder look is a personal favorite of mine.

The slit up the left side of the gown displayed just enough leg, and showed off her simple black strappy heels. Her intricate silver earrings contrasted perfectly with the gold on her dress and the gold woven into her hair. The entire outfit was reminiscent of Black Panther and it struck all the right chords in terms of uniqueness and style. She looked like a real-life, personified Academy Award.

Margot Robbie in Chanel was one of her best looks to date. The iconic fringe that draped the front of her off-the-shoulder white gown screamed Chanel. The scalloping near the bottom of the piece gave it depth as well as a modern twist. Modern meets classic in this look, much like Margot’s blunt bob screams elegance but also edgy.

Viola Davis wore her hair curly and pulled away from her face, complimenting her bright pink textured Michael Kors gown. The detailing on the bodice was just incredible. A slight mermaid bottom gave the dress another dimension. Her hoop earrings provided just the right amount of accessory to her simplistic look.

Greta Gerwig surprised me with her marigold dress from Rodarte. The dress itself was between yellow and orange, creating a color that most could not even dream of pulling off. The beautiful floral adornments gave the dress much more depth. The neckline dipped perfectly, giving the neckline a darling heart shape. Her beautiful necklace and ring gave the simple look a hint of silver and blue. Her bangs were worn wavy and side-swept, adding uniqueness to the bright look.

One of my top picks of the night was not a gown, but a suit. Emma Stone’s black slacks and dark red blazer combo was a beautiful twist on menswear. Emma Stone is no stranger to taking fashion risks and pulling them off. What I saw as the riskiest part of this outfit was the tied pink belt, but it actually gave the outfit the contrast that it needed. Her strawberry blonde long bob and red blush eye shadow created the perfect color palate. To top the whole look off, her black heels had gold-adorned ankle straps.

A notable mention is Rita Moreno, who wore the same dress she wore in 1962 when she won an Oscar for her role in West Side Story. The dress is the epitome of the 1960s, with the big flowing tea length skirt and the huge patterns at play. Large gold flowers adorned the skirt and really popped with the velvety bodice and arm gloves. She rounded out the look with a thick headband that matched.

A men’s standout: Tom Holland. His tuxedo featured a double-breasted jacket that was not too broad, giving him a very tailored look, and it showed. He tied his double-breasted tuxedo jacket ensemble together with a simple black bow tie.

When I first saw a glimpse of Timothée Chalamet’s white and off-white Berluti ensemble, I thought I was going to hate it. But, somehow, I absolutely loved it. It struck the perfect balance between youth and maturity, which really demonstrated the allure of Chalamet himself.

Chalamet’s costar, Armie Hammer, wore a red velvet tuxedo with a white ribboned shirt and simple black bowties. Bowties were a huge hit for men this year. The red flattered Hammer without being too form-fitting.

The best looks from this year’s Oscars were a mix of unique pieces and classic, simple looks that did not fail to impress. Every look was impeccable. Perfect palettes and perfect accessories brought all of the looks together. I did not know what to expect the trends to look like, but I am happily surprised that they were equally as jaw-dropping as they were elegant.

Emilia Beuger is a Collegian correspondent and can be reached at [email protected] and followed on Twitter @ebeuger.