Athletics should be celebrated at UMass

Athletics are not a waste of resources 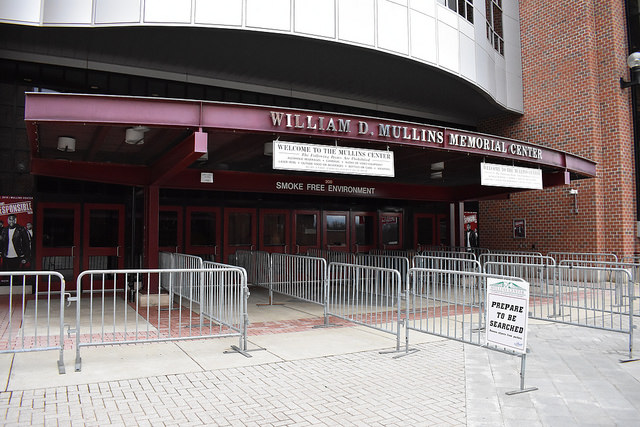 This semester, an article was published in the Massachusetts Daily Collegian discussing why athletics should receive less funding from the University since there is little success within our sports teams and a lack of support from the University of Massachusetts student body. The article went on to make several points as to why UMass Athletics does not deserve our money or time investments as students.

As a former collegiate athlete at UMass, a sport management major and an intern for UMass football, it was disappointing to witness a classmate tear down everything that UMass Athletics has worked so hard for.

These are some points in response to the original article:

UMass Athletics has seen great success, not only in its history with greats such as Julius Erving and Marcus Camby as prominent Athletics alumni, but in recent years as well. Most notably, UMass hockey reached the Hockey East Playoffs this year. Men’s soccer made a trip to the NCAA tournament in 2017. Field hockey consistently makes trips to the NCAA tournament. Women’s lacrosse just came off of a 61-game win streak in conference play, which comes to eight years and four days without a conference loss. Men’s lacrosse is currently ranked No. 16 by the NCAA, and coaching legend Elaine Sortino led the softball team to three appearances in the Women’s College World Series.

In his article, Aidan Byrne compared UMass to the University of Texas but there are a few reasons why this is ridiculous in terms of understanding the growth of UMass Athletics. Byrne highlighted that Texas generated $182.1 million in 2017, but those numbers are highly skewed. The University of Texas has a long tradition of money thrown into the athletics department by the numerous wealthy alumni. This comes from the fact that Texas is a prestigious school, accepting around 17 percent less applicants than UMass. Furthermore, the student body size is roughly double that of UMass. More students equals more money. In addition to this, wins and losses don’t always mean that an FBS program turns a profit. In an article posted by the NCAA in 2015, only 24 FBS programs operated in the black.

Title IX compliance is another issue with the previous article. The writer stated that club programs that “instill University pride” such as Zoodisc, the men’s ultimate frisbee team, should be receiving more University funding than some Division I teams. However, adding a team is much more complex than just giving them a bus, jerseys and some money. This team has to directly reflect the representation of the campus population and with the already established men’s teams carrying large rosters, this would strain Title IX compliance for UMass. In addition to this, a program that instills University pride is a bit of a reach, considering many students were not aware of such a team on campus.

“Our student athletes are out there competing for [the UMass students]…I hope that students will come out to support their peers who are putting in countless hours of work,” said Alan Pandiani, Associate Athletic Director overseeing sales and fan experience in an interview early this week. And that is true. The average student athlete dedicates 35 hours a week to their sport alone. “All we are trying to do for everyone here—students, faculty, alumni—is make them proud to be associated with this institution,” Pandiani later added. “We want athletics to bring everyone together.”

I also sat down with the president of The Militia, Jacob Barnes, to get his take on the support of UMass Athletics by the student population.

“UMass Athletics and the Militia have teamed up and worked tirelessly to get the place we want to be in providing a fantastic and memorable student experience. Groups like the Sons of Liberty have helped tremendously as well. The potential is there; you just have to look back a few short weeks to the UVM Hockey East playoff series. Winning is coming soon and it is going to be magical. You better watch out because you just woke up a sleeping giant.”

Fan attendance has grown across the board for UMass Athletics, but it was most apparent this past season for hockey, totaling 25,000 strong in student attendance through the playoff game against Vermont. As teams continue to dominate in their conferences and in the postseason, these numbers will only grow in the years to come.

Athletics was critical in my decision to come to UMass. When it came time to hang up the cleats, I chose to stay here. It felt like home even when I was nearly 2,000 miles away from my true home of Dallas, Texas. I am confident that no other institution could give me as positive of an experience as UMass has. It is mindsets like that of this writer that disrespect the hard work and dedication that varsity athletes put forth to make their peers and fans proud. I know that I will be proud to bring my family back to Amherst one day, winning or losing, because of the resiliency found within UMass athletes.