‘I’m here to cover wrestling for the Daily Collegian, not for the UMass wrestling program' 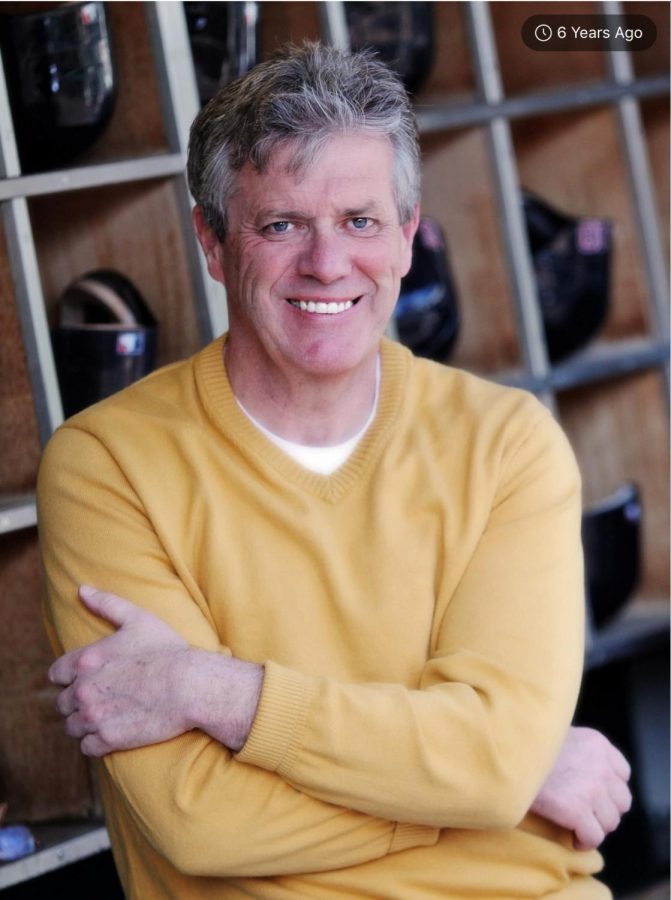 It has been nearly 40 years since Steve Buckley wrote for The Massachusetts Daily Collegian, the student-run newspaper at the University of Massachusetts.

The longtime Boston Herald columnist is returning to the place where his career got its start. The Collegian’s second-annual alumni event, welcoming back past writers to share their experiences with the current staff, will be held on Saturday, April 14. Buckley is this year’s keynote speaker.

Spending just four semesters writing for the Collegian, Buckley credits his clips written in the dark, windowless newsroom covering the wrestling team during 1978-79 as the main reason for getting a job at the Westfield Evening News after graduation. It essentially launched his career.

“He’s an institution. He could probably run for mayor and give Marty Walsh a good race,” former Herald sports editor Sean Leahy said of Buckley. “He tries to put easy conversational language into his columns. The sign of a good writer often times is when you’re reading the copy, does it sound just like the person talks? That’s not true of everyone, and Buck’s really good at that.”

Buckley’s spent the last 23 years working at the Herald, but his long, accomplished career almost never happened. He even joked it was a fluke during a conversation last fall.

Some credit can be given to his junior year roommate, Dave Baly, a wrestler under UMass coach Dave Amato, who was clamoring for more coverage of the Minuteman wrestling team on campus. After expressing mild interest, Buckley was treated to dinner by Amato, leading him to become the lone UMass wrestling beat writer.

“I became the sort of bought-and-paid-for schill for UMass wrestling,” he joked.

Buckley spent the next two years covering meets and was offered a back-page column for the final three semesters of his college career, opining on campus happenings with a few Red Sox thoughts sprinkled in.

His columns in the Herald today mirror the same style of those constructed in the basement of 1 Campus Center Way — hyper-local coverage with an occasional dive into hot national sports stories.

“Quite frankly, it was on the strength of writing for the Collegian that got me into this business,” Buckley said. “I wrote columns on Stockbridge sports. I wrote a column on the women’s basketball team. I loved writing that column. I absolutely loved it.”

After a wrestling meet in Boyden Gymnasium in which the team performed poorly, he stood aside waiting for Amato to speak with him. Buckley finally approached and asked to talk when the coach snapped and waved him off.

“I don’t have time to talk with you right now,” Amato said.

Buckley was the reason the team was receiving press and recognition around the school. The Collegian was even sending photographers to the meets, so he felt the need to address the incident with the coach the following day.

“After a whole lot of soul-searching, I marched down to his office and said, ‘I’m here to cover wrestling for the Daily Collegian, not for the UMass wrestling program and I was a writer covering a meet last night and don’t you ever talk to me like that again,’ and I stormed out and he treated me great for the rest of the year,” Buckley said. “I have nothing but good things to say about Dave Amato, I just caught him at a bad moment and he didn’t think of me as a member of the media.

After critiquing a college student in the early 90s, he took a look at his own work while writing for the Collegian. Flipping through old clips from the late-70s, Buckley’s writing wasn’t nearly as good as he remembered.

“I started going through some stuff I had laying around the house that I wrote for the Collegian, and his stuff was 50 times better than mine,” Buckley said. “I actually wrote him a letter back saying I was a little too hard on you and your stuff was much better than mine was, because I just kind of got thrown in there. I had to develop through trial and error, but it was the best experience of my life and clearly launched my career.”

Buckley explained how writing for the Collegian helped develop his career beyond his imagination. “If I don’t cover wrestling for the Collegian, I’m doing something else now. I wasn’t planning on going into this business. I thought I wanted to go into public relations or something along those lines. I was a communication major, which wasn’t a very industry-specific major as you know. Going to work for a newspaper wasn’t on my list.”

Despite the cringe-inducing readings of his old work, Buckley’s appreciation for the place that gave him his first opportunity and allowed him to grow as a writer remains the same as it was just after graduation. That’s why he connects with many young journalists, like former Collegian Editor-in-Chief Steve Hewitt.

After meeting at an early-season UMass men’s basketball game Hewitt’s sophomore year, the two developed a relationship and kept in touch during the final two years of Hewitt’s college career before Buckley helped him get a job as an editorial assistant at the Herald.

“Ever since then, Buck and I have developed a really close relationship. He tells me I would’ve found something else either way even if he didn’t help, but he pretty much set me up there,” Hewitt said. “I don’t know where I’d be without him. I might be somewhere, I don’t know where I’d be, but the only reason I’m really at the Herald is because of Buck.”

Buckley hasn’t been out to his alma mater yet this academic year. He spent time covering the World Series, the Patriots’ Super Bowl run and spent two weeks down in Fort Myers following the Red Sox during Spring Training. But Buckley is looking forward to returning and spending time with former colleagues and current students.

“Beyond any comprehension,” he said when asked how much he looks forward to returning to Amherst. “Anybody who knows me will tell you I think the world of going back to UMass.”