An illness shouldn’t be a punchline 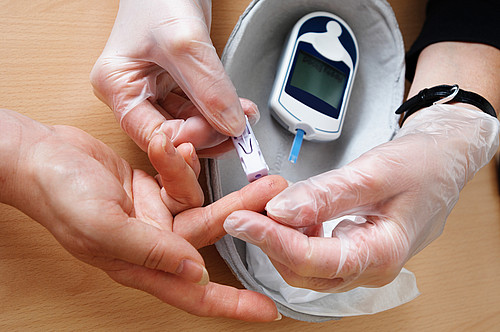 Ever since I was nine years old, I have often had to explain my diabetes to people. No, I do not have Type I or Type II diabetes. I actually have diabetes insipidus, a rare illness where I am unable to retain water properly. It is not really related to Type I or Type II diabetes, other than the fact that it is an endocrine disorder and they share the same first scientific name. But most people don’t know that. Growing up, I have had to brush off people’s offers to give me juice or sugar because they thought I had Type I diabetes. I have had people say to me, “You have diabetes? But you’re not fat.”

My situation only demonstrates a small fraction of the misinformed conversation surrounding diabetes in our society. People with Type I and Type II diabetes have had similar experiences, and often much worse, due to their illness. I know of diabetics who have gotten the same reactions to them stating they are diabetic. I have learned to avoid discussing my illness as I would rather not have to explain it and explain how it is not as severe as the other types. Type I and Type II diabetics have to disclose that they have diabetes because they are serious medical illnesses.

Basically, diabetes means that someone has too much glucose in their blood. If someone is a Type I diabetic, it means their pancreas is not producing enough, or any, insulin. Insulin keeps your glucose levels down. If your glucose levels are too high, this can cause damage to major organs. Nerve damage, foot damage, eye damage and more can occur. It is a big deal, and it will affect a person for their entire life.

I have often seen posts on social media where people will joke that a dessert will “give them diabetes” or how some candy “looks like diabetes.” While being overweight is a risk factor for Type II diabetes, eating too much sugar does not cause diabetes. Type I diabetes has to do with genetics and other factors; there is no way to prevent it that professionals know of, and there is no cure. There is no one cause of any type of diabetes. By saying that a food “looks like diabetes” or by joking about it, you are minimizing and delegitimizing the experiences of real people. This is similar to someone joking in a caption of a picture of them with alcohol that they are “an alcoholic.” These are real diseases that should not be taken lightly. This is someone’s reality every single day. People with serious illnesses shouldn’t serve as the punchline to an ill-informed joke.

Many people die from diabetes. In fact, it was the seventh leading cause of death in the United States in 2015. In the United States, 30.3 million people have diabetes, and 1.25 million of those Americans have Type I. These are very serious illnesses. According to the American Diabetes Association, diabetes kills more people every year than breast cancer and AIDS combined. There are so many possible complications and medical costs associated with both types of diabetes. You also should be careful to not group the two main types of diabetes together because yes, they are both two kinds of diabetes, but they are different. Neither are caused by sugar intake and neither are treated in the exact same way. Diabetes is not a one-size-fits-all disease and we need to stop acting like it is. It is a big deal, and it is not a joke.

Millions of people are affected every day and every year by this terrible disease. I am one of the lucky ones. I am so lucky that I do not have to live with the complications that Type I and Type II diabetics have. But, I feel it is important that I use my situation as a way to advocate for the people most affected by this disease and how this negative stigma hurts them.

So please, next time you meet someone with diabetes or see a Tasty video on Facebook, think about the actual realities of the disease before you speak or joke. Let the diabetic community and its advocates speak for themselves so that we can all break the stigma and stop using diabetes as a punchline for jokes about eating habits.