Finding your home on campus is not a race

You need to fail to find yourself 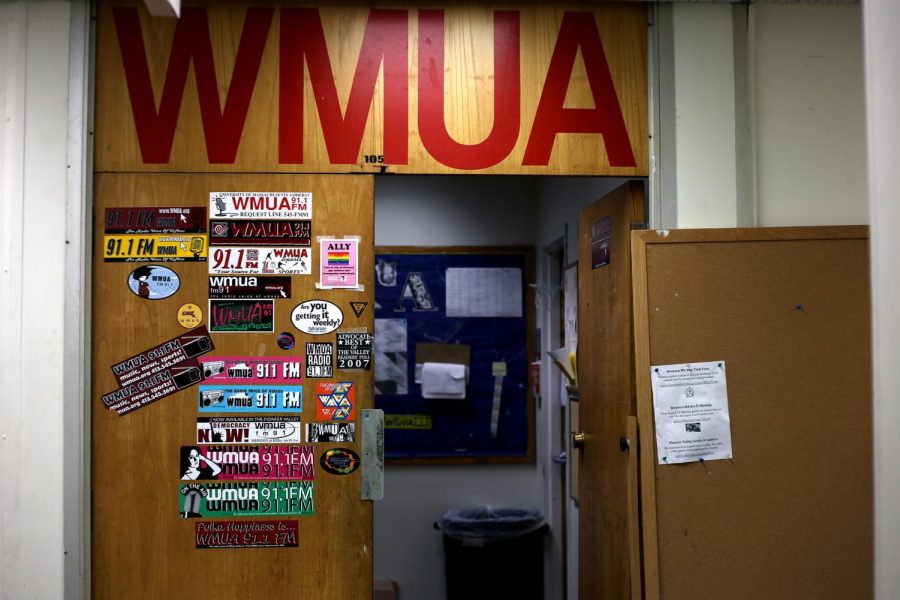 It’s never too late to find your place on campus. It’s probably best to find something you love doing early on during your freshman year, but that doesn’t mean it’s too late if you don’t end up doing something until much, much later. That’s exactly what happened to me, and I’m glad I finally found a place where I feel I belong.

Last semester I joined WMUA, the student-run radio station at the University of Massachusetts. After five weeks of training to become DJs, my friend Mike Connors and I applied to host a show this semester. Since January, we’ve hosted “The Basement” from 2 p.m. to 4 p.m. every Sunday.

For two hours each Sunday, Mike and I have the best time of our week. We play the music we love, talk about the nerdy things we obsess over and enjoy each other’s company. I play music from the bands I grew up with like Green Day and Blink-182. I also get to talk about my nerdy passions like “Star Wars” or video games like “Fortnite.”

Mike got the idea for the show’s name from his best friend, who said our show should be like a night in a friend’s basement. We certainly do our best to emulate this idea, talking about our favorite random characters from “Star Wars” or joking about the absurdity of carrier pigeons, for example.

After three years at UMass, I finally feel like I’ve found my place. Finding that place, however, took longer than expected and required a few failures along the way.

During my freshman year, I tried writing for the Amherst Wire. Ever since I was a kid, video games have been a huge part of my life, and I have a lot to say and share about them. I thought that maybe the Amherst Wire would be a good outlet for my writing.

I met with the entertainment editor at the time and pitched him my first story: how I thought open-world video games had saturated the video game market. He liked the idea, so I wrote up the piece and sent it to him a few days later. He said it needed a lot of work, and in hindsight, it really wasn’t any good.

I didn’t know how to write a proper article at that point, so I saw even trying to rewrite it as impossible. I felt discouraged, so I quit and decided that I should write after I learned how to properly construct articles.

About halfway through the first semester of my sophomore year, I was fairly good at journalistic writing. My newswriting and reporting class taught me the basics of writing for journalism, and I began feeling more confident as a writer.

I decided to write for The Massachusetts Daily Collegian, covering the Student Government Association. While I was a decent writer and somewhat enjoyed my first reporting gig, I quickly realized it wasn’t for me. I didn’t particularly love writing about the SGA, and working as a reporter was very stressful because of an overbearing sense of responsibility that I wasn’t used to. I stopped writing for the Collegian about halfway through my second semester.

After these two failures, I felt like I needed a win. I saw a Facebook post about joining WMUA, so I convinced Mike to join up with me for the next semester. Finally, after a couple years of trying to find a comfortable home, I’d found one at WMUA.

However, it’s a bit surprising to me that WMUA became my home. For an introvert like myself, it might seem that broadcasting live would be quite intimidating. And, of course, it was at first. In my mind, a live broadcast is the ultimate sink or swim scenario for a shy person like me. You either clam up and forget everything you wanted to say, or you hunker down and get over your fear.

After only a few weeks, I began to feel a real sense of comfort behind a mic. I realized that I could truly be myself: a nerdy kid who just wants to share his passions with others. This cemented my love for WMUA, which in turn allowed me to break out of my reserved shell.

Joining WMUA was the best decision I’ve made in college. Before joining, it was unimaginable to me that I could combine my nerdy passions with my journalism and communication studies. Now, I get to spend two hours a week honing my communications skills and talking about the things I love.

If I had any advice for someone who’s looking to find themselves on campus, I’d say to not be afraid of failing. Failing is an essential part of figuring out who you are. Don’t just quit like I did; power through it! Though it may be discouraging, failing will help you find what you are meant to do. It’ll help push you in the right direction, and someday, you’ll find your place.