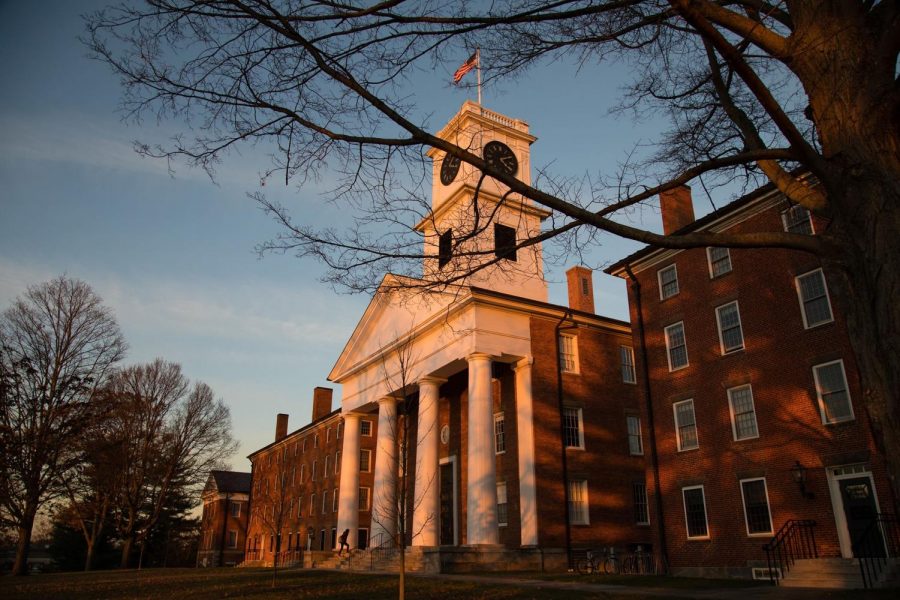 A panel of five scholars presented their research on Friday at Amherst College on the how environmental changes in the contemporary Middle East act in accordance to political, social and cultural issues that occur in the area.

Jessica Barnes spoke first about the research she’s done for her book project in Egypt, where she explored the cultural significance of bread and wheat in the nation. Bread is a food staple for Egyptians. Protests developed as an effort to demonstrate the people’s concerns regarding the availability and quality of the bread that’s subsidized by the government.

Large-scale farms in Egypt are unable to grow enough wheat to sustain the country’s high demand for bread. Therefore, half of their consumption is imported wheat. Such large-scale reliance on foreign imports in recent years has been subject to political disputes on whether or not Egypt’s reliance on imported goods make it vulnerable to poor quality wheat or price fluctuations.

“Bread, as kind of a staple food…that people are eating every day, probably three times a day, holds this really profound political, cultural, economic and social significance in Egypt,” Barnes said. The need for wheat self-sufficiency in Egypt speaks to the people’s concerns about food security.

The focus of Barnes’s book revolved around the subject of food security in the context of wheat availability and the process that goes into making bread, which in turn sheds light on social and cultural aspects of food security. Barnes said “the book sort of traces the various forms of movement of motion in the transformations from seed to crop to flower to bread…It’s at these points in the becoming of wheat and bread that I think we see some of the contradictory logics of what food security means and how its practiced.”

Rubaii spoke next about her dissertation that focused on insurgencies in Iraq that transformed environmental terrains in the Anbar province. Her research developed in 2014 to 2015 when the international community was faced with the movement of ISIS and when Sunni Muslims in Anbar were dealing with bombing and insurgency campaigns from their own government.

“Preemptive landscaping is a military attunement to how all objects, beings and relationships hold the potential to reinforce or disrupt regimes of governance,” Rubaii said. “Anbar province is where preemptive landscaping really took hold in military literature where populations were subdued, not only at gunpoint, but along the soft contour of bodies and other objects.”

Governmental regulations disabled citizens from using landscapes to their advantage. In Iraq, checkpoints and concrete walls were used to move and concentrate people into small spaces, making it easier for the military to force seizures and preventing them from hiding in the landscape.

“If even the military regimes that many of us were against are sensitive to intersubjective relationships between things, beings and people, what does a radical politics of landscape look like?”Rubaii said.

Stamatopoulou-Robbins spoke about her upcoming book titled “Ways to Siege Garbage in Palestine,” which surrounds the research she has done following waste streams in Palestine that affect the lives of Palestinians, signifying an important relationship between waste and the state.

Her book provides historical and conceptual arguments. The historical argument aims “…the combination of material conditions, processes and dilemmas that force proximities to waste… have come to reshape peoples’ senses of ethics and obligations as well as how people relate to one another and to their futures.”

The conceptual argument aims to bring to light that waste is a part of the environment, not the result of attempts at harming it and that infrastructure does not make waste disappear but disperses it and ultimately reestablishing waste into the lives of people.

Popperl discussed her dissertation which surrounds the growing phenomenon of sinkholes in the Dead Sea and their connection to issues like sovereignty, security and scientific legitimacy in Israel, the occupied Palestine territories and Jordan.

When she began her research in 2015, it was predicted that there were about 5,000 sinkholes in the Dead Sea and since then, the number is believed to have increased to about 6,500, but no one is able to produce a definitive number. This is due to the Dead Sea bordering several different nations.

At these international borders, there is heavy military activity from numerous regimes, and sinkholes complicate their movement. Sinkholes also often appear in locations with strict property regulations, like in Israel’s national parks, which are maintained by the Israeli National Park Service inside the occupied West Bank. Sovereignty interferes with the ability to count and access sinkholes in certain areas.

“I’m making the case that sinkholes in the Dead Sea are socially…disruptive. They can be additive, they can be subtractive, they exert influence in the motion of particular people’s bodies in particular ways and on production capacities of industrial machinery, on the way that scientists understand the Jordan River watershed in a larger sense and on borders between nation states of public and private land and hydro and geologic worlds,” Popperl said.

Farmer spoke last about her book project that focused on the piped sewage system in a small settlement in Cairo that came to be as a result of civilian dissidence. The sewage system also came to be in part due to the settlement’s close proximity to the city of Cairo, whose tourist revenue would have been negatively affected by the old sewage system.

Farmer made connections between the water, waste water and social relations that manifested from the transition of the old sewage system to the new.

“People are looking at that transitional as sort of a hopeful transition, but also a fearful transition as they look at the changes that are being implemented in the infrastructure and the location and the worries that they have that those transitions are not actually designated for them,” Farmer said.

She also addressed certain problems that needs to be recognized between the government and its treatment of their people.

Bonnie Chen can be reached at [email protected]