‘Expectations’ is exhilarating and enigmatic, with somber elements mixed throughout 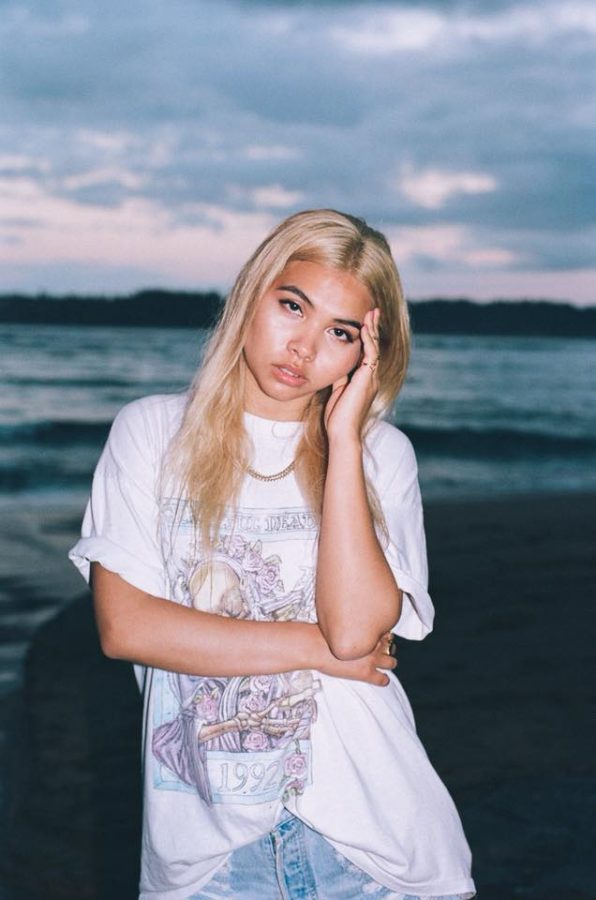 On Jan. 1, Hayley Kiyoko declared on Twitter: “It’s our year, it’s our time. To thrive and let our souls feel alive. #20GAYTEEN #expectations2018,” a teaser of what was to come with her debut studio album “Expectations.” Kiyoko, a pop singer who many fans have labeled “Lesbian Jesus,” has already blessed fans with three EPs detailing the ups and downs of queer relationships. With movies like “Love, Simon” contributing to gay representation in pop culture, Kiyoko does the same in “Expectations.”

She takes common tropes in pop music but tells her own stories. Proving that gay artists deserve and have a right to exist in this genre. If this album proves anything, it’s that Kiyoko is on her way to making “20GAYTEEN” a reality.

“Expectations” begins with “Expectations/Overture” and sets the tone for the project. With billowing winds and twinkling electronic chimes, Kiyoko hums throughout transporting us into her world.

The first single of the project, “Feelings,” is a groovy, honest track on being open about the girl she’s interested in. She then complicates and overthinks all her emotions in a world that attempts to suppress them, but calls out how unfair it is. The song is simple, but it proves a point. She’s tired of the fake personas she needs to put on in order to get the girl and is tired of the personalities gay people have to put on to fall in love.

This idea is further realized in “What I Need” featuring bisexual R&B singer Kehlani. The song is a tag team of the two girls asking for their lover to be open about them publicly and to stop making their love a secret. Kiyoko continues these struggles of asking lovers if they love her, if they can be themselves and love them publicly and if she is enough.

In “Sleepover,” Kiyoko grieves over gentle guitar plucking about a straight friend who will never love her, but how she has a deep infatuation for the girl. The song is Kiyoko at her best in expressing emotions through songwriting. Here, she touches upon the intense disappointment gay people have with falling in love with someone unattainable and being unable to tell anyone. The lyrics are strong, highlighting every memory she loves with the girl, making the pain easy to understand.

In contrast, in the song “Curious,” Kiyoko is sarcastic and witty, teasing her ex-girlfriend about her boyfriend and her inability to accept herself. The song calls out the girl for leading her on and exposes the girl for getting in an artificial relationship with a man just because of societal expectation. “Curious” is sexy, bright and bold. Kiyoko’s cocky demeanor is endearing and satisfying. The lyrics confidently say what many are afraid to.

If there is anything Kiyoko excels at in this album, it’s her style and artistry. The music in this album exudes her personality. “Expectations” is exhilarating and enigmatic, with somber elements mixed in throughout. It all resembles the excitement that queer relationships have, but still carries the fears of being hurt, bullied and exposed.

While Kiyoko does a great job at creating narratives, at times, her sounds and lyrics feel redundant or out of place. However, her strongest tracks are catchy pop formulas that emulate exactly who Kiyoko is — an artist who is so assured in their sound, which is impressive for an artist’s debut. Yet at times, there are lyrical clichés and a lack of depth. It feels rushed and loses momentum.

Her obsession with Los Angeles nights has been a consistent trope in pop music as of recently. Kiyoko’s consistent use of this imagery can feel overdone and unnatural. There is no need to attempt to follow this West Coast imagery that every other Californian pop artist is using when she has shown that she is stronger without it.

Despite this, Kiyoko’s ability to create these clichés and put her own spin on it makes this album a delight. “Expectations” is all about feelings and Kiyoko’s ability to express them. Whether desperately clinging to a fleeting love, or needing a boost of confidence in a call-out track, Kiyoko is aware of where you are and will find a way to connect herself directly to you.

Muchof “Expectations” asks closeted women to be reflective on themselves. In the intro, “Girl I know you wanna” is whispered in the background, a precursor for the album that asks closeted women to fully accept themselves. As the album progresses, Kiyoko dissects the issues that are brought on when lesbian or bisexual women can’t be themselves openly. She explains the frustrations that are caused when women are led on or when a woman keeps her relationships in the dark in bright, breezy tracks. At a surface level, “Expectations” seems like a typical album, but Kiyoko’s impact is so much more.

There is something about “Expectations” that lets you be an outsider (or reflects your experiences as an outsider), a part of the hidden group of people who live in a world where love is much more complicated. A love story that can only be told at night, behind closed doors told in whispers. Kiyoko enraptures listeners into this world exposing them to the vulnerabilities of queer love. In “20GAYTEEN,” it’s time to accept yourself fully for who you are and have the openness that Kiyoko has, to make the hidden world an open one.