Housing selection could be improved 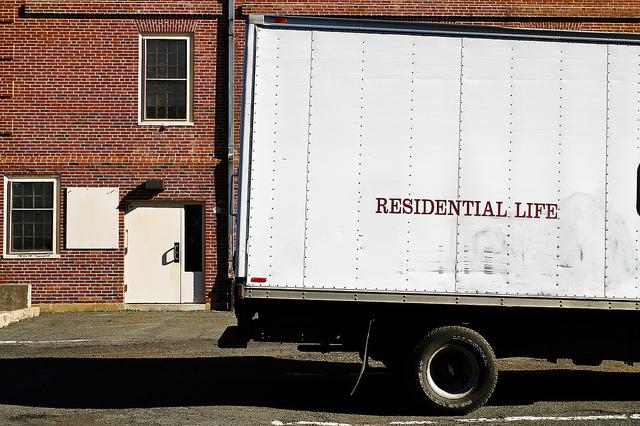 The time has come and gone for housing selection. As we log off SPIRE, some of us are pleased with the way that things have worked out, while others will be planning to log back on in the summer. At a school as large as the University of Massachusetts, I cannot help but question why there is not a better method used to select rooms.

I am a rising sophomore on campus and my friends and I planned to live on the same floor next year. Our only stipulation was that we would continue to live in the Southwest Residential Area. This sounds simple but as we, and many others have come to know, it would not be easy. Of course, it is unrealistic for the school to match every students’ demands, but I do believe that there should be a better way to organize the housing selection system.

The first problem with housing is the use of priority numbers. First semester, I checked my SPIRE and saw that my number was 314. I was ecstatic and told my friends that we would be all set when planning for next year. Unfortunately, I was later informed that the numbers constantly changed. This sadly turned out to be true and my number jumped up to 2,000, back to 1,000 and up to 5,494. Eventually, I found myself praying it would change at least one more time. In the end, my number was 2,055. It is hard for me to understand why UMass assigns priority numbers if they are just going to change. We should be assigned one, right before we are told to choose our rooms. When my number went up to 5,494, I started making plans to move off campus. My friends and I decided that if we were not going to live on the same floor, we would rather live in an apartment together. Seeing that we all had low priority numbers, we were sure that it would be nearly impossible to end up on the same floor. When they dropped to lower numbers, our plan completely switched and we began to have some hope that it would work out. If the school gave us one number and kept it, our arrangement would have been much more solid. It is unnecessary to provide us with priority numbers if they are only going to switch. It makes it impossible to have a complete plan.

Furthermore, there are many cases where two people who plan to live together have low priority numbers and one of the numbers just goes to waste. The school should ask us to tell them who we are living with and assign each group a priority number. How is it sensible that low numbers go to waste? Additionally, priority numbers themselves should be reevaluated. It is a random system that determines where you are living; one of the most crucial parts, if not the most crucial part of your life at UMass.

Another problem with residential selection is the idea of “going random.” I had two friends that lived together freshman year and made plans to continue being roommates. Their plans fell through though because they were given such low priority numbers. Seeing that they would rather live in Southwest then live somewhere else together, they both went random, filling in the rooms with one person already in them. This should be more organized. Most of the time when students go random, they are simply looking to live in the residential area. Some may be looking to live on a specific floor or building, but usually if a student goes random, they care more about living in say, Orchard Hill, than they do about the building itself. There should be a system where kids going random can match up before choosing their rooms. This would make it so students who really do want to live with a certain person can do so.

Another proposal I have to improve residential selection would make it easier to live near your friends. A lot of people want to live near their group, but you need a lot of luck in order to ensure that it happens. What if when we made our roommate groups, we could choose who we would like to live with as our roommate and on our floor? Many people want to live near their friends but cannot because other people take the rooms near them. This could be organized so much better. The whole system seems to be a random, stressful feud for something that it so pivotal to our lives on campus.

It is important to note that we cannot expect everything to work out perfectly. However, UMass could most certainly do a better job at organizing the housing selection process. Ultimately, dorm life can make or break your experience at the University, and we should be expecting more from Residential Life.