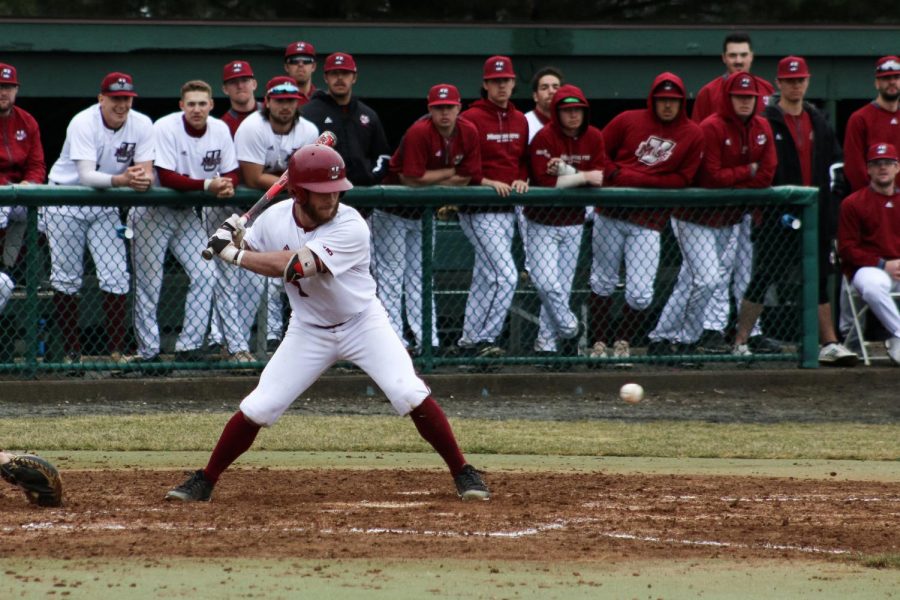 After receiving the news early Tuesday morning that the game would be moved to Boston, the Massachusetts baseball team prepared to play perhaps its toughest opponent in Northeastern.

Leading 7-5 and with the bases loaded in the top of the eighth inning, Minutemen (9-9, 2-4 Atlantic 10 Conference) coach Matt Reynolds went to the bullpen for the second time to put freshman Sam Cooper on the mound. The Huskies went to a sub of their own in sophomore Kyle Peterson, hitting for redshirt senior John Mazza.

Peterson came through and hit a pinch-hit grand slam to give the Huskies (15-10, 2-1 Colonial Athletic Association) a 9-7 lead. They would tack on one more in the top of the ninth as the Minutemen fell 10-8 on the road Tuesday.

“It’s wildly disappointing,” Reynolds said. “We had a chance to play of the Beanpot Championship game, and now we don’t. It’s almost irrelevant if we won or lost this game. The way we played it, that’s the most important part for this team right now. We didn’t play well enough to win. Whether we ended up winning that one or losing it, it didn’t matter because we didn’t play well.”

After the Huskies took a 2-0 lead in the top of the second, the Minutemen took one back courtesy of sophomore grounding out to shortstop, scoring sophomore Connor Smith from third.

In the fourth inning, UMass scored five on the Huskies. Sophomore Justen Voghel got it started on an RBI single that scored junior Cooper Mrowka from third, tying it at two runs apiece. After junior Alec Norton walked to load the bases, Fry was hit by a pitch, giving the Minutemen a 3-2 lead.

Sophomore Eddy Hart singled up the middle, giving UMass a 4-2 lead, and junior Ryan Lever followed with a walk, pushing his on-base streak to 17 consecutive games and making it 5-2.

Sophomore Nolan Kessinger followed with an RBI groundout to first base, scoring Fry from third and making it 6-2.

Kessinger picked up his second RBI of the day when he was hit by a 3-1 pitch, scoring Fry from third again, but that was the extent of the UMass offense.

In the fourth inning, the Minutemen struggled to get anything going with the bases loaded. They were extremely patient at the plate, and according to Reynolds, they were a bit too patient.

“I think in that one inning we had nobody out, bases loaded,” Reynolds said. “We probably took nine fastballs for strikes, which is embarrassing. It was tough to watch.”

Reynolds said that the Minutemen “threw a bunch of at-bats away” and was audibly disappointed with their performance on Tuesday. Reynolds added that the felt that they let up on the gas and let their concentration “go away.”

Redshirt freshman Anthony Videtto got the start for the Minutemen and held his own against Northeastern. Videtto threw 107 pitches and went 6.2 innings, allowing five runs (three earned) on seven hits with two strikeouts and a walk.

“It was awesome. He’s struggled a little bit, and his last outing was a little shorter,” Reynolds said. “I haven’t checked the radar yet, but I think his velocity was back up. He was fantastic. He got a little tired, a little bit of bad luck, and the conditions became very difficult—I think that played a factor, but he was very good. We’re very happy—that’s a positive for us.”

The Minutemen’s next matchup is Wednesday on the road, where they take on Boston College at the Brighton Baseball Complex.