Lessons in drinking wine: beginning to understand body and acidity 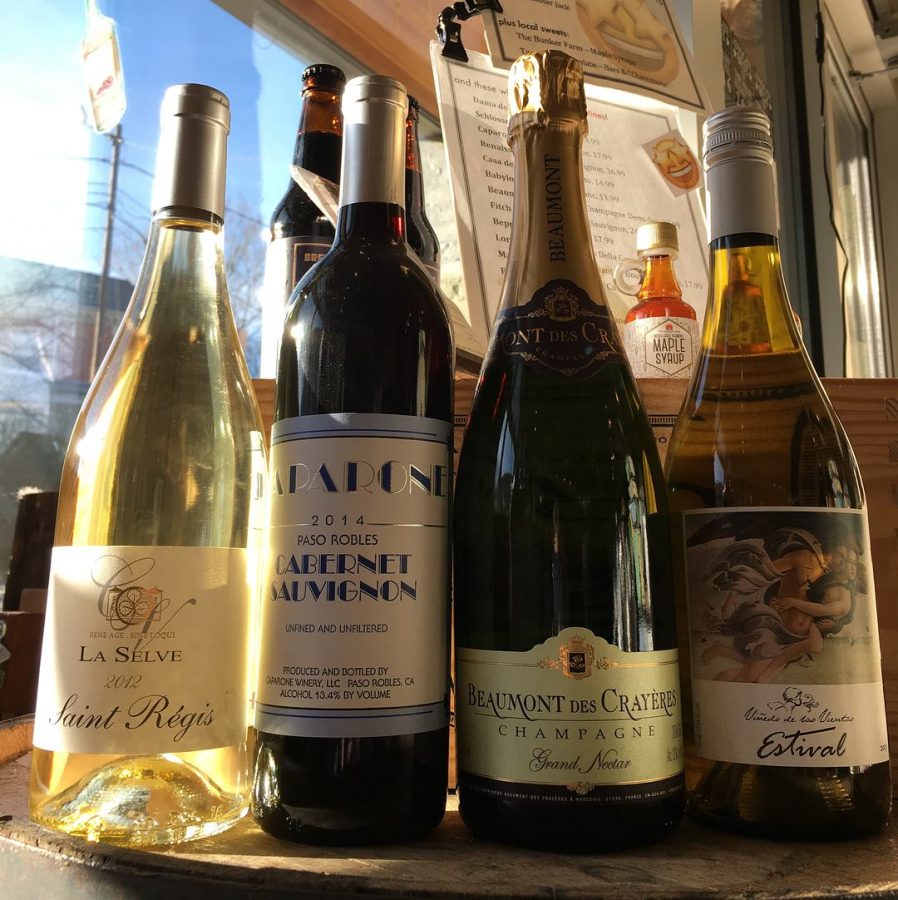 The thing about wine is that when one becomes a “wine drinker” – thus developing some articulateness for things like acidity, body and overall sediment presentation– they become a member of a culture of sorts.

Like with coffee, coffee drinkers and the culture that surrounds the beverage associated with both productivity and leisure (depending on things like foam or lack thereof), wine is a culture, a philosophy – perhaps even a way of life.

Dipping my toes into the pool of (somewhat) highbrow châteaux, I’ve begun to shudder at the grossly played-out yet perversely relatable mantra “rosé all day.”

Despite an undying favoritism for wines with blush tones and bubbling compositions, I’ve begun to appreciate the complexities that full-bodied whites and reds can provide (especially when paired with complimenting charcuterie composed of soft cheeses and tangy spreads.)

With that in mind, the following four wines make up a highly recommended flavor profile that allows for the sampling of new foods and flavors – without completely demolishing the idea of a comfort zone in terms of preference. After all, life’s too short to make pour decisions when it comes to beverage consumption.

While technically a rosé, this wine is made complete with a full flavor from being aged in older oak.

On the nose, this wine smells fruity and light, with a slight tang. On the tongue, the flavor remains consistent in its fruitiness, while creating the sensation of a sort of bounce with no bite.

As a rule of thumb, because rosé is a typically lighter wine, it goes well with lighter fare, i.e. seafood, rice dishes and salads with robust dressings.

This red is on the simpler side in the sense that its Gamay origins lend to a less fussy composition.

On the nose, this wine smells of sort of dusty, potted plant or charming old library book.

On the tongue, it’s admittedly much fruiter than it lets on, which can be explained by the fact that the vineyard it’s grown in is also planted with wildflowers.

This wine is produced through both carbonic maceration – a process by which whole clusters of grapes are kept in giant tanks, forcing the lower levels to burst and release a sort of creamy, banana-ish flavor for the remaining grapes to soak in, and green harvest which helps fertilize the soil of the vineyards it’s implemented in through the random trimming of other vines.

Because of the complexities of red wine, this particular wine can be well paired with foods like French onion soup, mushroom risotto, pesto on flatbread and filet mignon.

The name of this wine is derived from the word “tannin” which can most simply be described as the feeling of dryness on the end of your tongue after drinking a red wine or a cup of over-steeped tea.

This particular blend of grapes is aged for 12 months in French oak resulting in its spicy, roasty and toasty flavor.

On the nose, this wine smells something like spiced rhubarb pie after a large meal. On the tongue, one can detect layers of oakyness and layered complexity.

This wine would travel well with a lamb burger or something composed of chorizo.

Rounding the selection out with a rosé just felt too appropriate to pass up.

The name of this wine refers to the time of skin maceration (which means how long it will spend with juice on the skin of its grapes) – which is between 14 and 18 hours.

This wine can be best described as a full-bodied rosé that masters the art of fruity undertones without being sweet.

On the nose, it’s tart, but somewhat salty like a sea breeze. On the tongue, it creates a similar flavor to that of the last bite of watermelon as you near the rind – before you silently decide to put it down.