The junior at UMass has raised over $10,000 for the American Liver Foundation

Marathon Monday was 23 days away when Lindsey Cunniff attempted her most intimidating training session yet: a 21-mile run stretching from Hopkinton to Newton, Massachusetts — the same route she’ll be running in the Boston Marathon on April 16.

Not only was it her longest training session before the race, but it was the first with her charity group —the American Liver Foundation.

Though her mom always tells her not to worry about her time, Cunniff, a junior at the University of Massachusetts, was still concerned about being passed. Coming off an especially difficult 18-mile run the week before, the 21-miler was a beast she wasn’t sure she could conquer.

The run ends at the conclusion of “Heartbreak Hill,” directly in front of Boston College. When Lindsey’s run had slowed to a walk, she heard an encouraging voice.

“I was walking during part of it, and then one of the people on my team was like ‘c’mon, you got this’ and helped me, and I found some like burst of energy and made it to the top,” she said.

No matter how difficult the run was, Lindsey was never alone. And though she had never met any of the other people running for the American Liver Foundation, she would be forever bonded with them.

A year and half prior, Lindsey’s father, Chris Cunniff, passed away of liver disease. He was 46 years old. 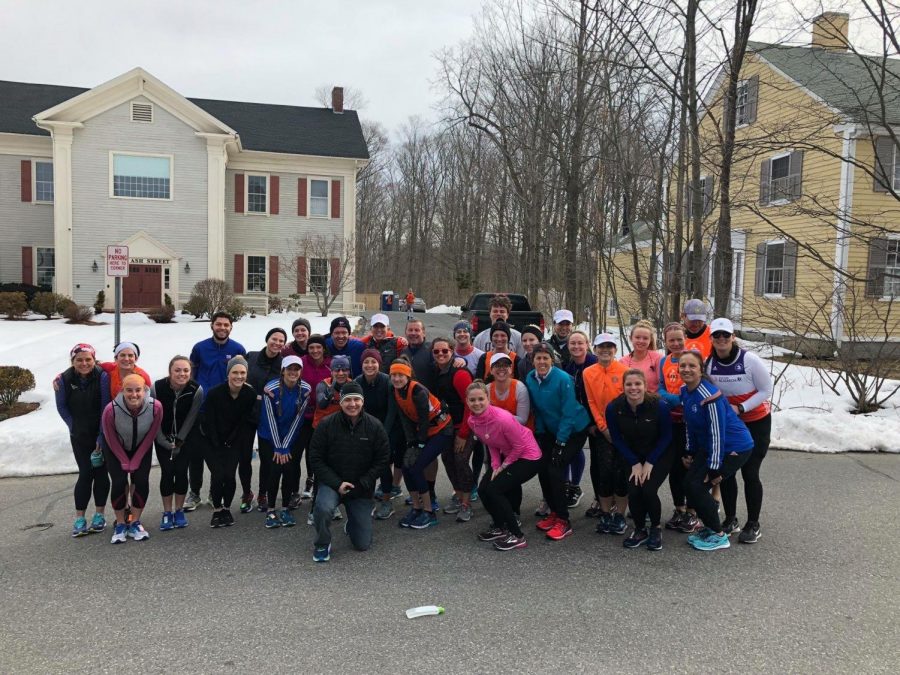 Lindsey Cunniff and her dad made a pact: When he got healthy, they were going to run the Boston Marathon together.

It was her dad’s idea. Known for being a funny person, Lindsey initially played it off as a joke.

“My dad never really went to the gym. He was not like into all of that, so he would just say it to be funny,” Cunniff said. “And we’d be like, ‘Yeah alright, good one.’”

It wasn’t until they were waiting in the hospital for a liver transplant that Lindsey made the commitment to run alongside her dad in the marathon.

Unfortunately, she would never get the chance. After two failed liver transplants, Chris Cunniff died on October 31, 2016.

For Lindsey, it wasn’t a matter of if she was going to do the marathon, it was a matter of when. It was in September of 2017 when she became obsessed with the idea.

She went to her mom, Debbie Cunniff, a five-time marathoner, for advice.

“I said that if she thought she could emotionally do it then she should do it,” Debbie Cunniff said. “Her desire to do it was stronger than her fear of emotionally not being able to do it. She was just so committed mentally to doing it that I knew that she could pull it off.”

After filling out the application, Lindsey did a phone interview, and on Columbus Day weekend, she got the news: She was going to be running in the 2018 Boston Marathon.

There was only one problem.

Lindsey had never run a marathon, and she never did track. Aside from soccer in high school, her running experience was limited.

Luckily, the American Liver Foundation set her up with a trainer and a training program. A week of short runs and cross training is capped off by a long run every weekend.

Whether you’re running, walking or crawling, you’ll get across that finish line for your father.”

Juggling training with school work and an internship with UMass Athletics has been a challenge for Cunniff. But when things get tough, she just reminds herself of her reason why.

“My dad is just someone who was so proud of me all the time,” Cunniff said. “So knowing that he’s proud of me is kind of my ‘why.’”

A day didn’t go by where Chris Cunniff wasn’t proud of his daughter Lindsey and his son Chris Jr.

To Lindsey, her dad was her “hype man.”

“Once you’re in high school, you know you always get in the paper if you’re active,” Debbie Cunniff said of their local paper, The Foxboro Reporter. “He couldn’t get to the gas station fast enough to get that paper, and he’d be calling me saying, ‘She’s on page nine,’ and ‘She’s on page 12,’ or ‘I missed her. She was on this page for an art thing.’ He couldn’t get that paper fast enough when she got to high school. So, she calls him her hype man. She said she misses her hype man.”

Chris Cunniff lives on in Lindsey’s heart, mind and her phone.

“My family just wants to celebrate his life,” Cunniff said. “We don’t want to forget about him. We have a group chat with me, my mom and my brother and we would just send random pictures and funny stories. Because he was so funny and just took over every room that he was in.”

On the day of the marathon, that memory will continue to live on when Lindsey’s family shows up in full force to support her.

“My dad is one of four siblings and my mom is one of five,” Cunniff said. “And they were saying that once they found out they took the day off. All of them will be there, they’re ridiculous. They’ll probably come in costumes and stuff.” 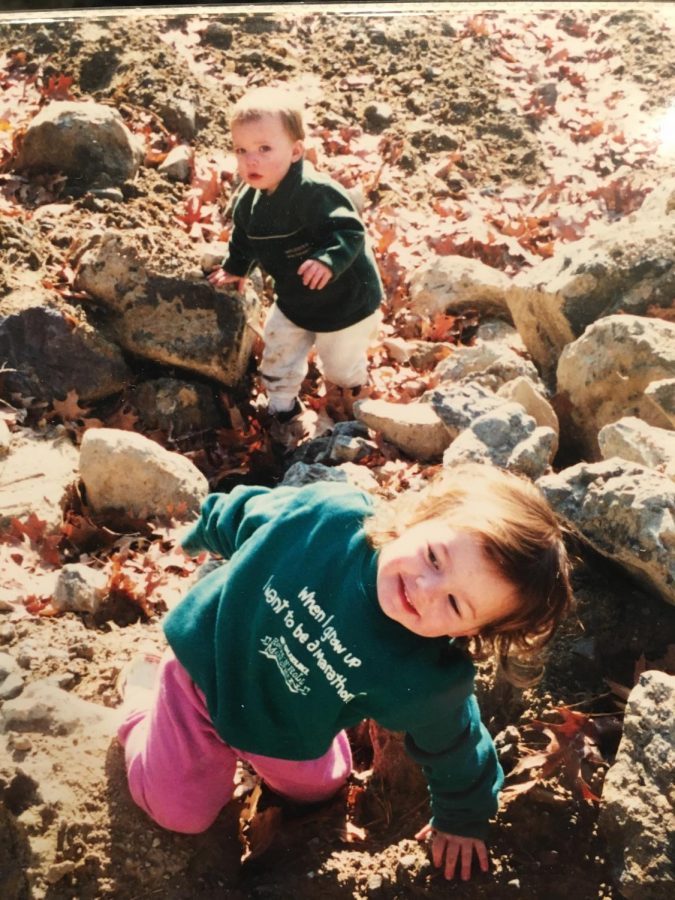 Debbie Cunniff has a picture of Lindsey when she was very young wearing a sweatshirt that says, “When I grow up, I want to be a marathoner.”

She had gotten it for Lindsey after she ran her first of five marathons, one of which was in Boston.

Fulfilling the prophecy of the sweater, Cunniff running her first marathon in the memory of her late father reflects who she is as a person.

Lindsey Cunniff has used the worst experience of her life to hopefully help others. As of April 13, the Friday before the Boston Marathon, she has raised $13,431.49 for the American Liver Foundation, seventh most of all those running for the charity.

With hopes of getting more involved with the American Liver Foundation, Cunniff believes the marathon is a good start. She’ll wait until after she graduates from UMass in 2019 before running another marathon, but it’s certainly a challenge she would like to take on again.

However, right now, her focus is on Monday and getting through the 26.2 miles of land stretching between Hopkinton and Boylston Street in Boston.

Pointing her finger in front of her, Debbie Cunniff tells Lindsey that when she struggles she just has to keep moving forward.

Because if she keeps moving forward, “whether you’re running, walking or crawling, you’ll get across that finish line for your father.”

I can only imagine how proud he’d be.