Morning Wood: The argument for Meningitis

Serogroup B my friend 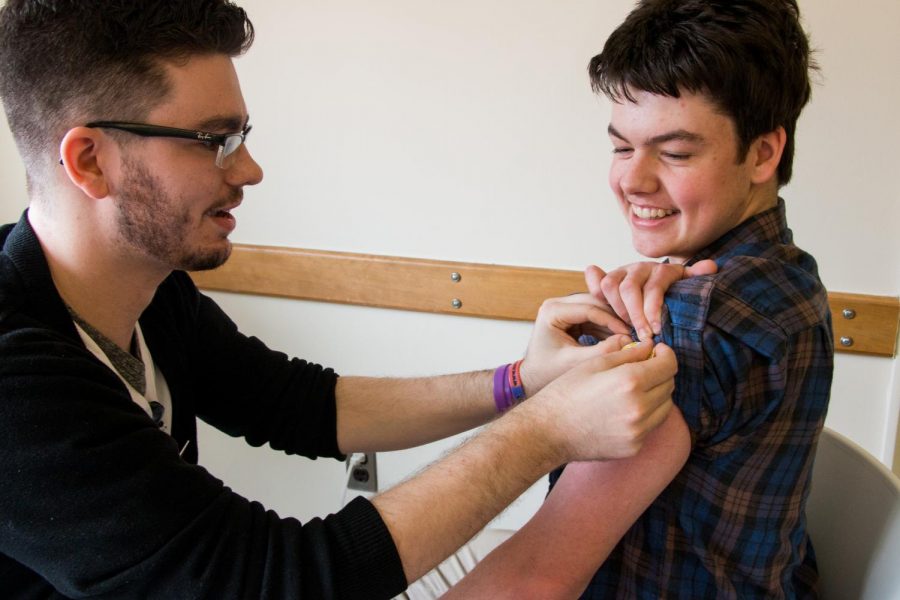 The mainstream news media would have you believe that that special something in the air last semester was serogroup B Meningitis, but they’re not telling you the truth. I know it was love. Think of how we bonded in the wake of the outbreak! Yes, we stopped sharing drinks and kissing people and going to that one fraternity, but there was a distinct atmosphere of campus unity. UMass needed this.

Students in dormitories became more aware of their surroundings, and with good reason — we were in danger of succumbing to a dangerous disease. This isn’t something unavoidable, like measles. We can stand strong and fight Meningitis.

I think people have been too quick to judge the outbreak as a bad thing. The unity I witnessed on campus truly touched my heart. People keep talking — complaining, really — about all the issues surrounding Meningitis, but I want to address the good side. There is good in everyone and everything; UMass could do well with a reminder of that. When I saw all the students bonding in the Cape Cod Lounge, waiting to get jabbed by pre-med or nursing students, I was reminded of that poem on the Statue of Liberty: “Give us your tired, your poor/Your huddled masses yearning to breathe free.” I have to admit, I got a little emotional. This is what America is all about; we gather as one, uniting against a common evil, like Dick Cheney, 100-calorie packs of weird, thin Oreos or that s***ty resident assistant we had freshman year.

At a big school, people can have a little bit of a hard time finding a place where they fit in or a group where they feel like they are accepted. Luckily, all students found themselves with an adversary against whom they could unite. Meningitis does not care how many friends you have, how high your GPA is or whether or not you’re a virgin. Meningitis is the best ally any community could ask for. It reminds us of what really matters in life.

That said, I know there are plenty of naysayers out there who will try and say I’m ignoring important aspects of this outbreak, like “actual health consequences” or something else equally nonsensical and irrelevant. To be honest, I think anyone who got sick should have been leaving room for Jesus anyway. Everyone knows illness is a consequence of leading a sinful life. It was wasteful for the administration to even spend the funds they did on this issue. It would have been much more prudent to just teach the student body about abstinence: if you abstain from going out, drinking liquids or breathing air, you can’t get sick. That’s just logic. It makes perfect sense. I may not be a doctor, or a science major or even an actual college student, but I know what I’m talking about. I’m very well-versed and educated in the ways prayer can cure most ailments, for example. It might be a little strange to hear in this day and age of modern medicine, technology and research, but avoidance is a great technique that has worked for centuries. You never hear anything about the Bubonic Plague wiping out an entire continent, because everyone just stayed inside and they were fine.

Personally, I think we should be grateful for the impact Meningitis has had on the student body. We may have lost some brave souls on our journey, but I think the real outbreak might have been the friends we made along the way.