Irida Kahktiranova has been in the United States for 15 years 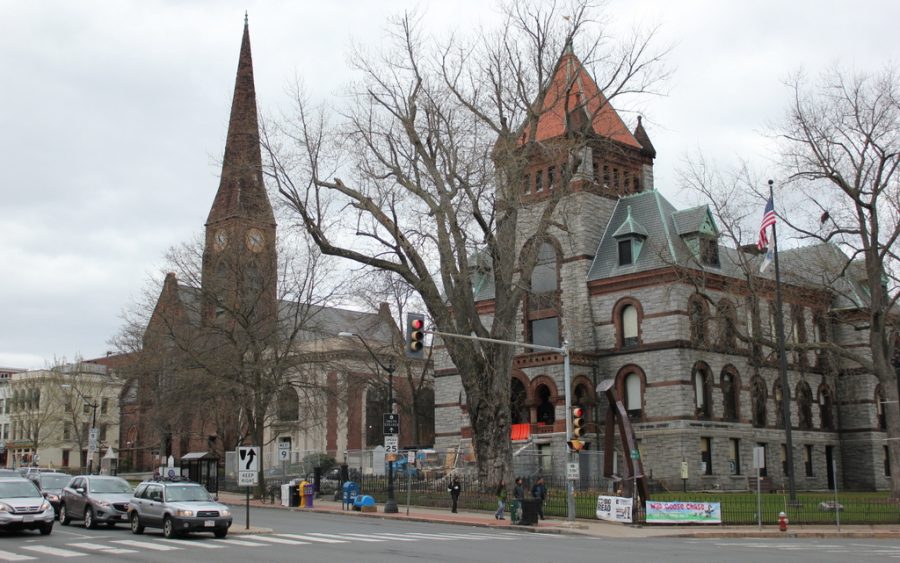 On Friday, April 6th, an undocumented Russian woman was granted sanctuary at the Unitarian Society of Northampton and Florence Church in Northampton, Massachusetts. She currently faces possible deportation back to her native country.

Irida Kahktiranova left Russia in 2003 when she was in a relationship with another women, and thus “was not able to live openly and freely,” according to Lauren Burke, an immigration attorney assisting in her case. Kakhtiranova has worked in kitchens for her entire 15 years in the country. Today, she is the wife of a United States citizen with three children, also legally born citizens. She provides the sole income of the family.

“My son is old enough to understand,” Kakhtiranova said, tears welling up at the thought of losing her family. “He’s been my rock. Same as my husband.”

She declined to comment about her life before moving to the United States.

According to Rev. Janet Bush and Congregation President Loisel Posa, in December of last year, after four listening circles and a panel discussion, the USNF and the Pioneer Valley Workers Committee decided, by an 89 percent vote, to open the church as a sanctuary. They cite their faith, mission, values and principles as the basis for offering help.

Concerns were also voiced during the five deliberation meetings. Will there be enough volunteers? How long might sanctuary last? How will we decide to accept or deny a sanctuary request? In their final report, the USNF admitted that they simply don’t know.

Northampton Mayor David J. Narkewicz extended his support. In 2014, he signed an executive order declaring the town a sanctuary city and that the local police department wouldn’t enforce nationwide immigration policies. ICE is also barred from taking action in “sensitive locations,” such as religious institutions.

“I support the right of the Unitarian Society or any of our faith-based communities to offer sanctuary,” Mayor Narkewicz said in a statement. “Providing aid and comfort to those in need is a central tenet to their faith, the free exercise of which is a bedrock tenet of our U.S. Constitution.”

The church is recruiting volunteers to assist in any way they can.

Lucio Perez, an undocumented immigrant from Guatemala, has been sheltered by the First Church in nearby Amherst since last October. He was Skyped into the deliberation meetings to assist with more information.

“This congregation is comprised of the most genuinely kind people that I’ve ever met. My first night here I slept better than I have in a long while, feeling that I was finally safe from the daily fear of deportation,” Kakhtiranova said.