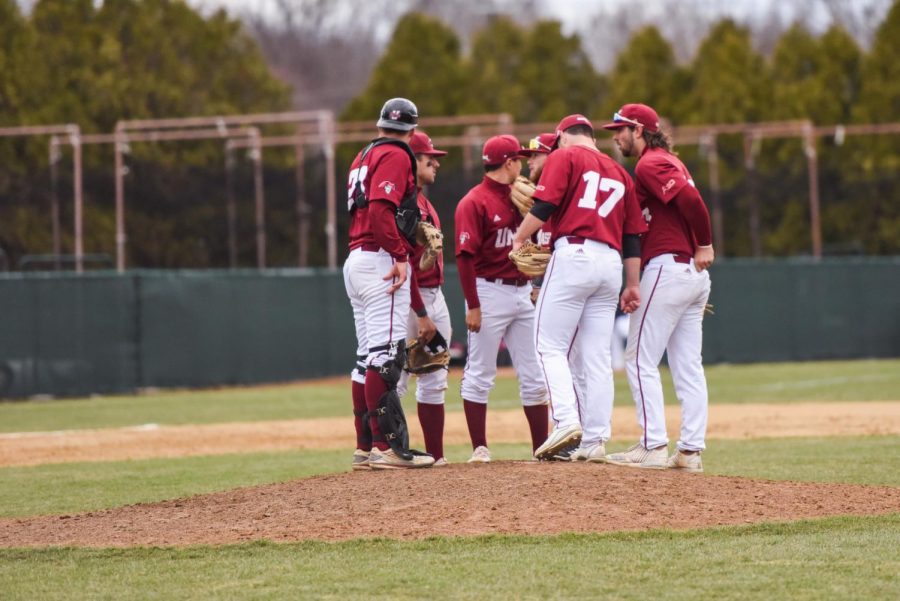 Wednesday’s game against Quinnipiac has been canceled, so the next chance for the Massachusetts baseball team to emerge from its protracted slump will be Friday against George Mason.

UMass (11-19, 4-11 Atlantic 10) won just one game over the weekend against La Salle, closing out an eight-game homestand with just two wins. Since the beginning of April, the Minutemen have lost 12 of 14 games. UMass’ two wins came against A-10 opponents Rhode Island and La Salle, but the Minutemen still lost both series.

“We just need to play better than the way we’ve been playing the last two weeks,” second baseman Eddy Hart said. “I feel like that’s kind of obvious, but at the same time, we just need to look forward and forget what happened and just keep going, because that’s what baseball is. Nothing you can do about it except go out and get the next one.”

George Mason enters the weekend at 7-5 in the conference, sitting just below .500 overall, but will benefit from playing in Virginia, as the Patriots have been significantly better at home. Entering Wednesday, George Mason is 11-5 at home and just 4-11 on the road.

Although the Minutemen lost two of three over the weekend, there were some encouraging signs. The Minutemen’s win came on the back of a dominant outing from ace Justin Lasko, who is projected to open the series on Friday, while UMass lost the other two games by one run apiece. All three games were tied going into the eighth inning.

In all three games, UMass scored at least three runs, providing hope that its struggles at the plate are subsiding. Since April 6, the Minutemen have averaged just 2.6 runs per game.

“We need all nine guys to just collectively put up good at-bats, every inning,” Hart said. “If we have one broken link in the chain, it’s very hard to do, considering you get three outs an inning and 27 outs in a game. So, if you give away one at-bat in an inning, that makes it pretty hard.”

One glaring weakness for the UMass offense over the past three weeks has come with runners in scoring position. In Sunday’s loss to La Salle, the Minutemen went 2-14 with runners on second or third, scoring two of their three runs on fielder’s choice outs.

“If there’s a guy on second or third with no outs and the infield’s back, you just have to have a team at-bat and put the ball in play,” Hart said. “I don’t know if some guys have gotten out of their approach, I can’t speak for us. But I think we need to play as a team and have more team-based approaches at the plate.”

If UMass is to turn its season around, winning this series is a must.

“If we can get that mojo back that we had at the beginning of the season, that would be big,” Hart said. “We had a big run at the beginning of the season, and obviously right now we’re having not the best run, in terms of losing, but I think that’d be a huge momentum swing, especially in an A-10 conference, to win a series and get after it a little bit.”

First pitch on Friday is scheduled for 3 p.m. at George Mason’s Spuhler Field.