The Garden exhilarates audiences with ‘Mirror Might Steal Your Charm’ 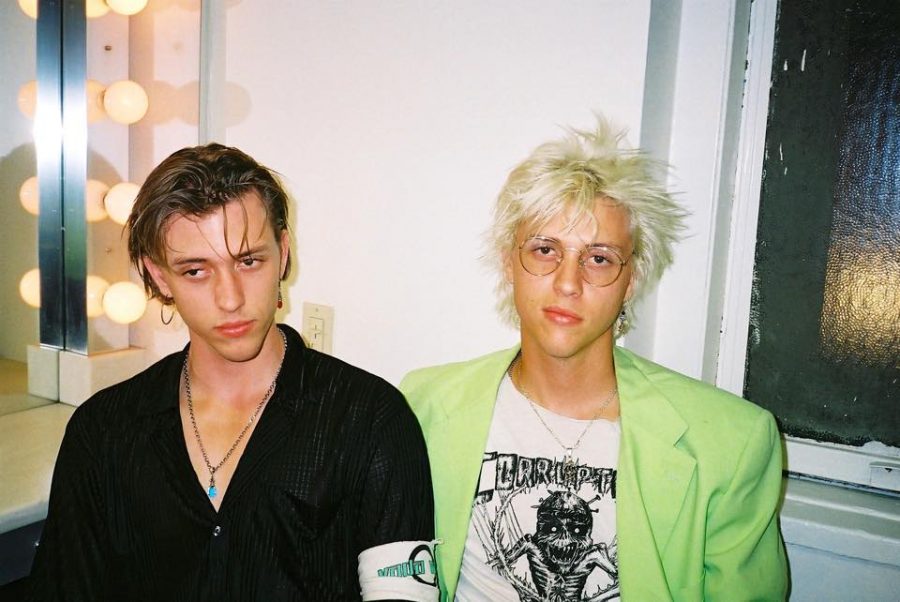 When I was 10 years old, Santa got me a Yamaha PSR e313 digital keyboard for Christmas. I was thrilled, and naturally, my immature mind gravitated towards the sound effects kit. After toying around with the instrument for a few minutes, I distinctly remember gathering my family around and everyone laughing hysterically at how lame we thought they all sounded. Flash forward eight years, and imagine my reaction when I hear those same sound effects that I once mocked turned into the foundation for a ferocious modern punk song called “:(.”

Orange County, California. Home to a thriving elderly population, white picket fences, Fortune 500 companies and a pair of twins making some of the most aggressive, invigorating music today.  Wyatt and Fletcher Shears – releasing music as The Garden – known for bundling elements of punk, rap and pop all into one style of music they call “Vada Vada” and dialing the energy level to 11. The 24-year-old twins’ first four projects have established a prominent spot for them in the burgeoning Los Angeles independent music community, and “Mirror Might Steal Your Charm,” the duo’s latest release, will undoubtedly continue their rise in the indie scene.

“Stallion,” the first track, exemplifies these punk roots and sets the bar for energy extremely high. The song begins with a heavily-distorted lone guitar, introducing a dark and gritty harmonic tone. Eventually, the song’s main riff kicks off and the energy of the album begins to seep in. Then, like a strike of lightning, the double-time drumming of the Fletcher twins takes over your ears and injects a shocking and heavy dose of electric energy into the music.

The Shears twins have developed a reputation for constantly creating on the cutting edge, but at their core they are a punk band. The guitars are loud, the drums are fast and the lyrics are shouted with a ferocity that kicks your heart rate up. It’s the kind of adrenaline that might make those unfamiliar with the group reaching for the pause button.

For fans of The Garden, this album is an exhilarating step forward in the musical Vada Vada universe. On one hand, you can feel yourself itching to blare this music at full volume and launch yourself into a mosh pit at one of their notoriously crazy shows. On another, the duo shows such an attention to detail that you want to find the best headphones you can get and listen for every little detail, which makes this one of the most interesting and nuanced albums of the year.

However, first time listeners will struggle with the density and sheer weirdness of this project. The majority of the album is filled with constant tempo switches, contrasting nonchalant lyricism along with aggressive delivery and exotic musical idiosyncrasies. While the band rewards those looking for something more digestible with “Let the Dogs Out,” which pays homage to The Garden’s early punk style, the music is still a lot to grapple with for those unfamiliar.

The duo seems like they draw from a source of infinite ideas, as every song incorporates bizarre but cohesive elements that cannot be found elsewhere. Even more, they’re presented in this absurdly genuine way. Very rarely can one listen to lyrics like, “On this day you are now a functioning member of the section between the sun and the moon” or “I love the character he played on Spongebob” and be struck with genuineness and authenticity, showing their ability to foster an identity for themselves and stay true to that.

Keep on your toes. Many songs are actually a collection of wildly-contrasting tunes bundled together, and because of this you can rarely tell when one song ends and another begins. If necessary, journey through The Garden’s 2015 album “haha” to acclimate yourself to the eccentric Vada Vada style. If you can manage to keep up with the wildness and spontaneity of the project, you will be immensely rewarded with one of the most intricate and genuine albums of the year. “Mirror Might Steal Your Charm” was released on March 30, and is available on all major streaming platforms.

Tyler Wyatt can be reached at [email protected]