The trouble with tour groups

They shuffle in a mass at an excruciatingly slow pace 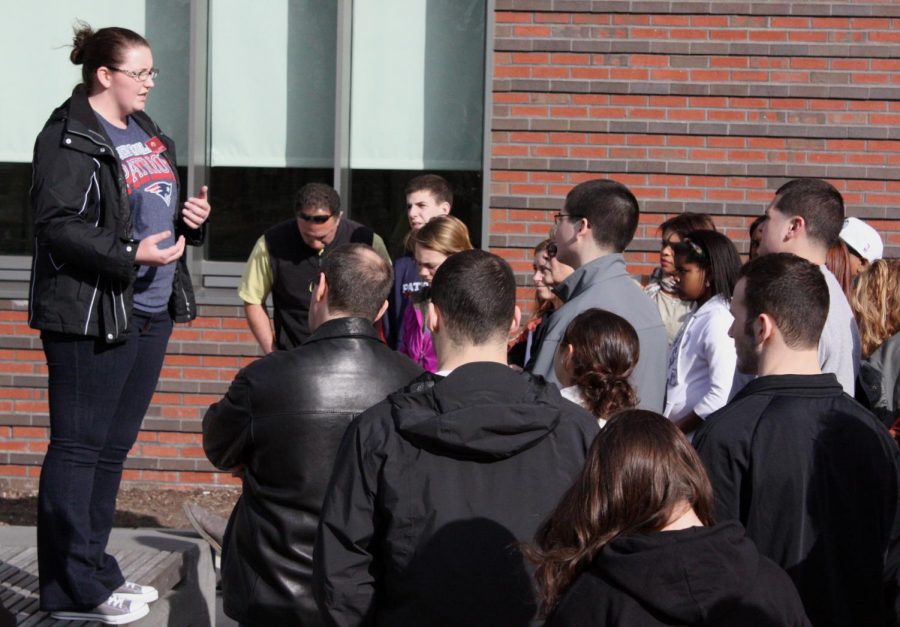 Spring is in the air. The birds are chirping, the darties are starting and the campus is suddenly filled with an influx of prospective students who want to tour the University of Massachusetts. There’s no missing them, for they come only in large packs, all huddling together with bored looks on their faces and holding their shiny red new folders. They are constantly in the way, taking pictures and staring blankly at poorly-designed maps of the campus. They are heavily concentrated in the Student Union, the Campus Center, the Integrative Learning Center and of course, the dining halls.

When I travel in between my morning classes I am sure I will be a few minutes late now, to account for the incredible foot traffic in the ILC; herds crowding the entire stairwell, bewildered students attempting to squeeze in on any side, with little luck. And anyone who has ever experienced a tour group on a college campus knows that this group of people has a unique characteristic: the lack of the ability to walk properly. They shuffle in a large mass at an excruciatingly slow pace, bumping into each other and into students without regard. They are often looking up or around the room and not where they are walking, resulting in many accidents. While on my way to class last week, I was infuriated to find my delicate blend of steeping hot herbal tea all over the front of my sweater, plowed through by a tour attendee, who didn’t even notice that he had soiled my shirt and ruined my zen for the rest of the day.

My friends and I went to get dinner last week and we were pleasantly surprised to find a mob crowding the dining commons. Prospective students and their parents took up most of the tables at Berkshire Dining Commons, preventing most students from finding seats and getting food due to the incredibly long lines. After 25 minutes, when we were finally able to sit down, it was very difficult to even get food. Some lines were just too long to wait in after we had already wasted nearly half an hour to look for a seat. Navigating Berk in general is a challenge, and it’s even worse having to wait for people to move out of the way who don’t know the flow or general order of the D.C. and being patient for someone saying “Oh Becky look, they have SMOOTHIES!” to move out of the way of the glasses.

Not only are the groups a travel hindrance, but their presence often provokes what seems to be uncontrollable behavior from current students. As the groups walk by, students will often shout at them and make strange gestures in their direction. I have yet to encounter one group without hearing some overexcited frat boy yell “Don’t come here” or “Zoooo.” I’m sure this isn’t the most meaningful way for the prospective students to see campus life. It is also incredibly distracting and annoying to listen to the noise that comes along with the groups, both from the incoming students and the current self-control deficient ones.

Not everyone is a chronic procrastinator like me. I was too lazy to drive out to campus to ever see it before coming here, committing to UMass at 11:58 p.m. on April 30 last year. The college decision process is one of the most impactful choices young adults can make, determining their financial, academic and social future. Most students want to see the campus before they give their hopes, dreams and nonexistent $28,000 a year to the school, which is an entirely reasonable and logical decision. But what about the students who already pay huge sums of money each year to attend the University?

I am amazed by the scheduling of it all, the timing of the groups interfering directly with major meals and the busiest hours of the day for classes. The main problem is that the priority here is clearly being given to the prospective students and their families, rather than the students who currently pay the University to go here and who call UMass home. Some careful thought must be given to revise some of the policies and practices of giving tours across campus. My tea-stained sweater thanks you.