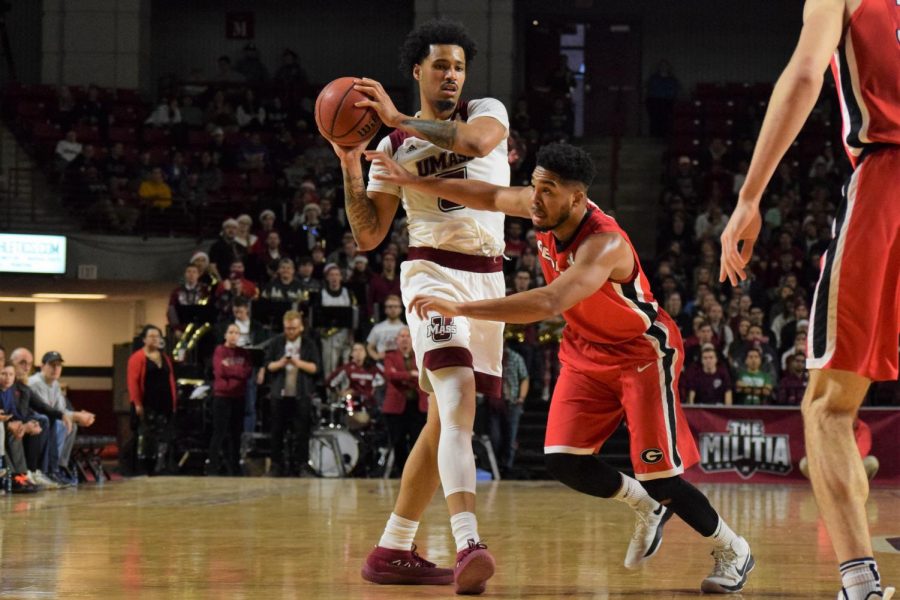 Malik Hines isn’t the only big man to be departing the Massachusetts men’s basketball team before the start of next season.

According to Matt Vautour of the Daily Hampshire Gazette, sophomore forward Chris Baldwin has also asked coach Matt McCall for his release from UMass.

Baldwin joined the Minutemen as a true freshman in 2016 but never became a consistent starter. A four-star recruit from Springfield, Massachusetts, Baldwin only started five games with the Minutemen.

His 2017-18 season was cut short following a game against La Salle on Jan. 24 due to an injured quad that he elected to have surgery on.

In 21 games this season, Baldwin averaged 16 minutes on the floor and 4.8 points per game.

The sophomore will have to sit out a year because of the NCAA transfer rules, but will still have two years of eligibility remaining.

Less than a week after Malik Hines announced that he was leaving the UMass men’s basketball program, McCall filled the open scholarship with recruit Sy Chatman.

Committed ✅. s/o to @itswt24 for helping me out with the dope video go check him out🎥 pic.twitter.com/R0mFXEEQvE

He joins Tre Wood and Samba Diallo as the only freshmen to commit to UMass for the 2018-19 season.