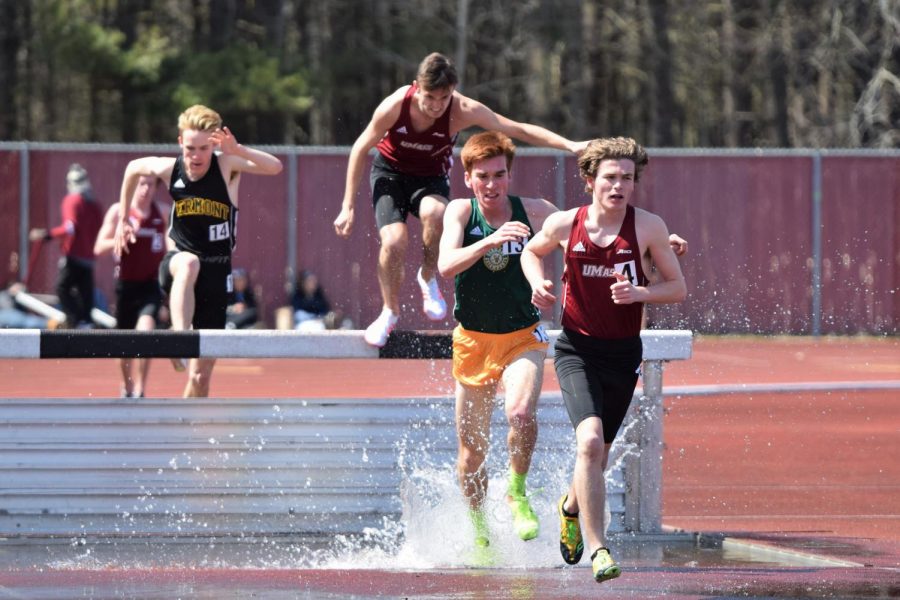 The Massachusetts men’s and women’s track and field teams will see several days of action this week, starting with the Holy Cross Heptathlon for the Minutewomen and while the Minutemen participate in the Decathlon on April 18 and 19. The team will then split squads with some athletes traveling to Princeton, New Jersey for the Larry Ellis Invitational beginning on April 20 and others will be headed to the Holy Cross Invitational, beginning on April 21.

Both teams combined will be sending five athletes to the Holy Cross Heptathlon and Decathlon. For the men, junior Jonathan Collins and freshman Michael Long will get the call to compete in the decathlon, while freshmen Kira Kopec and Emma Jones in the heptathlon. While redshirt junior Bridget Deveau was slated to compete, coach David Jackson ultimately decided to scratch her.

“The decision to scratch Deveau was strategic,” Jackson said. “She had a very long indoor season and she is showing some signs of fatigue, so we don’t want to overwork her before championship season.”

Deveau may throw shot put at the Holy Cross Invitational, but otherwise, they will keep her workload light this week.

As for the weekend’s invitationals, the Larry Ellis Invitational will see athletes representing 140 schools over the two-day meet in New Jersey. Among the UMass representatives will be members of the distance team including redshirt senior Heather MacLean and senior Colleen Sands for the women, and sophomore Dawson Bathgate and junior Michael Famiglietti for the men. UMass will also be sending a handful of field athletes including sophomore Jada Harris and freshman Patricia Douglas, who will be competing in the high jump.

At the one-day Holy Cross Invitational, UMass plans to use this meet to continue to allow young athletes to get some outdoor experience. With the Atlantic 10 championships just two weeks away, Jackson just wants to see his athletes compete.

“Many of our guys are looking to prove themselves moving forward,” Jackson said. “I tell all of them that they can and will make a difference for our team as long as they go into the event with the right mindset.”

Although these meets are unscored, Jackson is carefully evaluating each performance as he decides which team he will take to the A-10 championships at George Mason on May 5. He also is aware that the A-10 championships run during finals week and if they aren’t quite ready to compete on the track, he would prefer to hold them from going and ensure that they are performing well in the classroom.

Tyler Movsessian can be reached at [email protected] followed on Twitter @t_movsessian.