Fellion will be held on probation 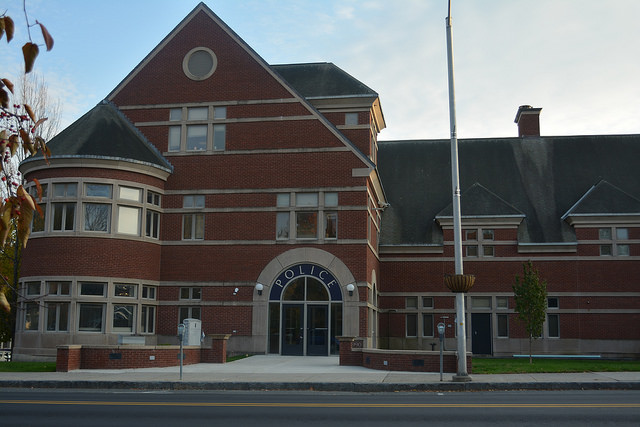 Ryan Fellion, 19, of Belchertown has pleaded guilty in the Eastern Hampshire District Court to a negligent vehicle homicide charge in connection to a crash that killed 62-year-old Amherst resident and blogger Larry Kelley.

Feb. 17 of last year Fellion was driving down Federal Street/Route 9 in Belchertown when his vehicle crossed into the opposite lane, colliding head-on with Kelley’s vehicle. Kelley was pronounced dead at the scene.

According to a statement from Mary Carey, communications director of the Northwestern District Attorney’s Office, Fellion was originally sentenced to two years in the House of Corrections. However, Judge Michael Mulcahy later suspended the sentence for two years permitting that Fellion does not violate the conditions of his probation.

The probation conditions include that Fellion must continue counseling, stay employed or enrolled in college and make 30 presentations to high school students on the consequences of reckless driving. Additionally, Fellion was given a 15-year license suspension.

According to MassLive, Tom Kelley, brother of Larry Kelley, hoped that the judge would enforce the maximum two-and-a-half year sentence for Fellion.

“I lost my best friend, Christmas will never be the same,” he said in a hearing.

Mulcahy chose to suspend the sentence stating he had to consider the fact that Fellion had no prior criminal record.

According to Fellion’s defense lawyer David C. Kuzmeski although he did not speak in court Fellion did issue a letter to the family of Kelley. Kuzmeski argued against Fellion serving any jailtime, saying he is someone “of good character” and that his “inattention caused the accident,” according to MassLive.

“While the Commonwealth believed that jail time was appropriate in this case, we respect the Court’s decision,” Covington said, according to the statement from Carey. “Hopefully this disposition will bring some closure to this tragedy.”

Kelley was well known for his blog, “Only in the Republic of Amherst” where he wrote on breaking news, town events and expressed his political opinions. According to the Daily Hampshire Gazette, he was also a member of the Amherst Town Meeting, owner of a karate studio in South Amherst for 28 years and a columnist for the Amherst Bulletin.

Alvin Buyinza can be reached at [email protected] and followed on Twitter at abuyinza_news.