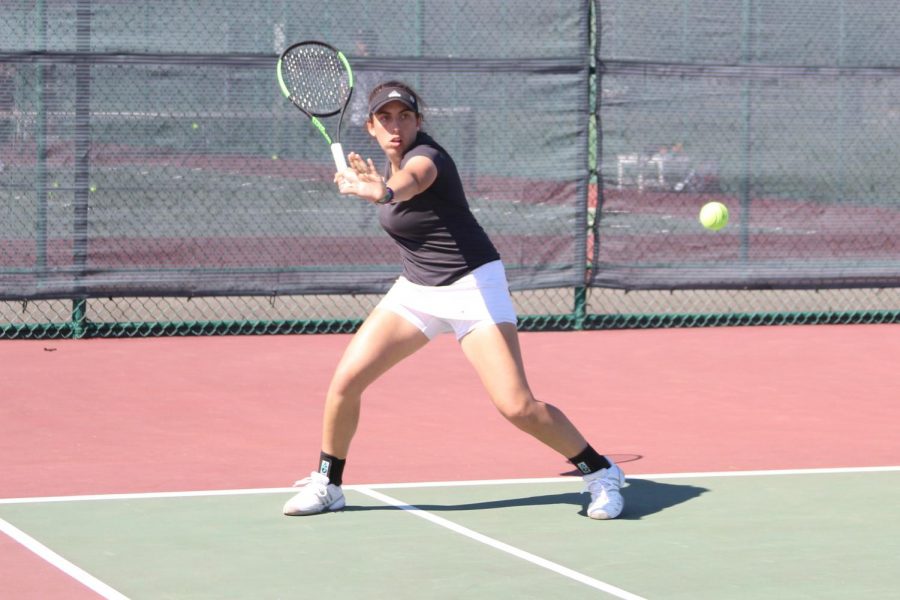 When seniors Ana Yrazusta, Laura Moreno and Michelle Katzelnik joined the Massachusetts tennis team four years ago, they probably could not have envisioned where the program would be heading into its last home match this Friday against Rhode Island.

Having already achieved their goal of winning an Atlantic 10 championship last year, the Minutewomen have found themselves with a target on their back all season and Friday will be no different. With only one regular season match remaining, UMass sports a 9-6 record with two wins and two losses in conference play following a 6-1 defeat to Richmond and having its match rained-out against Saint Joseph’s.

URI has yet to win a match on the spring season (0-15, 0-6 A-10), but despite the Rams poor showing, UMass will have a lot to play for on Friday and will not overlook its opponent.

The match against URI will mark the last time fellow country women, Yrazusta and Moreno, will compete as doubles partners at the Mullins Center courts. Despite all the wins their senior class has accumulated, all three players say their biggest takeaway from their UMass tennis career might be the friendships and family they have all formed.

“It has been an opportunity of a lifetime,” Yrazusta said. “Coming over here from Spain for four years, I have grown a lot, not only as a tennis player but a person. From being by myself to not having my parents there all the time, this has given me some best friends for life from all around the world and I’m forever grateful for that.”

Despite the importance of Friday’s match for the seniors, the Minutewomen have an even greater opportunity starting the following Wednesday when they compete in the A-10 championships.

“Friday will definitely be an emotional day with it being our last match in Amherst,” Moreno said. “But, we will try to set the tone for the A-10s. URI is an A-10 school and anytime you face a team like that, you want a good result.”

The Minutewomen will look to build some momentum against the Rams before they head to Florida to try and defend their A-10 title. Having only played four conference games so far and with 13 other A-10 teams, it’s likely that UMass could square off against an opponent they have yet to face.

For first time since the 2001-02 season, the Minutewomen have a chance to defend their title.

Being the hunted instead of the hunters is something new to Yrazusta, Moreno and Katzelnik.  They want it to be a program staple going forward.

“After winning A-10s last year, the only thing we have left to accomplish is to just keep winning,” Yrazusta said. “We want to continue building off of last year and build a tradition of UMass tennis winning A-10 championships.”

An Atlantic 10 championship will result in a second consecutive trip to the NCAA Tournament. Their first match will be next Wednesday, April 25, unless they secure one of the top two spots in the standings, where they would then play on Thursday, April 26.