Greg Carvel locked in through 2023 with UMass hockey 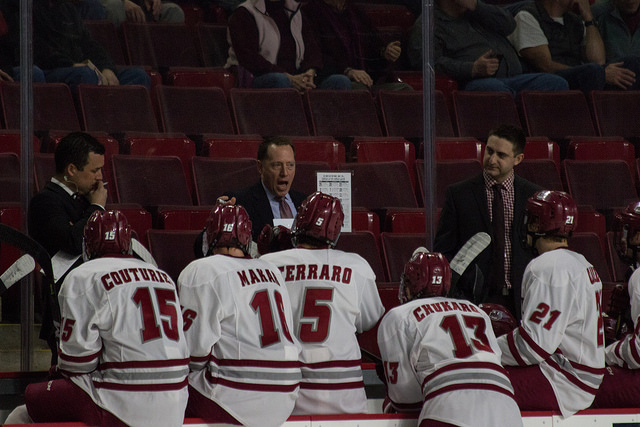 The man behind the biggest one-year turnaround in Division I hockey this past season has been rewarded with a contract extension with the University of Massachusetts hockey team.

“Greg and his staff have worked tirelessly to build our hockey program into a national contender,” Athletic Director Ryan Bamford said in a press release. “I am extremely proud of our progress since Greg arrived in 2016 and look forward to many years of competitive success for the Minutemen under his guidance.”

What began as a top-three nationally ranked recruiting class for Carvel and the Minutemen in 2017-18 quickly unfolded on the ice, finishing with a run to the Hockey East Quarterfinals and a 17-20-2 record by year’s end.

“I chose to come to UMass because of the great potential for success at the national level,” Carvel said in a press release. “The future of our hockey program is extremely bright and further motivates me to ‘wake the sleeping giant’ which is UMass hockey.”