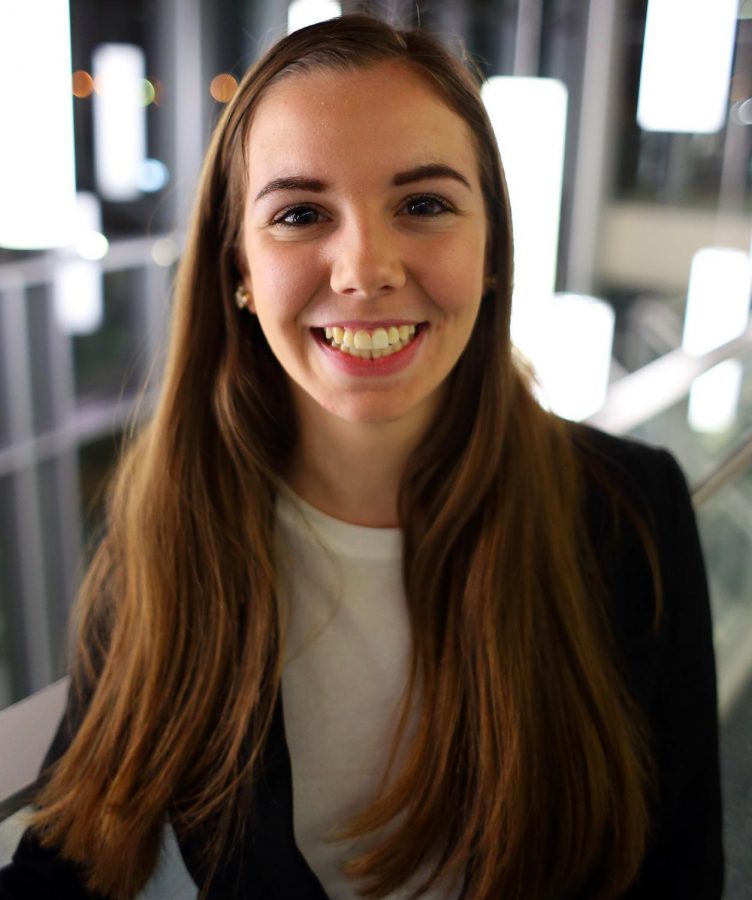 Four years ago, I had recently committed to the University of Massachusetts, but had almost no idea what I wanted my major to be. I thought that maybe I wanted to do event planning of some sort as a career, but because four years seemed like a long time at that point, I decided to just figure it out when I got to UMass in the fall.

Come late September, my brother, who was managing editor at the Massachusetts Daily Collegian at the time, mentioned that they needed someone to help run the Collegian’s social media. He said they would open applications soon and if I was interested, I should apply. Since I was starting to pursue a degree in communication at the time, he thought it could be a good way for me to get experience and figure out if this was something I really wanted to do. While it sounded interesting and fun, I had told myself that just because I was at the same school as him, I wouldn’t just do whatever he did. After 18 years of hearing, “Oh, you’re Patrick’s sister,” I wanted to be my own person.

Over the next few months, he and his two friends who worked at the Collegian kept mentioning the social media assistant position but I just ignored them, still insisting that I should do my own thing. But then it was the beginning of November and they still needed someone for the position. With a few months of college under my belt — enough time to start to find my own place on this campus — I realized that I actually did want the job and that I shouldn’t pass up the opportunity just because I’d be working with my brother. That was only one factor. In addition to being my brother, he is also one of my best friends, so I thought it may turn out to be fun. In fact, I realized that, given my major and interests, this would give me good experience and help me start to solidify a potential career path.

As you may expect by this point, I applied and got the job. Sophomore year, I was promoted to social media coordinator and stayed in the position until I went abroad the first semester of my junior year. When I returned from abroad, there was no question of whether or not I’d return to the Collegian, it was just a matter of figuring out what my role would be. I thought I would just rejoin the social media section, likely as an assistant. However, there was talk of solidifying an outreach position, focused primarily on creating a Collegian alumni network. I said I would give it a try and started reaching out to the recent alumni I knew from my couple years at the Collegian. I began to build an alumni network and planned a small event to get everyone back on campus to reunite in April 2017. The alumni who came really enjoyed the event and were interested in doing more like it in the future, so after this “trial run,” I proceeded to start planning how to make an event for this year even bigger and better.