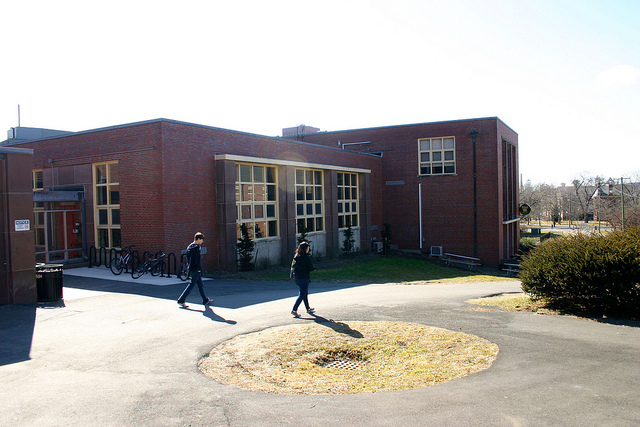 The University of Massachusetts is set to begin the process of constructing a new Worcester Dining Commons building this July, with construction officially beginning in the fall.

According to a description on the UMass website, the project will entail the construction of an 87,000-square foot building that will cover parking lot 63, which is located adjacent to the current Worcester Dining Commons.

The new building will contain a main dining area, a ground-floor retail food café, a commercial bakery and a restaurant.

According to Burt Ewart, the project manager of the Worcester Dining Commons construction project, the main dining hall will be able to seat over 800 students and will feature a variety of changes to the cuisine options provided within the dining hall.

“There will be an emphasis on farm-fresh products, and will include vegan and halal choices,” Ewart said via email. “One really important piece is the ‘Teaching Kitchen,’ which will be an ever-changing menu and prepared so patrons can actually see how to cook the meals served themselves. There will also be a Grab-and-Go component on the ground floor, specially designed to allow students the opportunity to quickly pick up high-quality food to go, with much-improved queuing compared to existing Grab-and-Go locations.”

In addition, Ewart noted that the new building will provide a variety of recreational spaces open to UMass students.

“The Worcester Commons will include elements of a student neighborhood center, including a small fitness center, a contemplative (quiet) space, music practice rooms and student meeting rooms,” Ewart said. “The lounge space on the ground level will include both relatively intimate as well as large group gathering spaces, and will include large screen TVs to show team sports and other programming that groups want to watch together.”

Based on the online description, space surrounding the building, “will include [the] replacement of lot 63 parking, loading spaces for the Dining Commons and outdoor gathering spaces.”

The project is estimated to cost UMass a total of $50 million and is expected to be completed and in full operation by the start of the Fall 2020 semester. Early work consisting of relocating underground utilities will begin in July, with construction of the actual building beginning in the fall.

Ewart added that “the existing Worcester [Dining Commons] will remain open so there will be no loss of dining operations in this part of campus.” Additionally, a fence will be placed around the construction site and traffic will be diverted to maintain safety in the area.

In addition, Ewart explained that the current Worcester Dining Commons will be demolished starting in the summer of 2020, and the extra space will be used to make up for lost parking due to the construction of the new building.

Doug Marshall, the interim director of Campus Planning at UMass, during the 2017 update on the UMass master plan held in January of 2018, felt the master plan had been useful in providing important standards for capital projects built on campus.

Marshall said, “[The master plan] was in part prompted by us realizing we were going to be doing a large amount of capital project work over the following five years. We wanted to get a sense of what kind of build out we could have on campus and stay within the border that we had at the time… By in large, the projects we have under taken have been consistent with the master plan.”

Will Mallas can be reached at [email protected] and followed on twitter @willmallas.