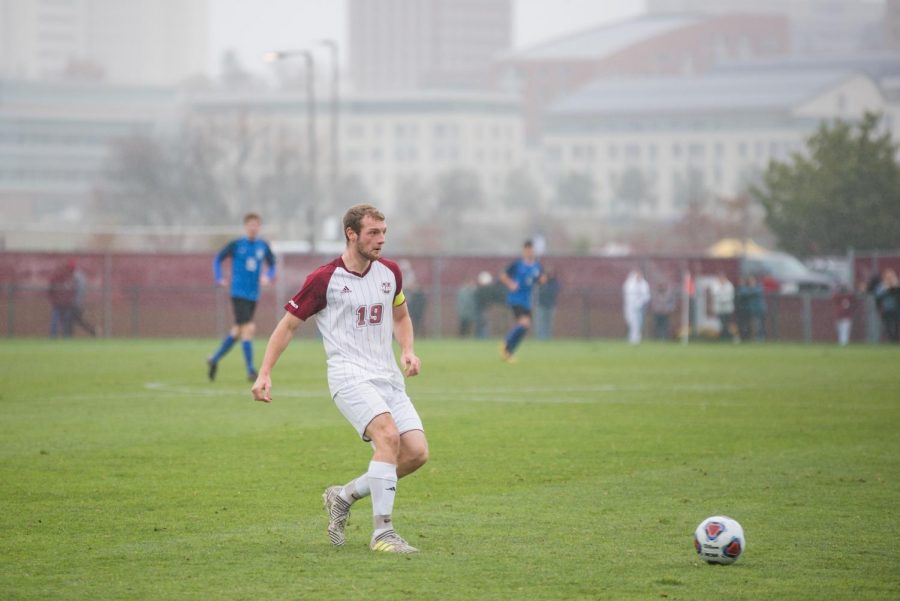 A strong defensive effort couldn’t keep the Massachusetts men’s soccer team from an opening night defeat on Friday, as the Minutemen fell to UMass Lowell on the road to start the season.

UMass (0-1) had enough possession going forward, but couldn’t quite find the right ball in the final third to create any chances of real quality, registering just three shots on target all night and failing to put a single effort on frame in the final 45 minutes.

Despite the result, UMass coach Fran O’Leary was optimistic in the aftermath.

“You’re obviously always disappointed with a loss, but we’re really pleased with the performance,” O’Leary said. “We played UNH three or four games into the season last year and we weren’t competitive, and we’ve played an equally good team tonight, away from home, and we were very competitive. I think we outshot them eight to two in the second half, if for one bounce here or there we could’ve got back in it.”

The back line is always going to be the team’s strong point — all four starters from last season return this fall — and Friday was a characteristically strong night at the back, as the Minutemen held the River Hawks (1-0) to just eight shots and only three on target.

The only goal was a piece of individual brilliance from UML midfielder Jakov Basic, who stepped up from 25 yards and curled a perfect free kick past UMass goalkeeper Marvyn Dorchin in the 37th minute.

“It was a piece of quality,” O’Leary said. “All credit to their lad. It was a fantastic strike on the free kick and [Dorchin] couldn’t do anything with it, so you hold your hands up and say, ‘what a lovely piece of skill.’

“The defense was very good, but it starts with Davis [Smith] up top; we defended as a collective. But to hold a talented team to no shots in the second half and no goal from open play, all positives. We’ve a lot of work to do, we’ve got to get better, but we wanted to show a competitive spirit and a brave mentality, and we showed both in abundance tonight.”

The second half saw better play between the UMass midfielders and some better movement going forward, but the Minutemen never produced any notable chances. It was a solid performance all around, but one that lacked that final ball in the attacking third.

“I thought both teams acquitted themselves very well,” O’Leary said. “They had the better of the first half, and I felt we definitely had the better of the second half and looked more likely to score. I thought there were good performances throughout, from the goalkeeper all the way to [Smith] up front. So, disappointed in the loss, but we wanted to come here and see if we could be competitive again this year, against a top team, and I thought we acquitted ourselves well.

“Disappointed with the loss, but there’s a lot of good stuff to work on as we push on.”

The Minutemen will hit the road in search of their first win next week, heading to Sacred Heart for a 3 p.m. kickoff on Monday.