Minutemen led by plethora of seniors 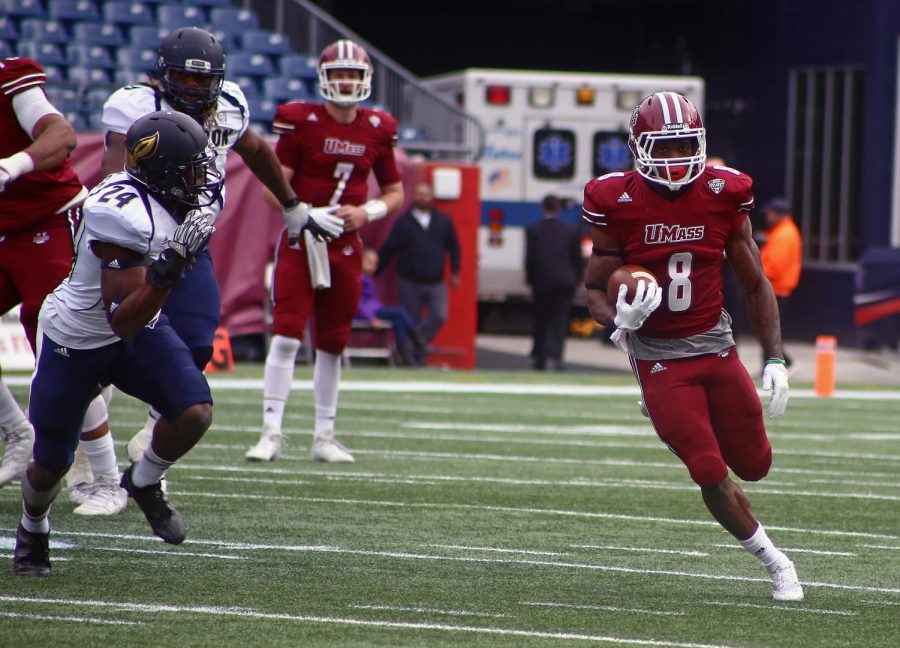 The Massachusetts football team is set to kick off its 2018 season with a home game against Duquesne, Saturday night at McGuirk Alumni Stadium.

The Minutemen, led by a trio of seniors in quarterback Andrew Ford, wide receiver Andy Isabella and running back Marquis Young, hope to start their season off with a win. Last year, UMass didn’t earn its first win until Oct. 21st vs. Georgia Southern.

For the second straight season, the Minutemen will begin their season in college football’s “Week 0”, with this year’s bout featuring the Dukes, a Football Championship Subdivision squad. In 2017, UMass opened its campaign with a heartbreaking 38-35 loss to Hawaii.

Following a solid junior season that included 2,924 passing yards, 22 touchdowns and 4 interceptions in 11 games, Ford looks to be the top option at quarterback in coach Mark Whipple’s offensive attack this season.

The native of Camp Hill, Pennsylvania enters his senior year with top five numbers in virtually every category and looks to boost those even higher in the Minutemen record books starting Saturday.

Isabella and Young will shoulder a bulk of the load offensively for UMass as Ford’s two top options. With 129 receptions for 1,828 yards and 17 TDs over the last three years, Isabella has emerged as a legitimate threat along the line. In the backfield, Young has strung together three impressive seasons totaling 2,840 rushing yards and 22 total touchdowns and is the undisputed leader among Minutemen running backs.

On the opposite side, redshirt senior Bryton Barr and junior Isaiah Rodgers will highlight coach Ed Pinkham’s defense. Last season, Barr led UMass in tackles with 105 while Rodgers broke up 14 passes, tops among Minutemen by seven.

Although a tier below UMass, Duquesne is no slouch. Compiling a 7-4 record last year in the Northeast Conference, the Dukes return their pair of offensive catalysts in running back A.J. Hines and wide receiver Nehari Crawford.

Saturday’s game is the first ever meeting between the two programs and kickoff is scheduled for 5:30 p.m.