General election will be held Nov. 6 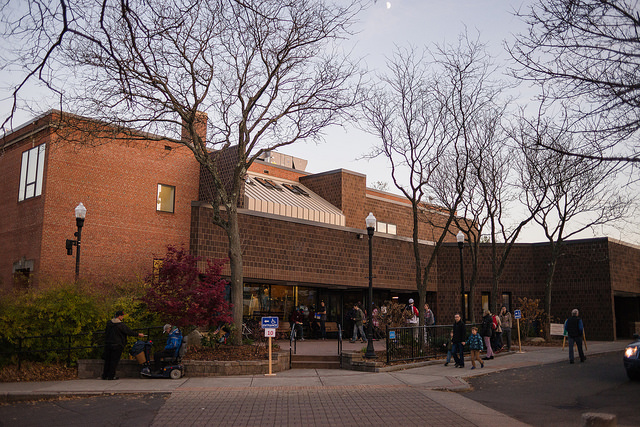 The town council, which plans to convene for the first time this December, will officially replace the town meeting format of government as a result of the passage of a new town charter this spring. The Council will have 13 members: three at-large councilors and two from each of the five districts.

For the at-large council seats, the six highest vote-getting candidates will successfully proceed from the preliminary election to the general: Mandi Jo Hanneke with 2,681 votes, Alisa Brewer with 2,460, James Pistrang with 2,438, Andrew Steinberg with 1,826, Robert Greeney with 1,410 and Robert Kusner with 1,130.

Dillon Maxfield, who received 570 votes, was eliminated from running.

Hanneke commented that she planned to “continue to work for each vote” and looked forward to meeting Amherst residents as she canvassed the town.

“I am honored that I finished first in the preliminary election,” Hanneke wrote in an email to The Daily Collegian. “The residents of Amherst clearly support my priorities.”

Pistrang commented that he was pleased with the results of the primary but “not complacent.”

“I plan to continue to work hard between now and the election to introduce myself to voters, listen to what they have to say about our town and urge them to examine all candidates and make an informed choice on November 6,” Pistrang wrote.

Kusner, a professor of mathematics and statistics at the University of Massachusetts, said he felt it was important as a candidate to be engaged with the campus. Expressing concern about what he believes is rising political polarization in the town, Kusner emphasized his hope that the town council will be “governed by reason, logic and facts.”

In the first district, there were only four candidates and none were eliminated in the primary. Sharon Povinelli, Cathy Schoen, Sarah Swartz and Nicola Usher will appear on the ballot in November.

“With the state primary and local preliminary behind us I plan to spend most of my time and energy engaging with voters in my district in person,” Usher commented.

In the second district, four candidates will advance: J. Lynn Griesemer with 855 votes, Patricia DeAngelis with 572, Victor Andres Nunez-Ortiz with 442 and Peter Vickery, 434.

Juan Manuel Ruiz-Hau finished last with 132 votes and was eliminated from the race.

Joyce Thatcher, who received 86 votes, is no longer in the running.

Pam noted that many UMass dorms fall in the third district but turnout in the district was lower when compared to others.

“One of my hopes in this campaign is to find a way to reach out to students,” Pam said, adding that she felt the best way to serve the community was to talk to people and “find out what they want.”

Page, an operations and information management and political science senior at UMass, felt it was critical to “get through the preliminary election in order to engage younger voters in the process and get them out to vote in November.”

“Surviving the preliminary election means I lived to fight another day. I did however, come in fourth out of four that moved on in my district. I will be knocking on doors, making phone calls and attending events, everyday up until the election,” Page said.

In the fourth district, the winners were Evan Ross with 439 votes, Jacqueline Maidana with 412, Stephen Schreiber with 381 and David Reffsin, 271.

Schreiber, a UMass professor and chair of the department of architecture, said he hoped to “engage the UMass community more fully in the election,” pointing out that several dorms, including Butterfield and Gorman, are in the fourth district.

“I believe that students and faculty are the lifeblood of this Amherst, and we should be welcoming them into the community, including downtown housing,” Schreiber commented.

Two candidates were eliminated in the fourth district: Niels Lacour, who received 85 votes, and James Roche, who received 77 votes.

In the fifth district, there were four successful candidates: Shalini Bahl-Milne with 773 votes, Darcy Dumont with 751, Paul Bobrowski with 465 and Samuel MacLeod with 460.

Dumont said the breakdown of the fifth district vote was “gratifying” and it “demonstrated that personal contact and common concerns can win the day.”

“In view of the results of the preliminary here and throughout town, I’m very hopeful that we will have independent, progressive voices on the town council that will champion the values of sustainability, inclusion and democracy,” Dumont said. “And one that will preserve the beauty and character of our town.”

Bobrowski was similarly pleased with the voter turnout and he commented he plans to “work harder to reach every single voter in district five to explain [his] positions on the issues.”

In the November general election, Amherst voters will elect three of the six remaining at-large candidates, and two candidates from each of the five districts.

The deadline for Massachusetts residents to register to vote is Oct. 17 at https://www.sec.state.ma.us/ovr/. Students attending college may register at either their campus address or home address.

Kathrine Esten can be reached at [email protected] or followed on Twitter at @KathrineEsten.