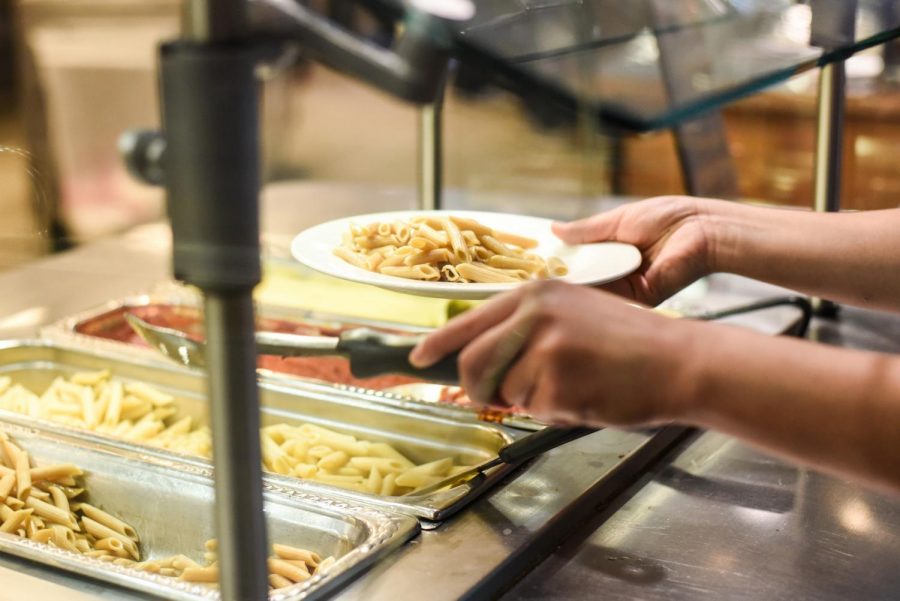 Returning students at the University of Massachusetts were recently surprised to learn that, as of fall 2018, both Worcester and Berkshire Dining Commons are no longer serving the traditional style of late-night dining on Friday and Saturday evenings, but rather a modified version.

Many students learned about the change via a post made on Sept. 7 on the popular Overheard At UMass Facebook page, which was authored by Alyx “Eris” Tsukino, a senior Classics major. The post, which simply read, “Berk and Worcester no longer do late night on Fridays/Saturdays,” sparked over 220 reactions, the vast majority of which appeared displeased by the news, reacting with many angry, gasping and tearful emojis.

“I feel it is inappropriate that the University made this move. With the dining commons already inaccessible to those who cannot afford a meal plan, the move to reduce hours is completely ridiculous. We’re paying for less availability,” Tsukino wrote in a direct statement.

DiStefano admitted to the gaffe made on the part of UMass Dining in not relaying the message properly, stating, “What we didn’t do well in this particular situation was we didn’t talk to people like you, talk to the media, try to have an understanding of why we’re doing what we’re doing. Once we kind of explained it a little bit more, they’re like, ‘Wow, that’s actually something cool.’

“We modified the Berkshire late night,” DiStefano explained. “You can actually take food out of Berkshire late night now Friday and Saturday nights. It’s a modified, upscale kind of Grab n’ Go that has the same food that was served upstairs – smaller venue, but for a variety of different reasons.” According to DiStefano, these reasons included removing the half hour gap between serving dinner and late night, thereby streamlining the process to reduce waits and lines.

He added that this decision correlates to the fact that Hampshire Dining Commons now closes an hour earlier than past semesters stating, “The only reason [UMass Dining] kept Hampshire open until 10 p.m. was because we closed Berkshire at 9 p.m. and reopened it at 9:30 p.m….So, we said, ‘Okay, we’ll just close [Hampshire] at 9 p.m. and we’ll have Berkshire stay open straight through midnight continuously.’”

Nevertheless, patrons at late night Berk had some concerns and unanswered questions surrounding the changes. Sophomore sociology major Sara Walter sees sit-in late night dining as a chance to get together over the weekend. “Taking [late night] away takes away time spent with friends,” she said, adding, “I have more than four friends and I can’t check them all into my dorm,” in reference to restrictions imposed by UMass residential life guest policy.

Myung Jin Hinsley, a sophomore resource economics major, described the cancellation stating that the eat-in dining commons “shouldn’t close during their busiest times,” whereas fellow sophomore Erick Kangethe, currently on the exploratory track in the College of Natural Sciences, had fewer qualms about the change.

“Two days doesn’t make that much of a difference and everyone is still going out on the weekend anyway,” Kangethe said.

In an effort to allay these concerns, DiStefano clarified, “If you want to go and use the server area and eat and hang out, take your food there by all means, do what you want to do. If you want to go back to your room, it’s your choice as well.”

“The decision on the northern part of the campus was that it was completely different because we weren’t getting the volume that we needed to get,” DiStefano further mentioned, adding, “It’s almost three times the volume in Berk late night than it is in Worcester in the middle of the week when things are kind of humming.”

DiStefano offered the Chicken & Co. located within Worcester Dining Commons and the BabyBerk food truck which normally parks along North Pleasant Street as alternatives to students who reside or visit in the northern sector of campus. However, it’s worth noting these locations only accept Dining Dollars or exchanges whereas the Night Owl Café in Berkshire, which runs out of the Grab n’ Go station, acts on a standard meal plan swipe.

Tsukino sees this as problematic, stating “to only open the singular Night Owl Café in Berkshire completely alienates residents of campus who don’t live in Southwest [Residential Area] and cannot make the journey over.” Tsukino further criticized the decision stating, “[The University is] making moves behind closed doors, and no one who’s affected has a say in it at all.”

DiStefano countered this idea, revealing, “We have a group of students called the student ambassadors. They’re 24 or 26 students from all across the first, second, third and fourth year students. I think we even have one graduate student. They are very heterogeneous when it comes to background.

“We use them in cases of doing some evaluations of our dining, so kind of like the mystery shopper, they come in and only we know who they really are and they can tell us pretty accurately what’s going on.” DiStefano added, “[Students] need to have a voice and they’re one of them in terms of how we make some decisions as well as we follow social media and all sorts of other stuff.”

DiStefano concluded, “The degree of hearing constructive feedback from students about concerns, that’s how we improve ourselves. And secondly, it makes me feel that students actually care about their dining program – that this is something important to them.”