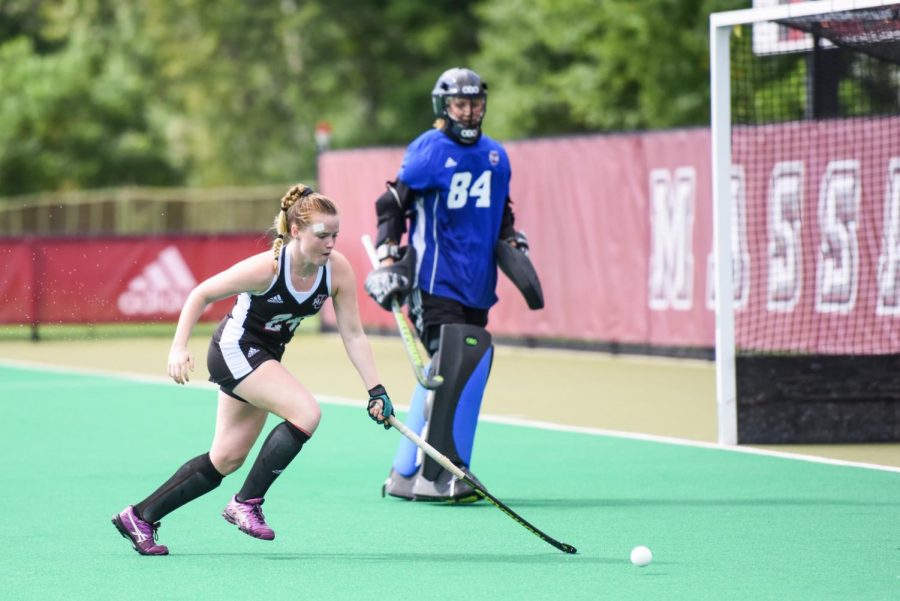 The Massachusetts field hockey team will battle Davidson in the first of two home games at Gladchuk Complex on Friday afternoon.

UMass has kept its conference record above .500 with its only loss coming last weekend against Saint Joseph’s – a 5-0 loss in which nothing was going right for the Minutewomen (4-6, 2-1 Atlantic 10). Davidson, on the other hand, is fresh off a 2-1 victory against fellow A-10 foe St. Louis.

While Davidson holds momentum, UMass has the offensive edge in terms of volume of attack, out-scoring the Wildcats 21-11 so far this season and compiling over 20 more shots than Davidson.

If last weekend proved anything, it was that the Minutewomen’s effort on offense is only effective when their defense is playing well. In fact, turnovers last weekend in the defensive third was a major issue and a key topic of practice this week.

“Our defensive issues are coming from our turnovers in the midfield,” said coach Barb Weinberg, “Having possession of the ball and limiting those turnovers is going to help us out on the defensive end. The more movement, the more it opens up lanes for the attack.”

UMass is focusing on its individual efforts rather than preparing for any team. If the defensive problems do not get resolved, Friday’s game could end up becoming a battle of the goalies.

UMass keeper Johanna von dem Borne has amassed a large quantity of saves this season, many of which have kept her team in the game. On the other end, Davidson’s goalie Sarah Zeszotarski – a junior leading the Wildcats from the net – has started in six games for Davidson. 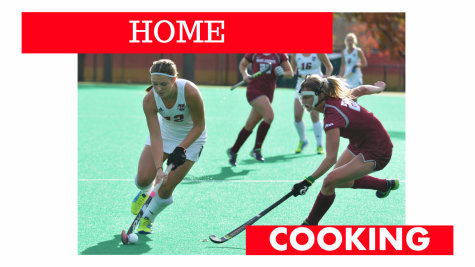 Holding down the defense for the Minutewomen this year has been Clodagh Moloney who will continue to play a majority of each game this week and focus on a better, collective defensive team effort.

“We have been working on our individual skills,” Moloney said. “We focused on pressing Saint Joe’s, but we only used that a couple of times… just focusing on ourselves rather than the other team is definitely a big factor this week against Davidson and Providence.”

Moloney is a graduate student from Limerick, Ireland and has settled nicely into her role on the team, emerging as a leader and a heavy presence when opponents break through UMass’ midfield.

“We need to put the basics together, like trapping and receiving and passing,” Moloney said. “We’ve been doing a lot of running with the ball and it hasn’t been working for us. We’ve been depending on certain individuals but I think we need to gel together as a team more and string those passes together. Hopefully get it in the back of the net.”

Although the key focus has been getting back to basics – both individually and cooperatively –e  the end goal is to have an easier time getting the ball out of the back and onto the sticks of a talented group of UMass forwards.

As Antonet Louw has continued dominating the opponents’ defense, her teammates have been able to improve around her. Freshman midfielder/forward Katherine Furry scored her first goal in the team’s win against La Salle, along with a goal from Lucy Cooper and a pair from Louw.

“Furry has come up huge for us,” Weinberg said. “She’s probably our most improved player of the season and she works so hard every day in practice. The more threats that we can have up top, the more it is going to detract from our defensive unit.”

After the Wildcats, Providence heads to Amherst on Sunday to round out the weekend slate.

Justin Ekstrom can be reached at [email protected] or @JustinJEkstrom on Twitter.