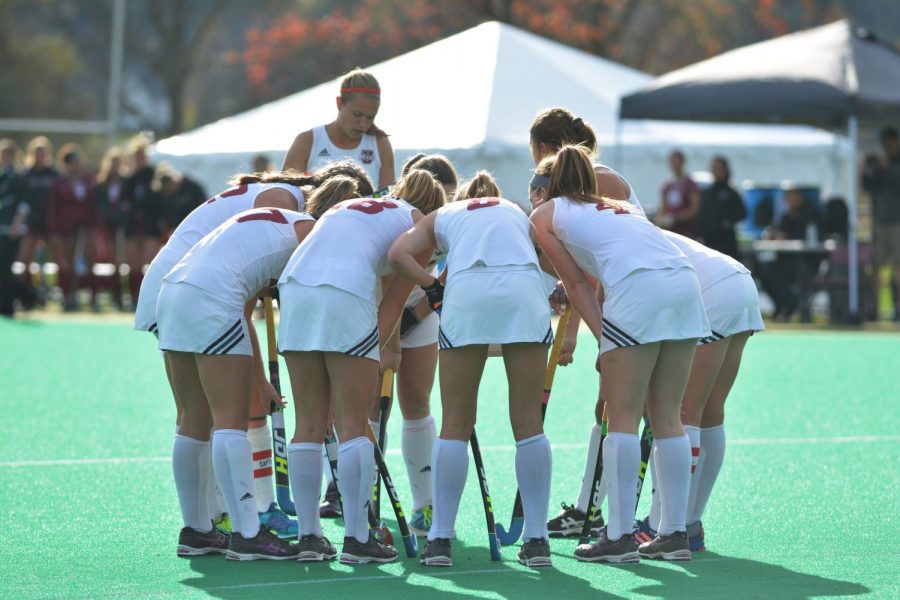 The Massachusetts field hockey team opens conference play against Lock Haven after difficult results in non-conference play so far this season. UMass currently sits at 0-3 at home and 2-4 overall as they have taken on some of the nation’s top teams while short-staffed due to injuries and family emergencies for key players.

Despite this, coach Barb Weinberg is still confident in her team’s ability to get the win.

“We’ve had a lot of adversity over the past ten days,” Weinberg said. “In that time, we’ve had some freshmen step up into starting roles while we played two of the top five teams in the country, so we are preparing them to get big minutes continuing into this weekend.”

One newcomer to the Minutewomen this season is junior Antonet Louw. She has shown that she has a keen ability to put the ball in the goal, with eight goals on the year in just six games. The transfer student from Bloemfontein, South Africa comes from the top high school field hockey team in her country and has been a major component this season on offense.

“[Louw] is a world-class goal scorer. There’s no doubt that she has an eye for the goal and can smash a ball pretty hard,” said Weinberg. “I’m excited to see what she can do as we head into conference play.”

“I’ve been doing anything I can to get my team a win,” said Louw. “I love the thrill I get from scoring and I’m happy I’ve had the fortune to get lots of goals so far. Hope it will translate into more wins for our team.”

Another player that has been asked to step up is junior Sarah Davis. The midfielder has been playing a large role on defense in the center position with the absence of sophomore Georgie McTear.

“[Davis] has been pushing hard in practice and during games to execute a really difficult position for us at a very critical time,” said Weinberg. “We’ve asked her to play a particular role, one that comes with a lot of pressure, and she is performing the way we have hoped.”

“[Davis] is a great player,” said Louw. “Circle defense is critical in field hockey and she has been really great at leading that effort so far.”

The Lock Haven Eagles come to Gladchuk Field Hockey Complex with a 4-2 record after their 6-1 victory over Colgate on Sunday. This is also their Atlantic 10 debut, as they bring two strong scorers in seniors Alyscia Smith (12 points) and Tamia Roach (9 points) and redshirt junior goalkeeper Brianna DeAngelis. DeAngelis already has two shutouts on the year.

To put her team in the best position to start off A-10 play with a win, Weinberg has identified focus areas that they have been working on in practice.

“On offense, we need to move the ball better, and focus on minimizing turnovers,” said Weinberg. “On defense, we’ll need to focus on reducing the impact that their top players will have, and structurally trying to figure out what they are doing with their outlet.”

Friday’s match will begin at Gladchuk at 2 p.m. From there, the Minutewomen will be tested on the road against a talented Harvard squad.