‘You are the stories that make UMass what it is’ 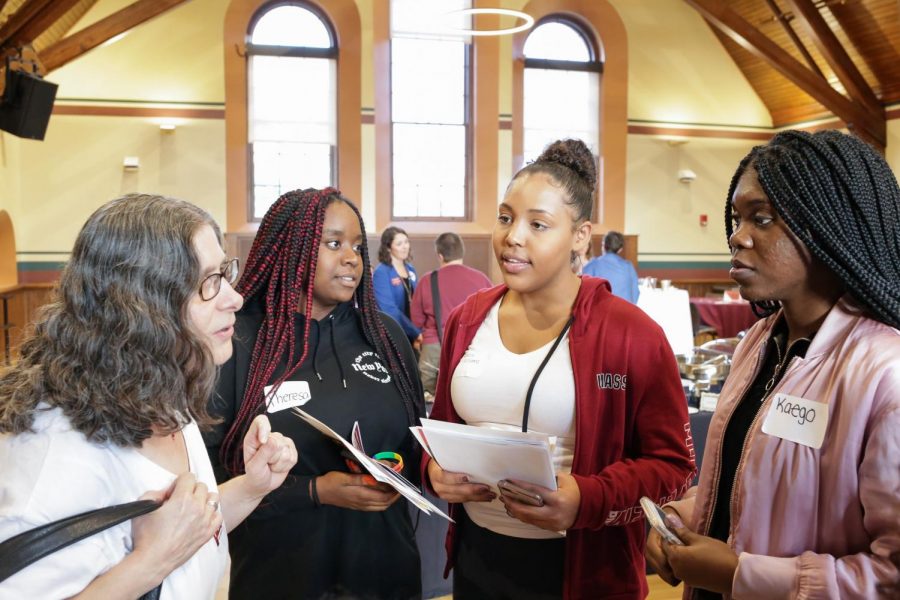 For some students, life at the University of Massachusetts consists of attending classes, eating at the best dining halls in the United States and going out on the weekends. For others, including first-generation student Brittni Larcom, life at UMass means something very different.

According to the Student Success website, one in every four UMass students is the first in their family to pursue a degree in higher education.

Larcom, a junior political science and psychology double major, explained how the financial pressures of UMass and being a first-generation student increased her involvement around campus, ultimately helping her decide which career path to pursue.

“The summer after my freshman year, there was a very real possibility that I wouldn’t be able to return to UMass because I knew I couldn’t afford it,” said Larcom. In the short month of August, Larcom and her family found a way to pay her bill for sophomore year.

“It was that change in my mindset – the fact that I had to wonder if I would be able to go back to UMass the next semester – that made me think that if this was going to be my last semester here at UMass that I was going to make it the best experience possible,” she said.

Larcom quickly involved herself in the Massachusetts Public Research Interest Group and the Academic Fellows Program to better the accessibility of financial aid for other first-generation students.

Tricia Serio, the dean of the college of natural sciences and a former first-generation college student herself, encouraged first-generation students at the event to set goals for themselves, to be bold in decision making and to reach out for help when needed.

“Be confident in yourself. You can achieve any goal that you’ve set for yourself and even some you’re not aware of that you have yet, with your passion, hard work and talent. That’s what got you here,” said Serio.

Serio assured audience members that there is no one path to success, saying, “I’m a dean. If you believe the statistics that has to do with my demographic, there’s something like a point three percent chance that I would be a dean. It’s not that I’m great or anything like that, it’s really just that there are many ways to do this. The statistics that everyone sees just tell you who did it before, not who can do it in the future.”

“I think they have a pretty good support system with all the professors and organizations that reach out,” Rijo said. “They want to see us do well which is why they offer us mentoring opportunities, financial aid and just making sure that we are always involved.”

Serio stressed to students what she thought was the most important aspect of college life.

“Have fun. We’re here for such a short amount of time, and your personal growth as an individual is just as important as your academic growth,” she said.

Gretchen Keller can be reached at [email protected] and followed on Twitter @gretchenkellerr.