Artificial sweeteners may not be as safe as they seem 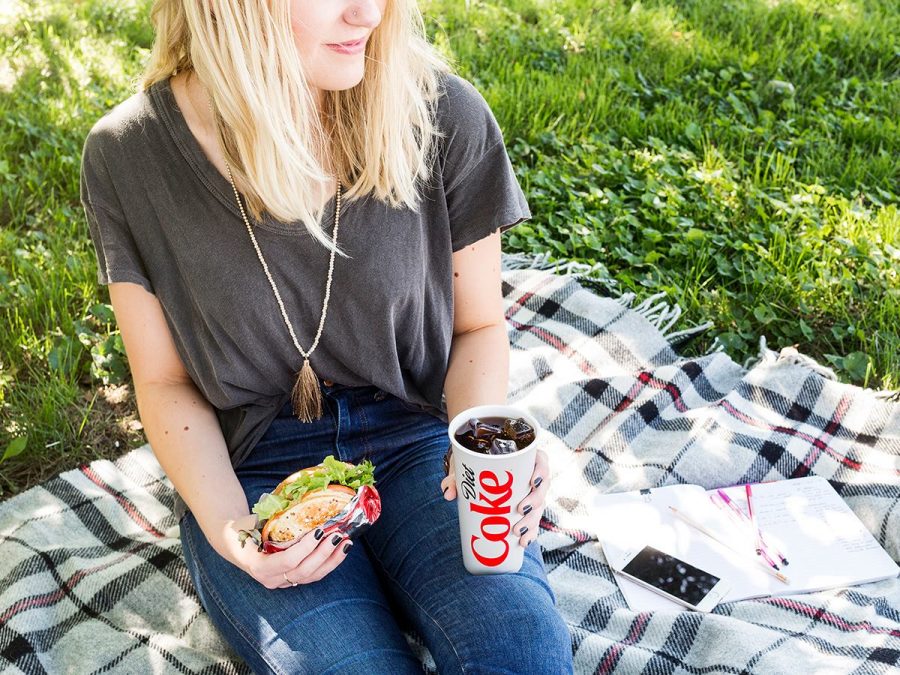 Have you ever had the lurking suspicion that the diet soda you reach for over and over again is more than just a refreshing low calorie beverage? Perhaps the diet soda quenched not only your thirst, but something else entirely. Perhaps you felt rejuvenated not only by sweet carbonation, but also by a phenomenon occurring at the molecular level.

Diet soda, typically zero sugar or zero calorie, is marketed toward people who want to lose weight or manage their sugar intake. This makes diet soda ideal for people with diabetes, since these sodas do not lead to heightened blood sugar levels, as regular sugars do. However, the sweetness has to come from somewhere. Diet sodas are typically flavored with artificial sweeteners such as saccharin (Sweet ‘N Low), sucralose (Splenda), acesulfame, advantame, neotame and aspartame, which mimic the taste of sugar and contain significantly less food energy.

While this may seem like a solution for dieters and diabetics alike, it’s not that simple. In recent years there has been widespread debate over not only the long term dietary benefits of these sweeteners, but their safety as well. Involved in this debate is Dr. Brian Hoffman from the Medical College of Wisconsin and Marquette University, who studied the link between artificial sweeteners and diabetes. Specifically, he studied the effects of glycosylation, which is the sugar modification of a protein, on the cardiovascular system. The study involved feeding rats diets high in glucose, fructose, aspartame or acesulfame potassium. By the end of the study, Hoffman found that the artificial sweeteners did in fact cause a change in the concentrations of fats and amino acids in the rats. Hoffman explains that these results show an alteration method in which the body processes fat and manages energy metabolism, and these changes point to sweeteners causing diabetes and obesity. Hoffman stresses that everything in moderation is key and that continued long term consumption is a health risk.

Various other studies have been conducted on specifically aspartame, one of the most controversial sugars sold under the brands NutraSweet and Equal. Originally produced accidentally in 1965 by chemist Jim Schlatter, aspartame is a dipeptide intermediate, scientifically known as aspartyl-phenylalanine methyl ester. It is 180 times sweeter than sugar and is used in various sugar-free products. One of the most well-known uses is in diet soda, especially Diet Coke and Coke Zero.

One study by the Cesare Maltoni Cancer Research Center of the European Ramazzini Foundation also used rats to test the sweetener’s health effects, administering aspartame at various concentrations. This treatment was continued until the rats’ natural death, and afterward all underwent necropsy. The scientists found that the prevalence of cancer, including lymphoma and leukemia, was significantly higher in rats who received the high dosages of aspartame. Therefore, the study found aspartame to be a carcinogenic agent. However, the Food and Drug Administration has approved the use of aspartame and deems it “one of the most exhaustively studied substances in the human food supply.” A recent review supports the FDA’s claims, finding no link between aspartame and cancer.

“Sweet Poison” by Dr. Janet Starr Hull, warns of the dangers of aspartame. Hull shares that she was personally affected by aspartame poisoning, which caused Graves’ Disease symptoms. She claims that she used the Aspartame Detoxification Program to cure her symptoms and states that “the research and history of aspartame is conclusive as a cause of illness and toxic reactions in the human body.” Others agree with her, supporting the claim that aspartame kills brain cells and that removing aspartame from your diet will cause symptoms of withdrawal, suggesting that it possesses addictive properties.

While the bodily effects of artificial sweeteners are still being contested, I always choose Diet Coke over regular Coke and most other drinks, and know others who do the same. I can’t tell if it’s the taste or something much more complicated, but I will continue to crave Diet Coke and I can only hope that the science will one day lean in my favor.

Chandley McKenzie can be reached at [email protected]