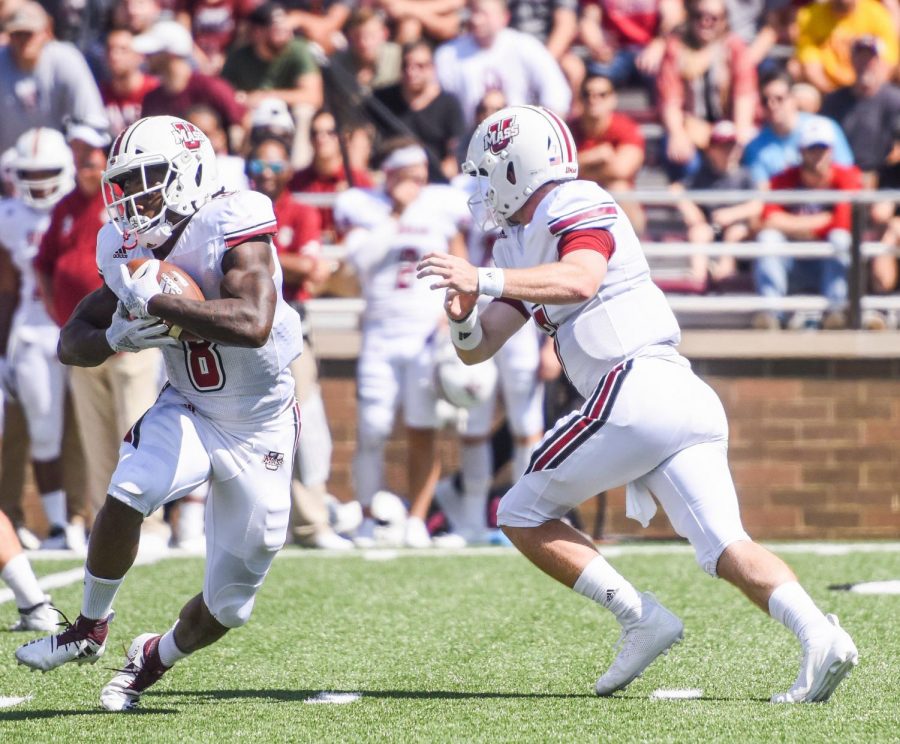 Seven days after a blowout loss to Boston College, the Massachusetts football team fell again, this time to Georgia Southern, by a 34-13 score.

“Our offense made too many mistakes and (we) weren’t as clean as we needed to be and couldn’t make a big play on defense,” coach Mark Whipple said. “Credit them they played good, (Shai) Werts played good, he threw the ball, when they had to make big plays they caught it and they played hard.”

The Minutemen took an early 3-0 lead on a 32-yard field goal from Mike Caggiano and held that lead until the second quarter.

Georgia Southern took the lead when Werts capped off a nine-play, 86-yard drive with a 5-yard pass to Cam Brown with 13:15 left in the half.

Midway through the quarter, Tyler Bass converted a 41-yard field goal try on another long Eagles drive, making it 10-3.

Fredericks found the end zone with a little over two minutes remaining in the half to tie the score, 10-10. However, the Eagles’ biggest play of the night came when Werts rushed in a 3-yard score with 35 seconds left in the first half.

“I thought the key was their drive at the end of the half,” Whipple said. “We blew two coverages, that was big, gave them a lot of momentum.”

Up 17-10, Georgia Southern got the ball back to start the third quarter and tacked on three more points on their first drive of the half on Bass’ 50-yard field goal.

Caggiano matched it with a 41-yarder of his own a little over halfway through the third, pulling UMass back within one score, but two more touchdowns from the Eagles proved to be too much for the Minutemen to handle.

Quarterback Andrew Ford went 22-for-33 for 190 yards and 1 interception but surpassed 6,000 career passing yards in the defeat.

Senior running back Marquis Young finished with 71 rushing yards on 14 attempts and eclipsed 3,000 career rushing yards in the process.

“I thought all phases played well for them,” said Whipple. “They had one turnover, that’s only one in two games, (their) coaches are doing a good job (and) they played hard. They’ve won 22 in a row now here out of conference. It’s a tough place to play so we got to learn how to get a little tougher and get on the road next week to FIU.”