Residential overcrowding leads to the conversion of lounges to quads 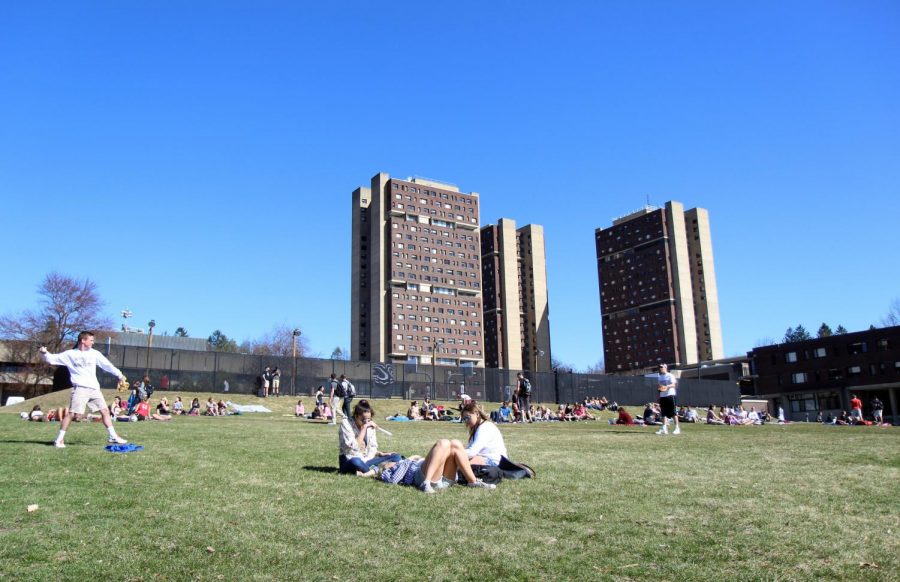 A seven percent increase of incoming freshmen in the class of 2022 resulted in the conversion of floor lounges to quadruples in numerous freshmen dormitories.

From 4,714 students in last year’s class to 5,050 in this year’s, 215 students are currently living in these expanded lounges and three in an economy triple. The last time the University of Massachusetts had to expand housing options was back in 2012.

All the lounges are roughly the same size and are able to accommodate up to four students comfortably. According to the University website, all the expanded living spaces are provided the same amenities as that of the permanent spaces including beds, desks, shelves, dressers, a place to hang clothes, windows, wireless internet access and a door with the same lock system as the other permanent rooms.

According to the Director of Student Services for Residential Life Dawn Bond, an email was sent out to all incoming first-year students in late June notifying them about the implementation of expanded housing options and inviting them to use the preference application if they were interested.

Students who are living in expanded housing get priority for room re-assignment throughout the fall and for the Spring 2019 Room Change Process over winter break.

Freshman psychology student Juliet Truesdale is currently living in a modified Emerson quad, and said that it’s “been great so far.”

“Obviously, I haven’t lived in a standard dorm before so I don’t think I’ll fully appreciate how much room we have until then. All four of us get along really well and respect each other’s sections and belongings of the room,” Truesdale said.

Truesdale was shown one of the quads during her summer orientation session and decided with three other girls to request the room together.

This was also the case for freshman psychology major Nora Coxall who requested an expanded lounge with three students she met at her summer orientation.

“It sucks at first but once you move it around and make it more ‘homey’ and make it like more your space, it’s better,” Coxall said.

When asked if she thought the expanded living would affect the students positively or negatively, Bond replied, “We think being able to house all first-year students in residence halls that are staffed with residence directors, resident assistants and peer mentors dedicated to supporting and transitioning new students is a positive.

“I recognize that some inconvenience is created by using lounges as residential spaces, but I think on balance being able to live with other [first year] students in [first year] halls with all support structures available is worth it,” Bond said.

Bonnie Chen can be reached at [email protected]