Russia doesn’t want you to vote, but you should 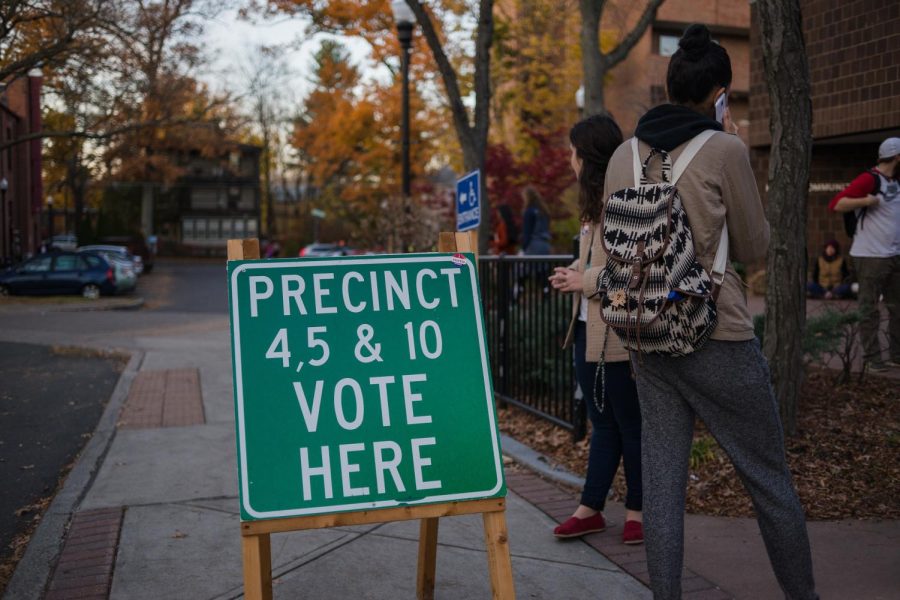 Elections aren’t decided by the people who vote. They’re decided by the people who stay at home. The United States, with its lack of mandatory voting in federal elections, has a problem of voter apathy, resulting in low turnout; a vicious cycle that reinforces itself and makes the problem progressively worse. The 2016 election had the lowest voter turnout in over two decades. In an age when advertisements can target specific people to encourage them to abstain from voting, special interest groups have a special incentive to discourage people from going to the polls. It may be difficult for a lobbyist to convince voters to support unpopular policies, but if they make sure that their opposition never even shows up to the polls, they won’t have to.

The New York Times published a piece claiming that voter turnout wasn’t the sole driver of Clinton’s 2016 defeat. However, ample evidence now suggests that interest groups, including the Trump campaign and the Russian government, were trying to prevent people from voting in order to hurt the Clinton campaign. The Special Counsel investigation revealed that Russian interference campaigns encouraged black and Muslim groups in the U.S. to abstain from voting or to vote for a third-party candidate as an effort to hurt turnout for Clinton-supporting demographic groups.

Social media posts promoting political apathy and cynicism were abundant during the 2016 election, and they resulted in low turnout for young people and minorities. While the final outcome of the race was due to several factors, the effect of voter apathy in deciding the outcome cannot be ignored. Powerful groups are spending their resources making sure their opponents don’t show up to the polls. Anybody who propagates the myth that boycotting the political system will somehow fix it is falling prey to Russian propaganda.

Already, there are examples of outright voter suppression in the U.S. Georgia’s elections board, under the direction of Republican gubernatorial candidate Brian Kemp, attempted to close seven of nine polling locations in a majority-black county. In Kansas, Secretary of State and Republican gubernatorial candidate Kris Kobach’s proof-of-citizenship voter law was struck down after criticism that it suppressed the votes of young people and minorities. A North Carolina measure also seeks to restrict early voting access, which would significantly impact black voter representation. Across the country there are ploys to keep “undesirable” demographics from voting.

Aside from states openly trying to engage in voter suppression, the subtle effect of Russian social media interference also seeks to disenfranchise entire demographics. An analysis of Russian                  Facebook ads reveals that Russian interest groups targeted Black Americans by promoting media to increase racial division, while also encouraging Black voters to stay at home as a form of protest. While not everyone exposed to the ads would have followed their instructions, it’s likely that targeted advertising influenced at least some of the turnout rates among black voters.

This is a far more insidious kind of voter suppression: weaponized apathy. Corrupt state governments can try to shut down voting booths and gerrymander districts to minimize their opponents’ voice, but the courts provide a legal recourse for us to best address these abuses of power. On the other hand, targeted ads on social media can influence our subconscious and induce a voluntary self-disenfranchisement among the parts of the electorate who support the “wrong” candidate.

Russia and the Grand Ole Party are currently acting in each other’s interests, and at the moment, their biggest concern is lowering Democratic turnout in the 2018 midterm elections. It’s tempting to look at government corruption and declare that the problem is too big to fix. It’s easy to throw one’s hands in the air and declare that there’s nothing a single voter can do, and therefore, there’s nothing a single voter should do. And yet, if these things really were true, powerful interest groups wouldn’t be trying so hard to convince the American public that they are.

Voter apathy is spread through social media because disenfranchisement is now a weapon. As easy as it may be to avoid voting in the midterm elections, casting a ballot is the surest way to send Vladimir Putin a clear message: that the American public does care about the outcome, and that elections like these do have consequences.

Here is where and how to vote in Massachusetts: http://www.sec.state.ma.us/wheredoivotema/bal/MyElectionInfo.aspx