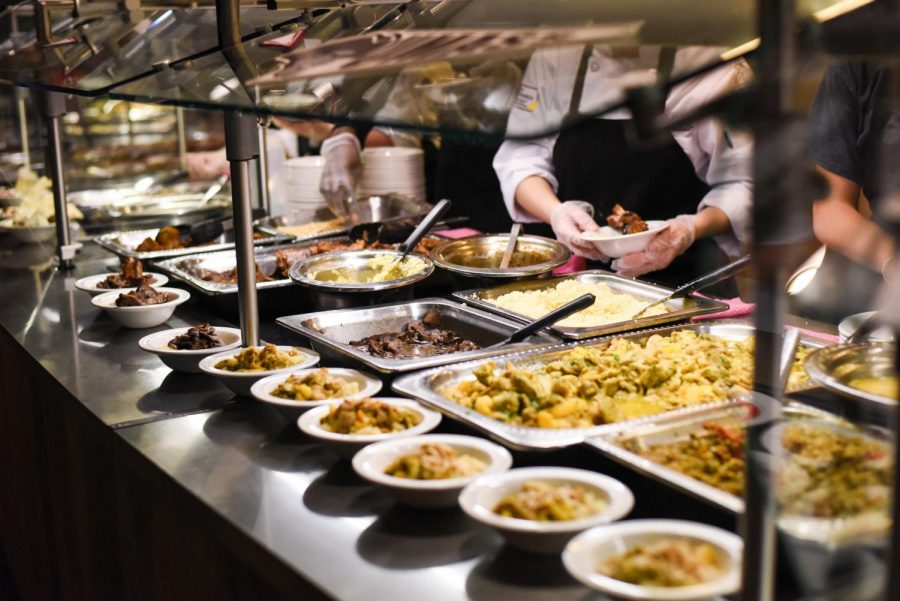 No two meals are ever the same at the University of Massachusetts. A variety of both retail and residential food options have won the University’s dining program consistent praise in the past.

This year is no different. For the third straight year, UMass has landed the number one spot on the Princeton Review’s 2019 list of top campus dining programs in the United States.

Announced in early August, UMass beats out Bowdoin College in Brunswick, ME and Virginia Tech in Blacksburg, VA in a ranking based off of 138,000 student surveys at 384 different schools.

“This is like a report card for us,” Christopher Howland, director of purchasing, marketing and logistics at UMass Auxiliary Enterprises, said. “It’s the students’ voice, they’re the ones giving us our grade and we are happy that we have performed well.”

The work to improve the University’s dining experience has taken years. According to a press release, overall participation since 1999 in the University’s meal plans have increased from 8,300 to more than 19,200.

Ken Toong, the executive director of Auxiliary Enterprises, said that UMass dining gives the University the opportunity to teach students about good nutritional habits, but that the learning opportunity is not mutually exclusive.

“UMass dining conducts student surveys two times a year to see what the students like and what they don’t like,” Toong said. “We see something like a 32 percent response rate on those. We take them very seriously.”

Toong predicted that listening to students is ultimately what will keep UMass dining at its number 1 spot for years to come. And in keeping with the times, this fall semester will mark the preliminary roll-out of a new online order-ahead service called “GET Food.”

Accessible through either a smartphone app or an internet browser, the “GET Food” service will allow students to order food for a specific pick-up time through use of their meal plan’s Dining Dollars or their UCard debit. At first, only Wasabi and Green Fields in Blue Wall will support this feature, though UMass dining hopes to add more options in the future.

“Say you know you’ll be in class and that you’re going to want food after — you can order ahead at 8 a.m. for a 12 p.m. pick-up time and you won’t have to wait in line,” Howland said, who worked on the program over the summer. “I was able to test it out and it’s exciting and also pretty convenient.”

The service will throttle order requests from students to ensure that the restaurants do not get swamped with too many orders, Howland said. As always, students can opt to order in-person.

“Students are time-stressed,” Toong said. “We need to understand what our student culture is — how they choose what to eat and how they look at food on a personal level.”

Toong said that a committed emphasis on fresh ingredients, a balanced nutritional diet and good service have attracted students to UMass dining.

UMass dining was first awarded the “best campus food” title in the Princeton Review’s 2017 edition of the list. Since 2012, UMass has consistently been placed in the top ten, according to the press release.

Both Toong and Howland agreed that the success UMass Dining has seen would not have been possible without the work employees have put in to the dining experience.

“We have a really great team, and that’s why we are number one,” Howland said. “I’m blessed to work with such a great team.”