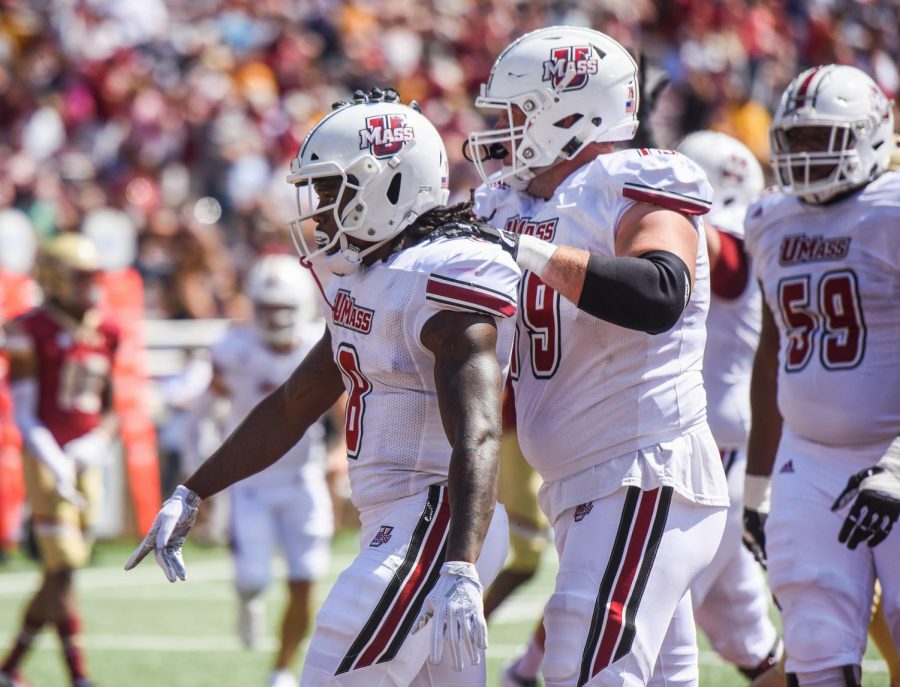 While the University of Massachusetts football team has already played two games, Saturday’s contest against Georgia Southern feels more like the season opener for the Minutemen.

UMass’ first two opponents were cut from two different cloths. Duquesne, an FCS school, didn’t present much of a challenge for the Minutemen, who took a 35-9 lead into the halftime break en route to a 63-15 victory. The following week presented one of UMass’ toughest opponents of the season, with Boston College controlling the game from start to finish in a blowout loss.

Georgia Southern will be the first opponent the Minutemen have faced that will present a competitive test for UMass.

“I thought this was a key game on our schedule,” UMass coach Mark Whipple said. “We were hoping to win the first and BC was going to be a test. This is a big game to get to 2-1. It’s the next game but I think it’s a little bit more than that.”

Saturday’s contest marks the second year in a row the Minutemen have faced off with the Eagles, last year being a 55-20 victory. The win was UMass’ first of the season, and helped catapult a strong end to the season in which it won four of its final six games.

This year’s Georgia Southern team will look very different from the one the Minutemen blew out a season ago. The Eagles brought in a completely new coaching staff, bringing a different scheme than the one UMass was able to exploit before.

“Every time you come off a loss you look at the next week as an opportunity to grow and learn from the adversity,” UMass quarterback Andrew Ford said. “We know Georgia Southern is a really talented football team and nothing that we did last year is going to be the same this year.”

“You look at each week as a new opportunity,” Ford continued. “Nothing good or bad in the past can help me this week. I’m just looking forward to taking another step this week personally and trying to help this team win a football game.”

One of the new faces on the Georgia Southern coaching staff comes from Appalachian State, as Scot Sloan moved over to the Eagles this season. The Minutemen saw Sloan’s defense a season ago, where they put up 30 points in a double-overtime victory over the Appalachian State Mountaineers.

Whipple has his team looking at the film from the Appalachian State game to prepare the offense for what they will face on Saturday.

“He’s brought their package,” Whipple said of Sloan. “It’s studying the things off of that tape a little bit more than watching last year’s Georgia Southern game. You look at personnel, now you’re looking at schemes on both sides.”

While Ford has been the starter in both games this season, Whipple has turned it over to backup Ross Comis on the second drive of each game. Whipple said the team has different packages that they use for the two quarterbacks and that it is preset when Comis will come into the game.

While the competition for playing time could cause a rift between teammates, Ford and Comis continue to have a strong relationship and help each other both on and off the field.

“We’re each other’s biggest fans,” Ford said. “My first year here we lived together and we’ve had a really good relationship ever since. What you see on the sidelines on Saturdays is how it is all the time where we’re pulling for each other and helping each other. I’m really lucky to have him on my side and we complement each other very well.”

Kickoff is scheduled for 6:00 p.m. Saturday in Statesboro, Georgia.