Minutewomen hope to bounce back from shutout 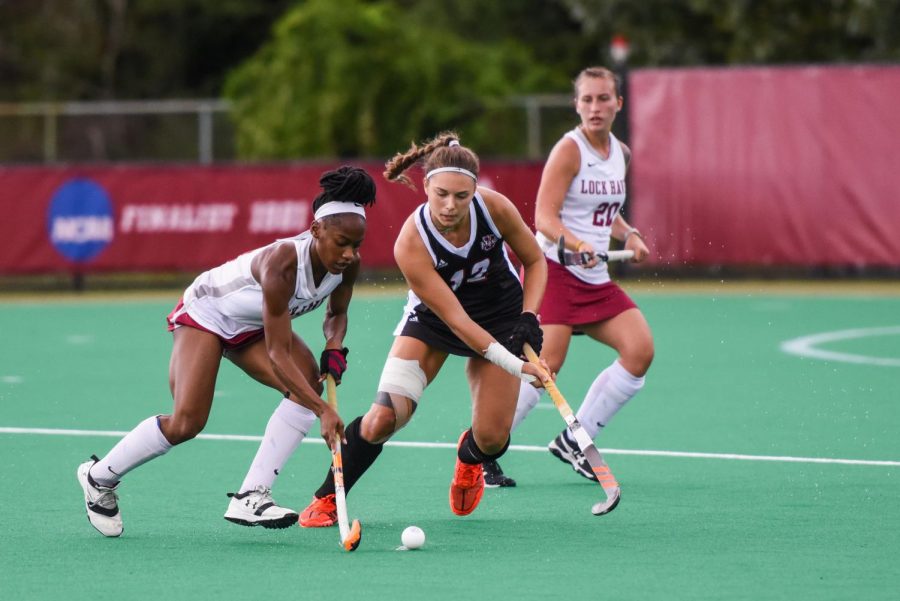 The Massachusetts field hockey team is preparing for the most important weekend of the season thus far, traveling to its first Atlantic 10 doubleheader this season. The Minutewomen first take on LaSalle on Friday, then face Saint Joseph’s on Sunday.

UMass, currently 1-0 in the conference after a double overtime win at home over Lock Haven, will need a very strong team effort to come away with two gritty road wins.

Coach Barb Weinberg is thrilled to have started conference play on a high note and looks to carry the momentum forward for this weekend.

“Getting the win the way we did against Lock Haven was huge for us, as with any A-10 opponent,” said Weinberg.

Despite coming off a 4-0 loss to Harvard on Sunday, the Minutewomen are not letting the shutout sink their confidence headed into these conference match ups.

“We felt good with how we came off against Harvard,” said Weinberg. “Late in the game we took some risks to try to even the score and we conceded two late goals, but we had to at that point in the match.”

Riding off Lucy Cooper’s double overtime goal that lifted UMass to a 4-3 win in their conference opener against Lock Haven, the sophomore forward feels momentum heading into the weekend.

“Whenever I can score a goal like that, it gives me a confidence boost heading into a high stakes game,” said Cooper.

Over the offseason, the Minutewomen graduated nine seniors, including offensive centerpieces Sarah Hawkshaw and Melanie Kreusch. This has allowed Cooper to take an early leadership role with a younger team.

“With Sarah [Hawkshaw] and Mel [Kreusch] gone, I feel like I’ve been talking on the field more, just trying to do everything I can to help the team execute, especially on offense,” said Cooper.

The large graduating class of 2017, paired with injuries, has forced the team to rebuild with the players and resources available . This has put more emphasis on the play of the younger players to step up even more. Weinberg believes that her strategy of looking to the bench and exposing younger players to larger roles has been effective thus far, and she plans to utilize that strategy this weekend.

“Our freshmen will be critical for us this weekend,” said Weinberg. “We rolled our bench a lot in the games against Lock Haven and Harvard and we look to do the same against LaSalle and Saint Joseph’s.”

“We’ve had some freshmen step up already, including goaltender Johanna Von Dem Borne and forward Chloe Hillier,” said Cooper. “Johanna has been our backbone in net, always giving us a chance to win games while Chloe has recently stepped up offensively, scoring big goals early in her career.”

The Minutewomen face off against the Explorers on Friday at 3 p.m., before taking on the Hawks at 12 p.m. on Sunday.

Tyler Movsessian can be reached at [email protected] followed on Twitter @t_movsessian.