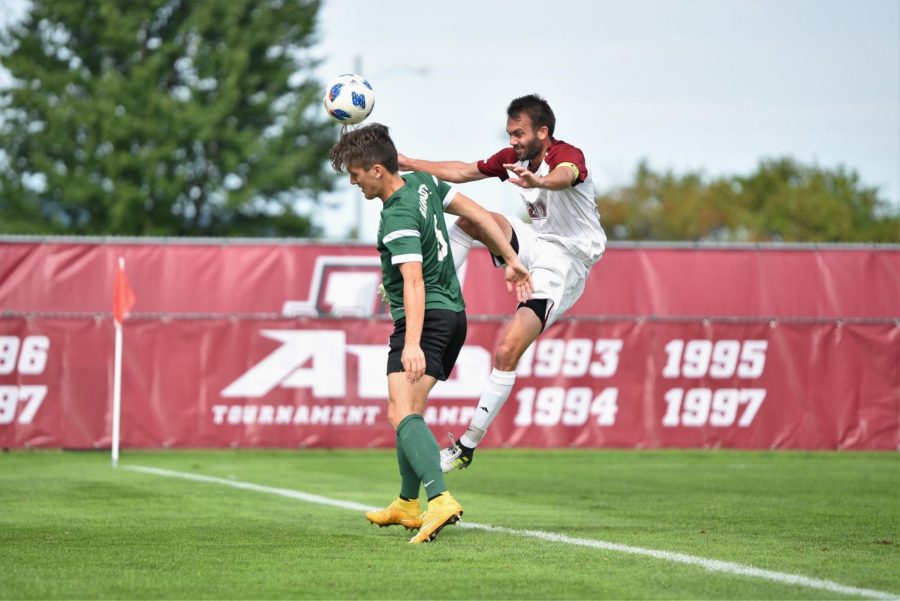 A late Dartmouth goal in the second overtime sank the Massachusetts men’s soccer team as it lost 1-0 to the Big Green.

Donawa delivered Dartmouth’s (1-4-1) first win of the season when he got behind the Minutemen defense and popped a strike into the back right of the net.

It was a physical game from start to finish that saw the Big Green maintain offensive possessions more often than UMass. The Minutemen battled with a strong defense that kept them in the game through the first half. Casey Hamill, Ryan Saul, Dylan Cranmer, Brandon Merklin and Eli Cronin anchored the backend for UMass.

“I think they pinned us in,” said UMass coach Fran O’Leary. “The wind was strong in the first half until it died down a little bit in the second half. We were very resolute in our defending. [It] could’ve went either way in the second half.”

Dartmouth used those possessions to generate a plethora of chances, bashing 15 shots while the Minutemen only registered five. Corner kicks also heavily favored the visitors as they finished with a 10-2 advantage.

Marvyn Dorchin was active in the Minutemen cage, making five saves in the loss.

The second half saw both teams aggressively creating offensive opportunities, though neither side capitalized. The tall stature of the Big Green’s goalie, Henry Stusnick, proved to pay off for Dartmouth as the Minutemen didn’t find the back of the net.

Forwards Jack Fulton and Yosuke Hanya created pressure on Dartmouth’s defense late in the second half as they tried to spark some momentum for the Minutemen. A couple corner kicks and free kicks had the crowd on their toes hoping for a breakthrough for the Minutemen.

The action reverted back to the pace of the first half in overtime. Dartmouth controlled possession for majority of the 10 minutes but still couldn’t initiate any success until Donawa’s goal sealed the win for the Big Green.

“We’ll have some weaknesses exposed, and that’s why we play these games,” O’Leary said. “We’ll dust ourselves off and look at the tape before we kickoff in the conference.”